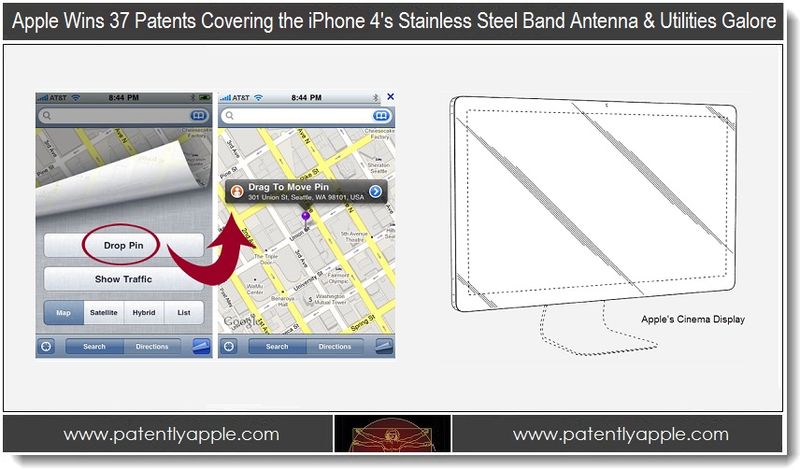 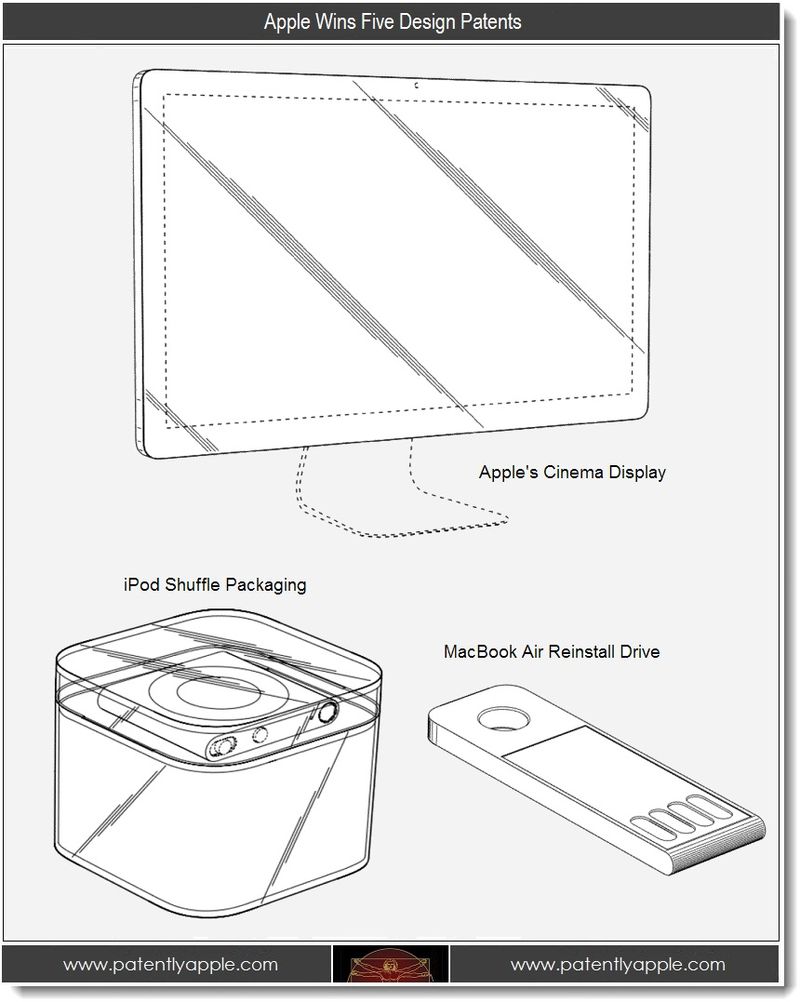 Apple has received a Granted Patent titled "Antenna for handheld electronic devices with conductive bezels" that relates to the iPhone's stainless steel antenna that's part of the iPhone 4 design.

Apple's patent describes "the bezel may be formed from stainless steel or other suitable conductive materials. A ground plane element in the housing may serve as antenna ground." Apple goes on to state that the bezel is "to provide structural support and to enhance the appearance and durability of the handheld electronic device."

8,170,216 Techniques for validating and sharing secrets: A security centric patent.

8,171,498 Adaptive service for handling notifications and synchronizing directories of a file system. 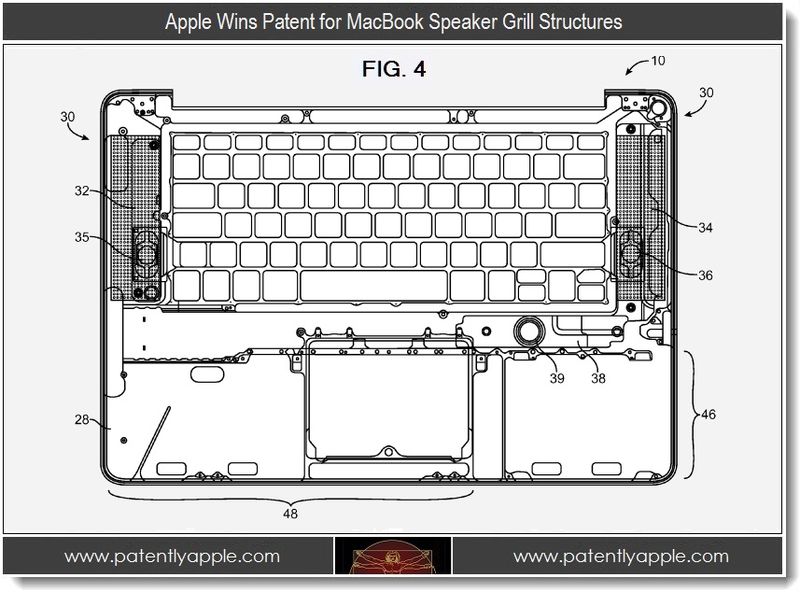 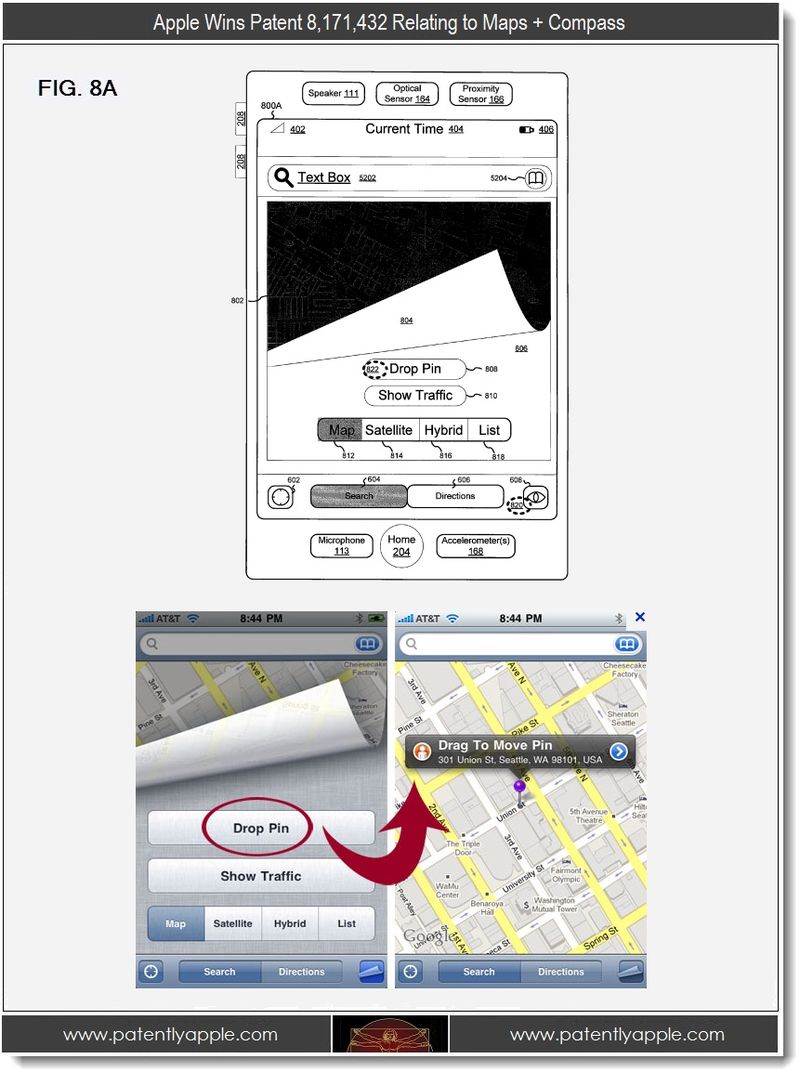 8,171,326 L1 flush mechanism to flush cache for power down and handle coherence during flush and/or after power down

8,171,293 Receiver non-repudiation via a secure device

8,171,277 Method and apparatus for booting from a flash memory without prior knowledge of flash parameter information

8,171,177 Enhancements to data-driven media management within an electronic device

8,169,235 Receiver to match delay for single ended and differential signals

8,171,042 Method and apparatus for searching metadata

8,170,828 Test method using memory programmed with tests and protocol to communicate between device under test and tester