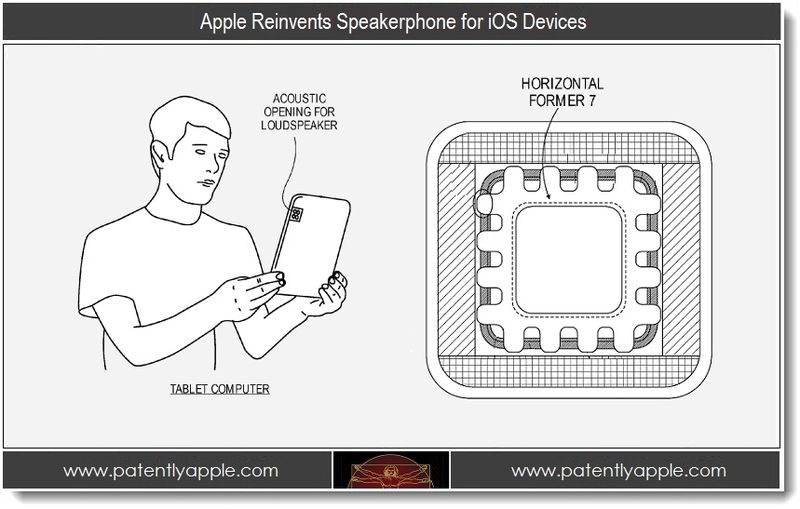 On May 17, 2012, the US Patent & Trademark Office published a patent application from Apple that reveals their intention of reinventing the speakerphone system for iOS devices. Although not detailed, the fact is that the new speaker positioning could provide iOS devices with general superior sound, even when docked.

Apple has invented a new speaker system that is primarily aimed at iOS devices such as the iPhone and iPad as noted in patent figure 7 below. Apple's patent is a technical patent and never really discusses the benefit to consumers other than the new speaker system will provide "improved performance." 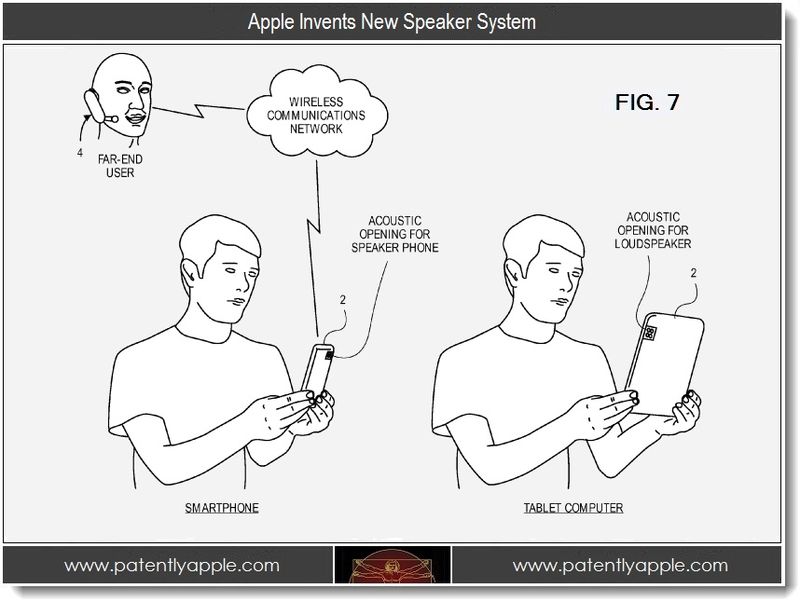 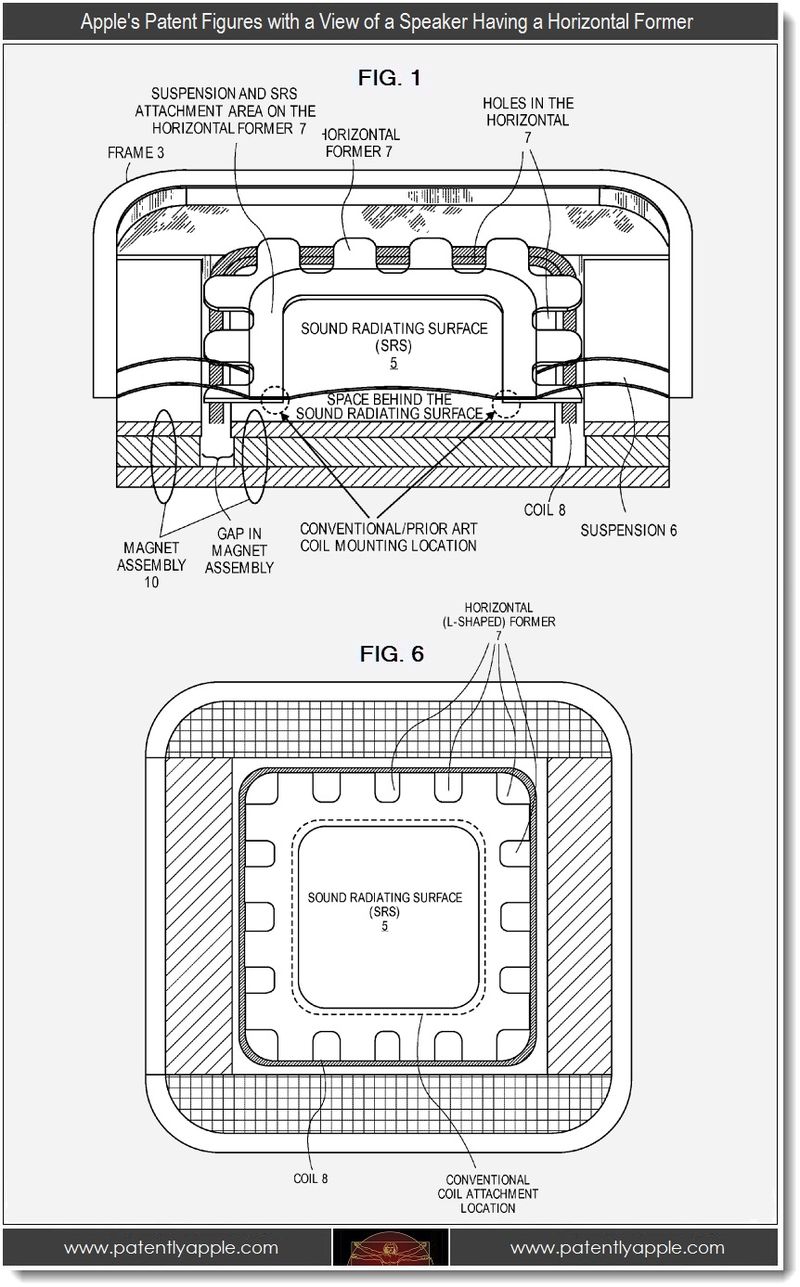 Interestingly the patent states that the former-cone element could be milled, cut or stamped from a solid sheet of material such as aluminum alloy (or other suitably lightweight yet rigid material). Technically this could be an application for liquidmetal. And lastly, if the speakerphone is to be placed on the back side of the iPhone, as noted in figures 7 above, then it would strongly suggest that the back side of the iPhone would have to be constructed with materials other than glass.

Apple's patent application 20120121121 was filed in Q1 2011 by inventor Christopher Raymond. Super geeks could view this patent here. This is an idea that Apple wanted to secure quickly, as the patent application claims the benefit of a provisional patent.

Separating Attachments Received From a Mobile Device: a continuation patent dating back to 2007 (20120122426).