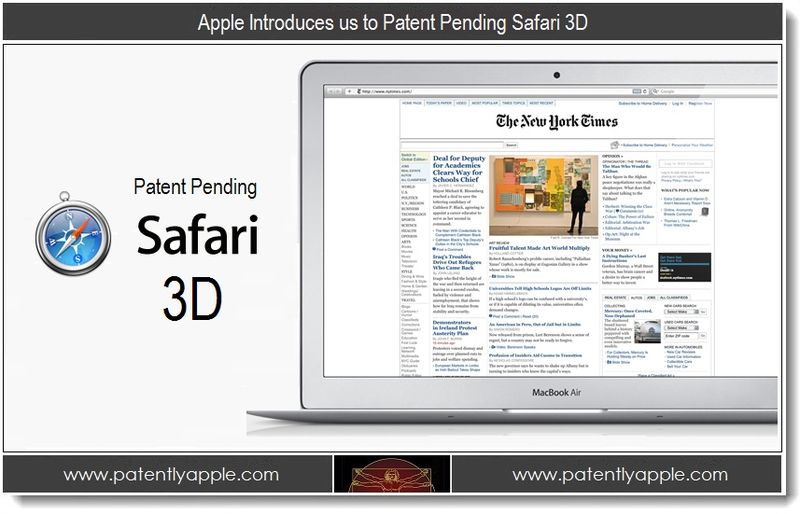 Patently Apple has been following Apple's patent applications over the years regarding future interfaces and three dimensional visions, and today we present you with a series of patent applications from Apple regarding Safari 3D. The 3D version of Safari will allow users to stack bookmarks, emails, docs and apps in a very interesting 3D manner. While we're definitely a few years away from shifting to 3D, it's still interesting to read up on the evolutionary thinking behind this shift from the minds of Apple's engineers.

A modern computing device, such as a personal computer, a smart phone, a game device, a handheld computer, a GPS device, and so on, includes a software operating system that allows the computer device to be controlled either directly by the user or by one or more application programs executing within the operating system.

Apple's invention generally relates to presentation and management of Desktop GUIs and opening windows on the desktop GUIs. Most of the discussion supports a 3D version of Safari.

As shown in Apple's patent FIG. 1B below, the currently selected stack is shown to be stack 138, and the current active window in the desktop is the window 138a shown in the frontal view. When a pointing device is hovered over the lower portion of the stack 138, the window 138a is rotated about an axis parallel to the group plane and falls back into a horizontal position and presented in a side view. The next window 138b below the window 138 in turn could be rotated about an axis parallel to the ground plane into an upright position and presented in the frontal view. Now, the window 138b becomes the front window of the stack 138 and the current active window of the desktop. 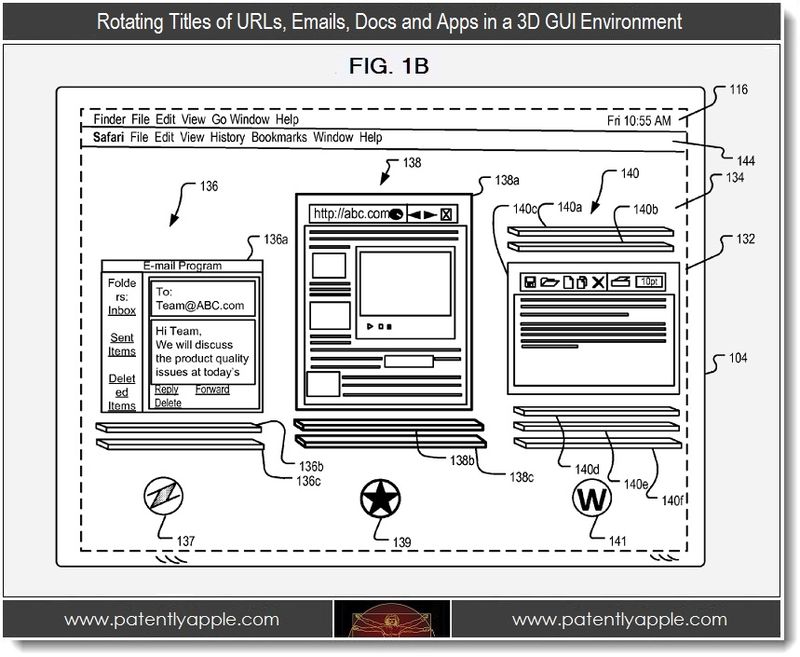 Apple's Safari 3D browsing invention is extremely wordy and in order to really understand it all, you have to read it all. For those wishing to review this patent in full could do so by visiting patent application 20120131496. Additionally, we've provided you with Apple's patent abstracts and convenient links to the other two patents in this series regarding Safari 3D. 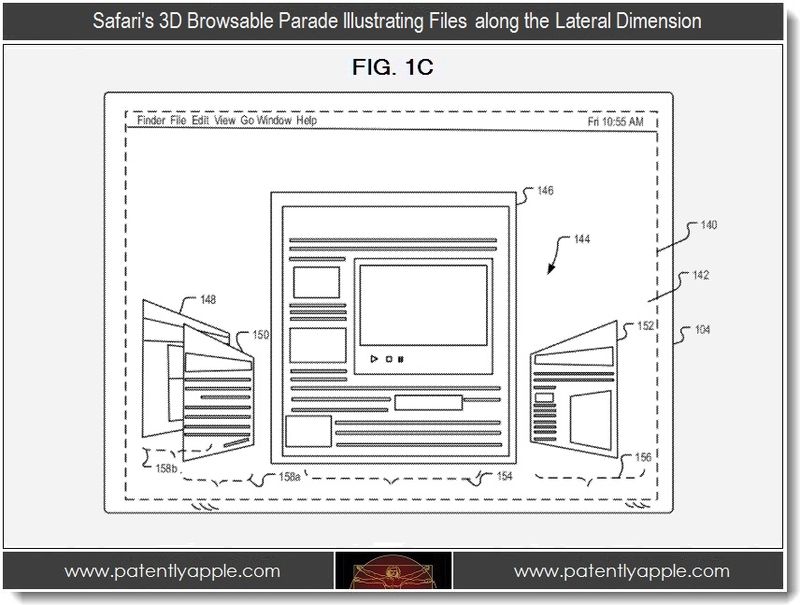 Note to Referring Sites: We ask that referring sites limit the use of our graphics to a maximum of one per report. Thank you for your cooperation.