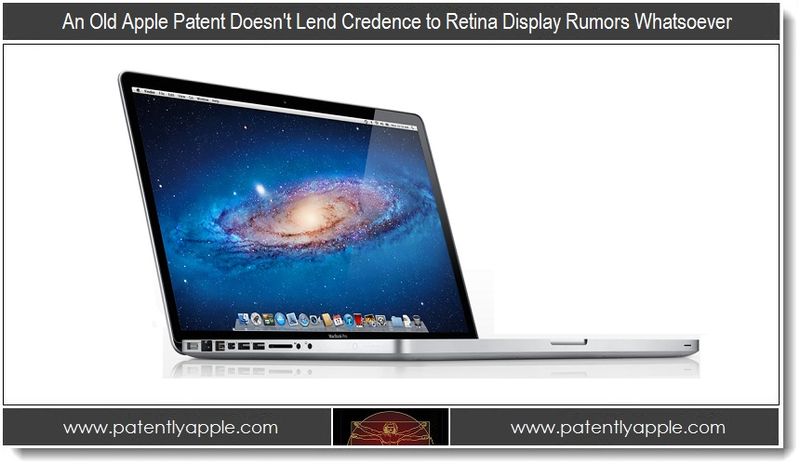 A report posted by Wired's Gadget Lab today stated that "It looks like we'll be getting MacBook Pros with Retina displays sooner than later — or at least that's what we've gleaned from a recently published Apple patent application and comments from an industry expert regarding Apple's supply chain." Someone is mixing things up and slapping lipstick on a pig. The patent application published today is simply a continuation of a 2007 patent and doesn't lend credence to retina-display Rumors.

We noted in our early morning report that Apple's patent application titled "User-Interface Design" was a continuation patent that in fact dates all the way back to 2004. It has nothing to do with supporting current retina display rumors as is being reported. How anyone could glean anything close to this is seriously not reading the patent carefully enough. See Apple's Cross Reference notes below.

One of the reasons for the continuation, as is many times the case, is that Apple has drastically reduced their claims from 52 in the 2004 patent application down to today's 19. This doesn't support a theory that all of a sudden reducing claims is equated with clarifying or advancing a retina display.

I, like most Apple fans, will be pleased to see the retina display on MacBooks - but that has nothing to do with a simple claims update made to a 2004 patent application equating to proof or credence to Apple's next gen display debuting on future MacBooks.