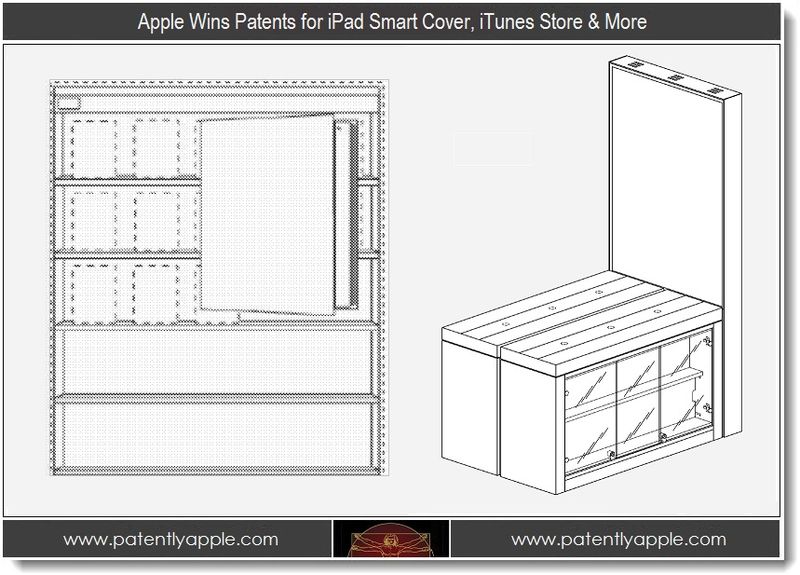 The US Patent and Trademark Office officially published a series of twenty-five newly granted patents for Apple Inc. today. The vast majority of today's granted patents would be considered utility based patents for things such as connectors, security, networking and more. Yet a few that stood out include Apple's second iTunes Store related patent in as many weeks and Apple's fifth win for Time Machine, their OS X based backup software. To close things off, Apple has been granted four design patents covering an in-store display structure and much more.

Apple Wins another Important Patent for the iTunes Store

Apple has been granted their second patent for the iTunes Store in the last two weeks. Apple's patent 8,166,508 is for a content rental system and was originally filed in January 2008. 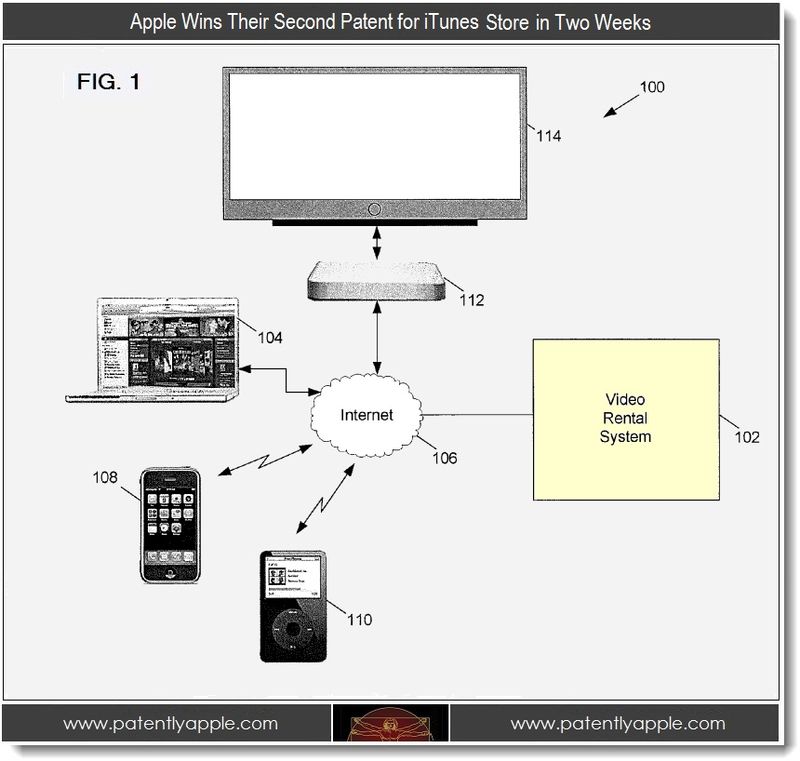 Apple has been granted their fifth patent (8,166,415) for Time Machine back up software. 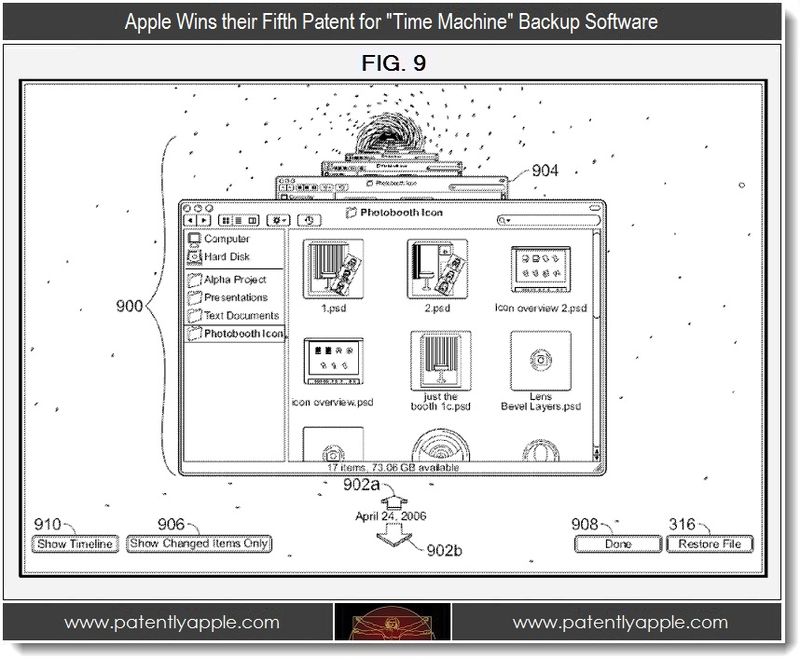 Apple has been granted several new design patents by the US Patent and Trademark Office today. The first is for an Apple Store Display Structure (D657,978). The structure appears to be designed to carry in-stock items under a demonstration table. This particular structure isn't available in all stores at present. Update April 30, 2012: A community member by the name of  "Willilam," was good enough to suggest that the store display noted below is used by partnering retailers who offer an Apple's Store-within-a-Store" presence. Here's one example. Thanks to "William" for that link. The second noteworthy design wins goes to Apple's iPad Smart Cover (D658,186) while the third design wins goes to Apple's iMac (D658,190). 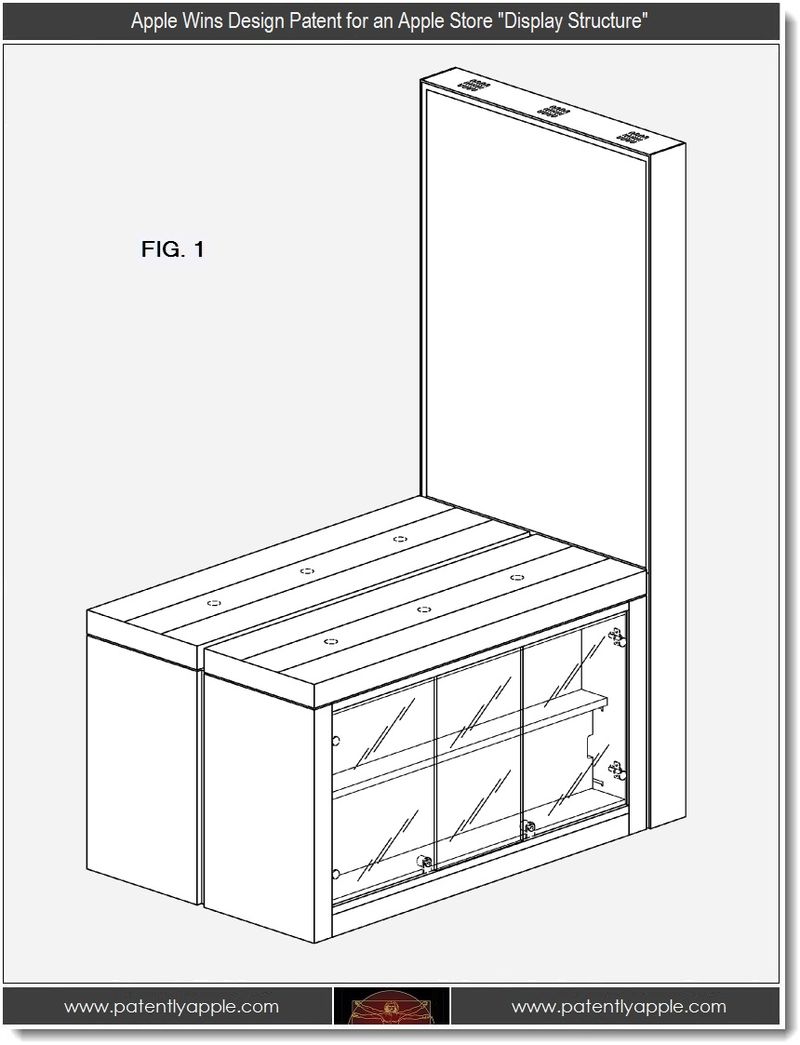 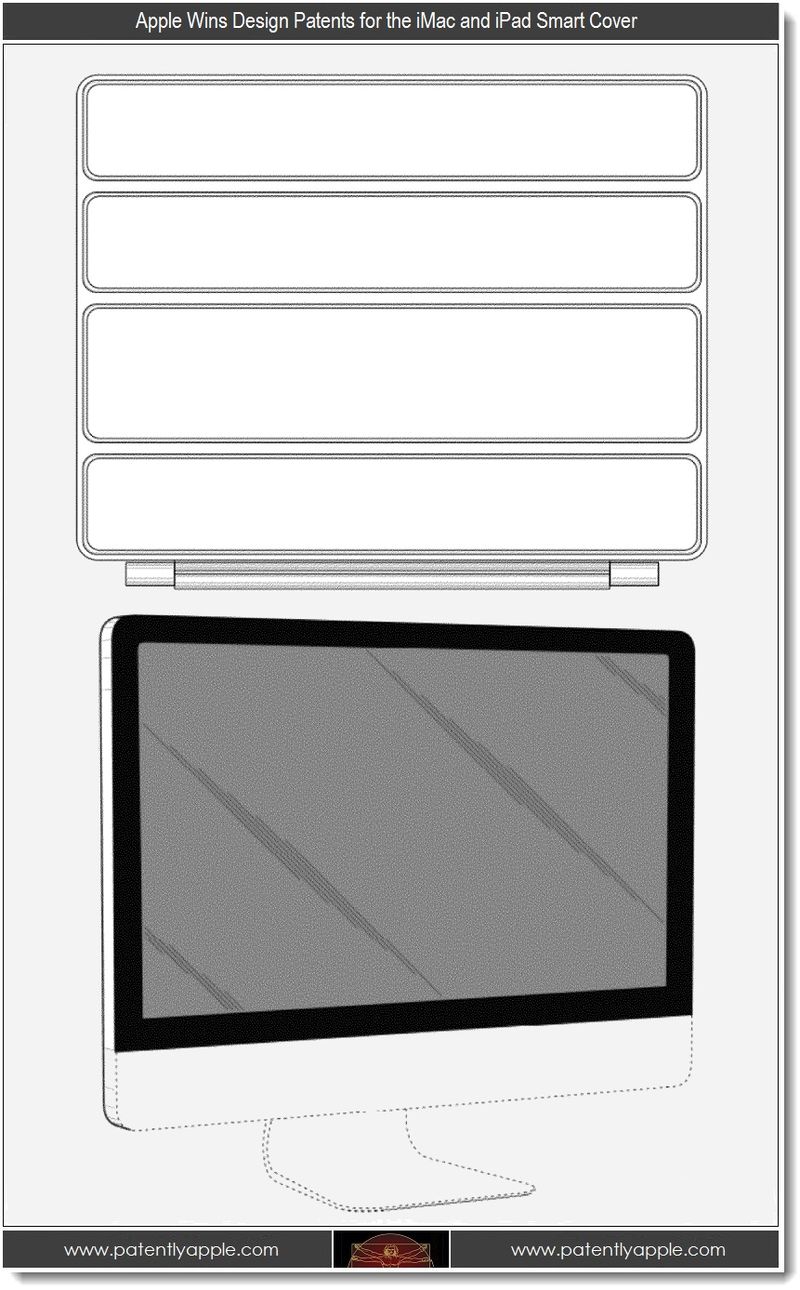 Two additional designs patents that Apple received today include the iOS based Newsstand icon (D658,195), as seen in our cover graphic, and a power adapter (D658,123), which is Apple's second win in as many weeks.

8,166,324 Conserving power by reducing voltage supplied to an instruction-processing portion of a processor

8,165,546 Communicating radio presets between a portable media player and an accessory

8,163,990 Methods, programs, storage media and systems for recording and compiling a music section

8,162,688 Connector receptacle housings having reduced-wear finger contacts and reduced seam visibility: invention provide structures, methods, and apparatus for connector receptacles that have a reduced tendency to scratch and otherwise cause wear to connector inserts, have an improved tactile response when connector inserts are inserted, and have an aesthetically desirable appearance.

Apple Has Won a Retail Packing Design Patent in Canada 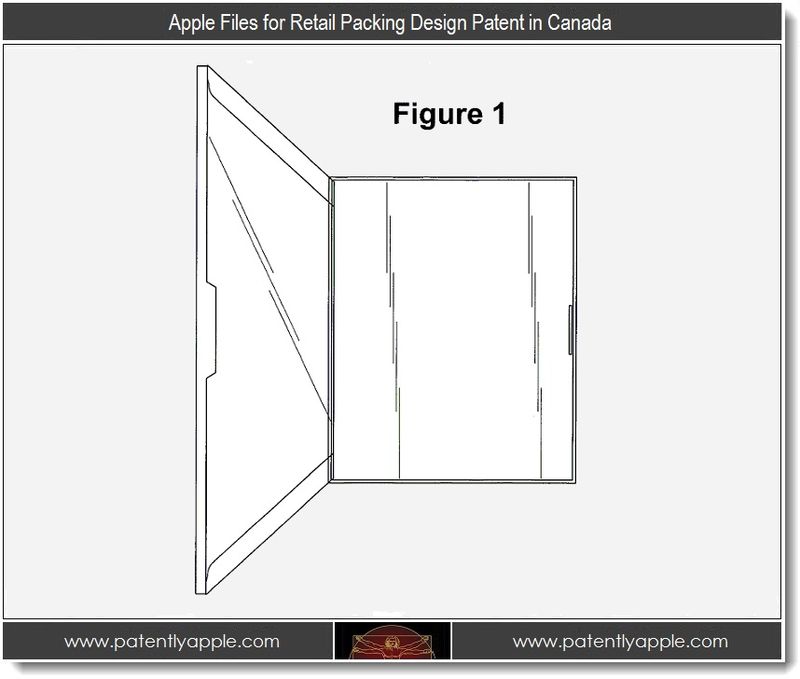 A retail packaging patent of Apple's has been registered in Canada, which is the US equivalent of being "granted." The registration number is 142224. If someone is familiar with what this packaging is for, then let me know. Update April 25, 2012: Macite Wil Genovese confirms that the packaging is for the iPad's Smart Cover. When I purchased my new iPad the Apple Store rep put it all together for me in the store and threw out the packaging. Ha! I should have paid closer attention. Thanks Wil for contacting Patently Apple with your feedback.