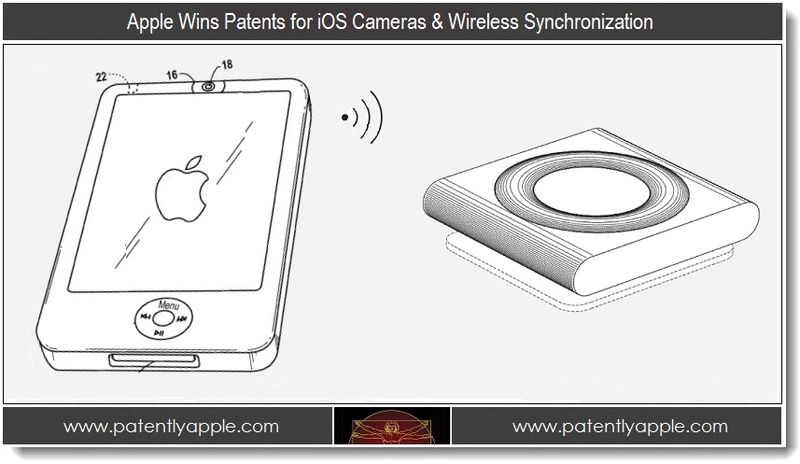 The US Patent and Trademark Office officially published a series of seventeen newly granted patents for Apple Inc. today. Noteworthy are two patents relating to iOS cameras and one for wireless synchronization. It's unknown at this time if Apple's wireless synchronization patent will be retained for purely defensive purposes or used offensively to challenge competing products.

Apple has received a Granted Patent that relates to iOS cameras having a microelectronic image sensor array and associated imaging optics, and more particularly, to techniques for controlling an LED-based camera flash in an electronic rolling shutter (ERS) camera. 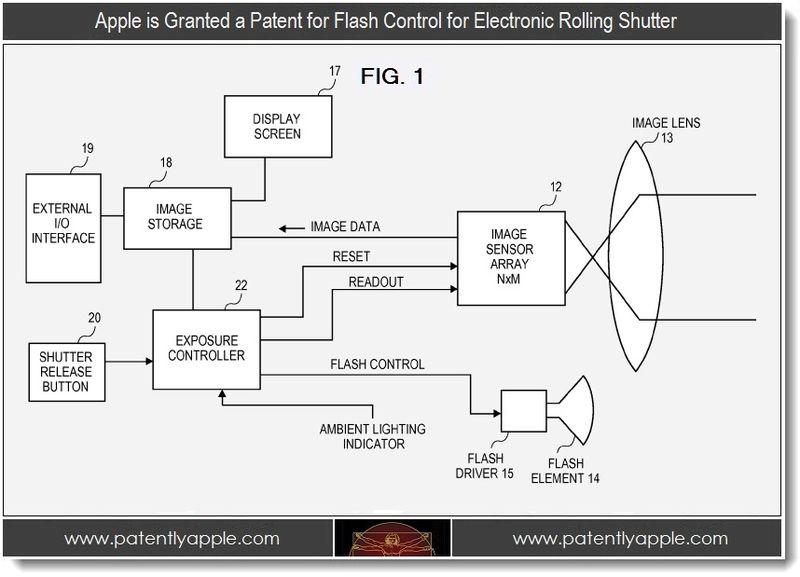 Apple has received a Granted Patent that relates to digital cameras and, more particularly, to calibrating digital camera components to minimize manufacturing variations in such components. 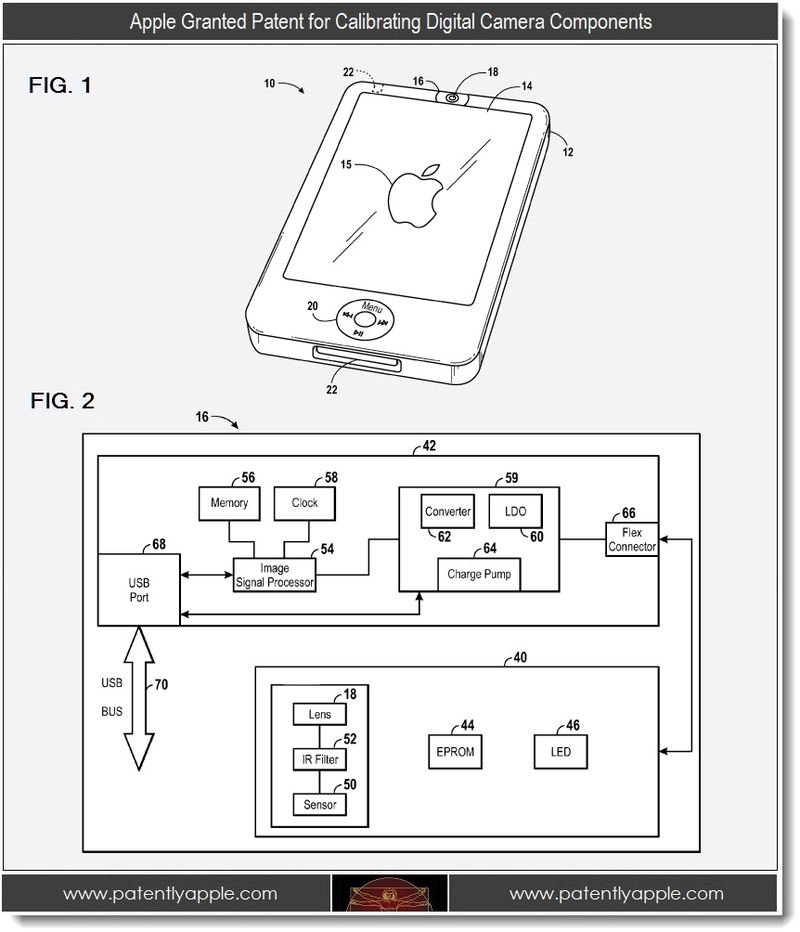 Broadly speaking, Apple's granted patent relates to interaction between a host computer (e.g., personal computer) and a media player over a wireless channel. The interaction over the wireless channel can be used to automatically synchronize media contents stored on the media player with media contents stored on the host device.

It's unknown at this time if Apple's invention will be for pure defensive purposes or one that they could be used to challenge competing products. While synching has existed for some time, it's the manner in which Apple's media manager organizes content during the synchronization process so as to automatically synchronize media content stored on the media player with media content stored on the host device that's key here. This granted patent could also support any future iCloud related patent. 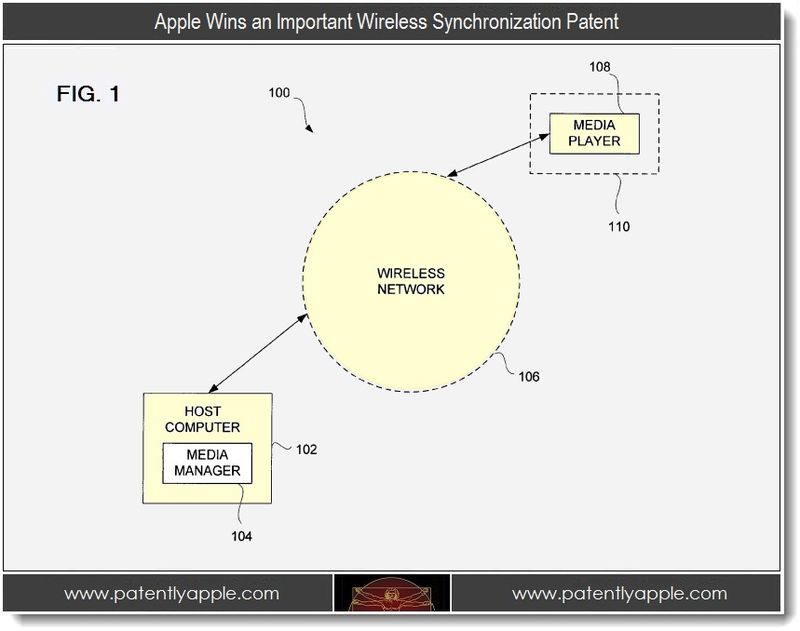 Apple has been granted a design patent today covering their current iPod shuffle (fourth generation). The first model was announced at the Macworld Conference & Expo on January 11, 2005; the current fourth generation model was introduced on September 1, 2010. 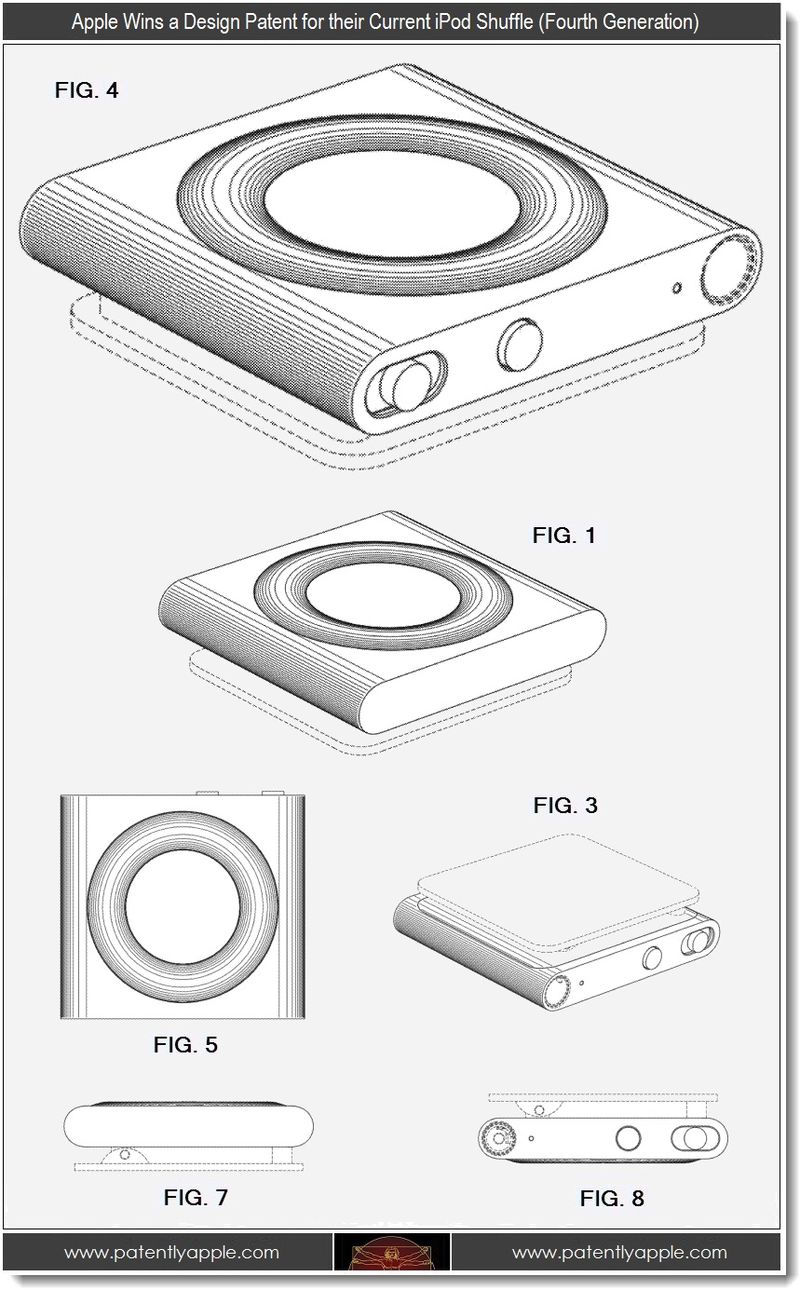 Other Patents Granted to Apple Today 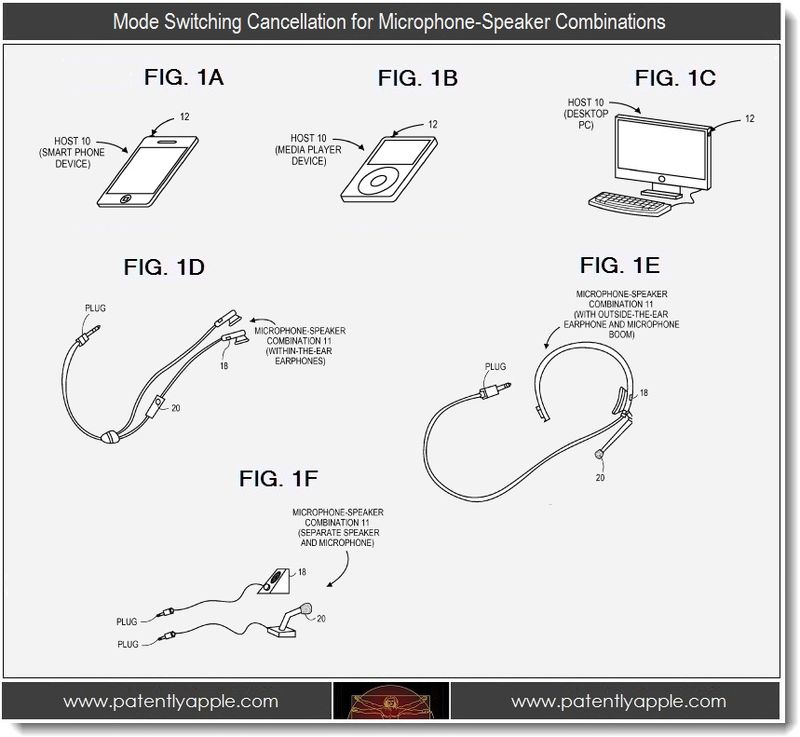 Stabilizing directional audio input from a moving microphone array: Apple's invention relates to the field of audio beamforming; and more specifically, to the aiming of audio beamforming. It has nothing to do with iTV as another Mac site is questioning in their byline today.

Active enclosure for computing device: Covers the illuminated logo on the MacBook and all the way back to the transparent plastic bubbled iMacs. 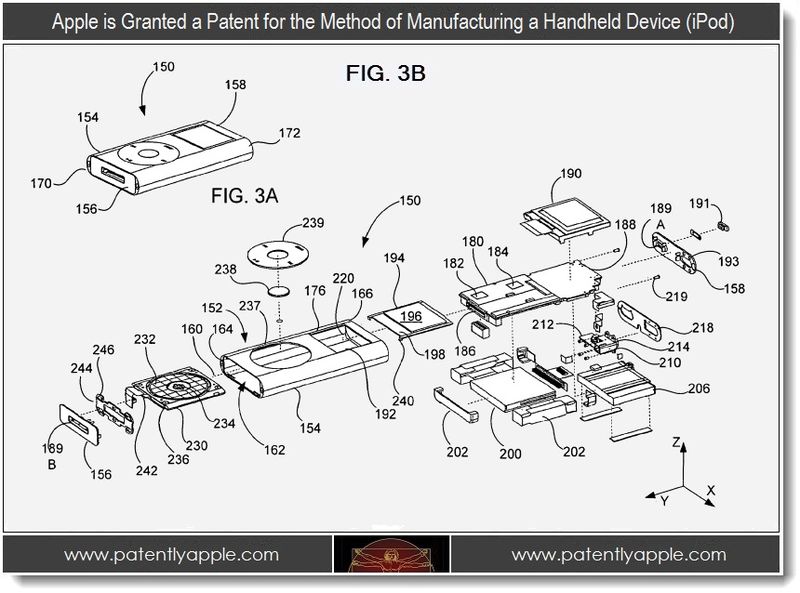 Method and apparatus for an improved stack arrangement and operations thereon

Methods and systems for managing data

Update: Here's some Crazy iPad humor titled "So dad, how do you like the iPad we got you?" This is a Foreign language video.