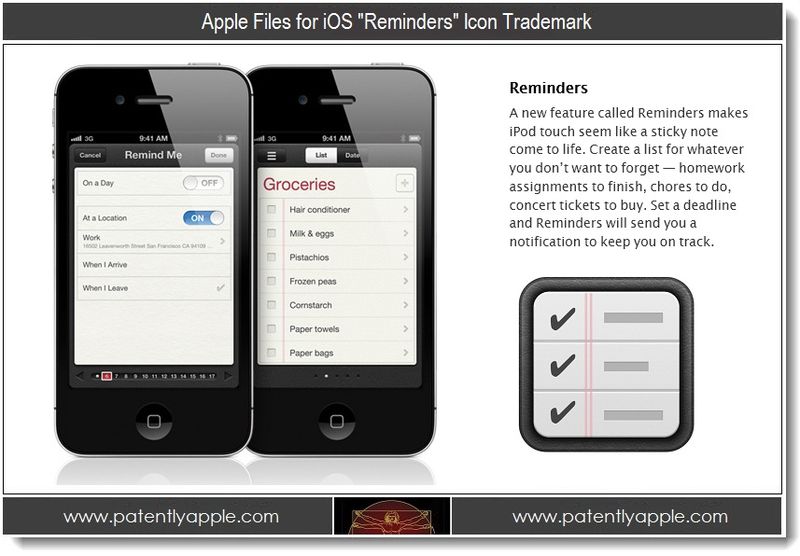 On April 4, 2012, the US Patent & Trademark Office published Apple's latest trademark application for their "Reminders" App icon under application 85585420. Apple's Reminders App lets users organize everything they have to do by deadline, priority, location, or custom-made lists. And as a due date gets closer, Reminders sends you an alert so you stay on track. As Apple puts it, the reminders app lets your iOS device "seem like a sticky note come to life." 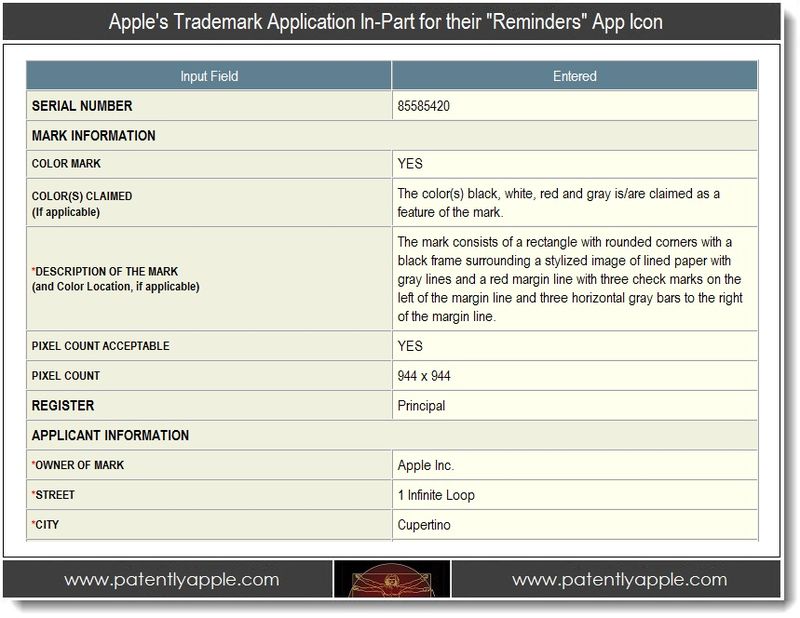 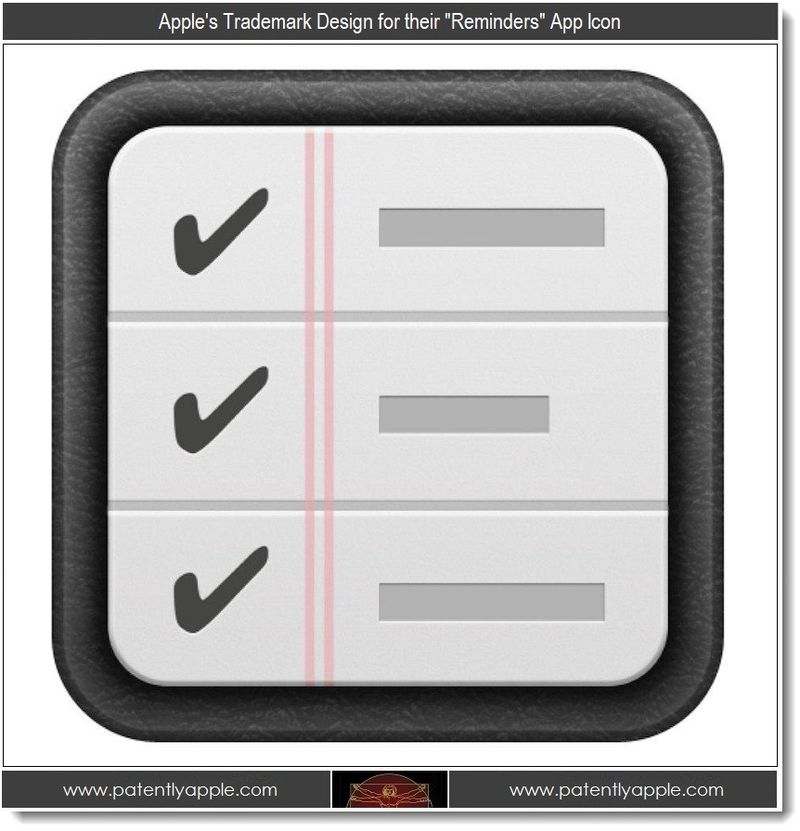 Apple has filed their trademark under the sole International Class of 009 which covers "Computer software; computer software for creating, editing, managing, and viewing to do lists and reminders."

Update 1:30 MST: Apple has filed an update to their iSight trademark to cover the iPad or "tablet computers" under international class 009. Tim Cook had mentioned that little factoid during Apple's Special Event launching the new 2012 iPad. The 5 Megapixel Camera is considered an iSight Camera. The new filings were made in Europe and Hong Kong China today and a US filing is likely to be published shortly.