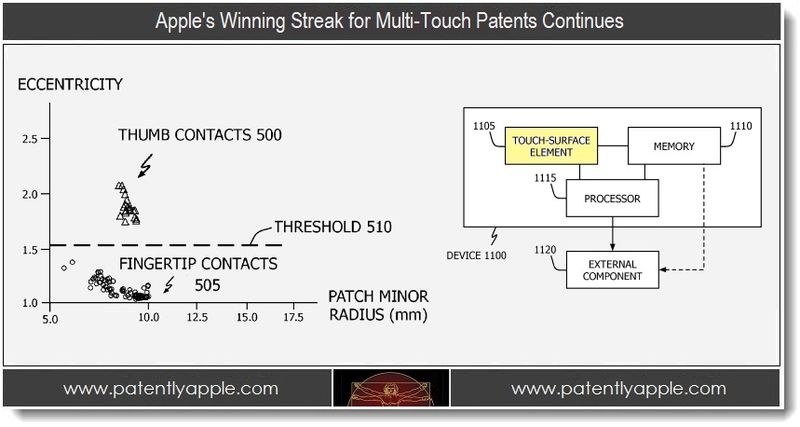 The US Patent and Trademark Office officially published a series of twenty-five newly granted patents for Apple Inc. today. In our first granted patent report of the day, we cover Apple's win for a design patent relating to the MacBook Air's Solid State Drive and another foundational Multi-Touch patent that dates back prior to the iPhone's initial launch. Apple's latest multi-touch patent focuses on input discrimination. Apple has won dozens of Multi-Touch patents thus far and it's one area that Apple intends to protect. In fact Apple launched a lawsuit against Motorola back in 2010 to make that point perfectly clear. Apple's multi-touch patents have been steadily rolling out over the years. In 2011 alone, Apple hit a Multi-Touch Patent Grand Slam in April, won more in September and again in November with two high profile multi-touch patents. To kick-start 2012, Apple was granted five more Multi-touch patents in late February. Today's patent provides Apple's legal team with yet more ammunition on this front and the streams of such patents are likely to continue for many years to come.

Apple's winning streak for Multi-Touch patents continues today with one that generally relates to methods and devices for discriminating between various inputs to a multi-touch touch-surface input device.

Back in 2007, Apple's engineers introduced this particular aspect of multi-touch this way: Unlike earlier input devices, touch-surfaces now becoming available are capable of simultaneously detecting multiple objects as they approach and/or contact the touch-surface, and detecting object shapes in much more detail. To take advantage of this capability, it is necessary to measure, identify and distinguish between the many kinds of objects that may approach or contact such touch-surfaces simultaneously. Prior art touch-surface systems (including their supporting software and/or circuitry) do not provide a robust ability to do this. Thus, it would be beneficial to provide methods and devices that identify and discriminate multiple simultaneous hover or touch events such as, for example, two or more closely grouped fingers, palm heels from one or more fingers, fingers from thumbs, and fingers from ears and cheeks.

Another method includes obtaining a proximity image, segmenting the image to identify a plurality of patches (each patch having one or more pixels and each pixel having a value), reducing the value of each pixel in a non-linear fashion, determining a minor radius value for each patch, identifying those patches having a minor radius value greater than a specified radius as a palm contacts, and using the identified patch to control an operation of a touch-surface device. 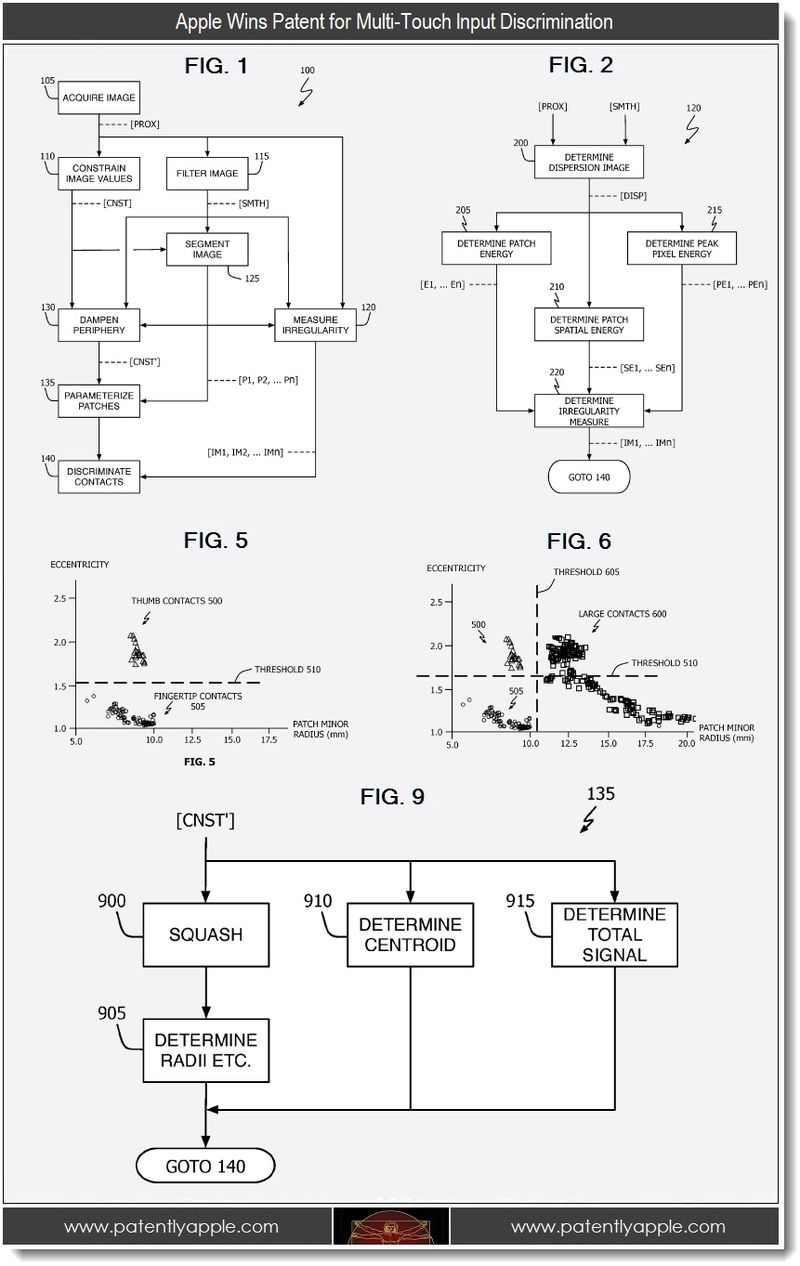 To review Apple's thirty four patent claims, see granted patent 8,130,203. Apple credits Wayne Westerman as the sole inventor of this patent which was originally filed in Q2 2007 prior to the iPhone's official Launch. In 2005 Apple acquired a gesture recognition company by the name of FingerWorks. Wayne Westerman was one of the co-founders of that company.

Apple has been granted a design patent today by the US Patent and Trademark Office relating to the MacBook Air's Solid State Drive (SSD). The photo of the SSD is from an iFixit MacBook Air teardown. Apple was granted three such patent designs by China's IP Office back in April 2011. 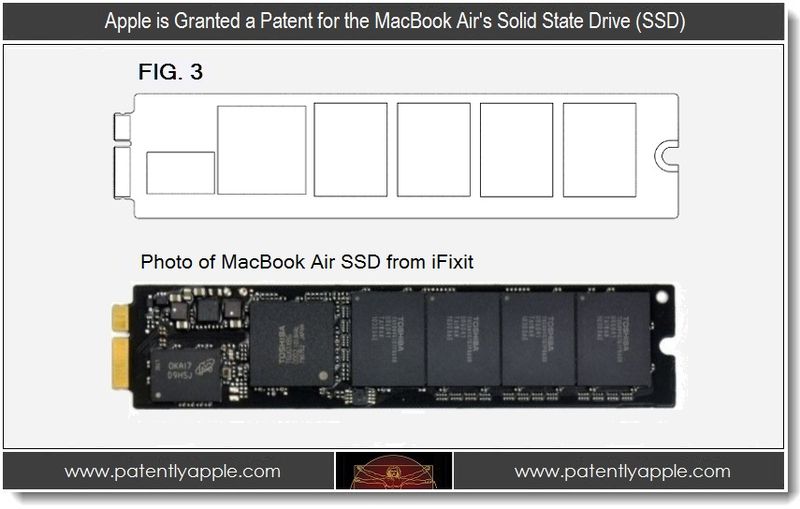 8,132,152 - Extending a scripting language to provide an object hierarchy