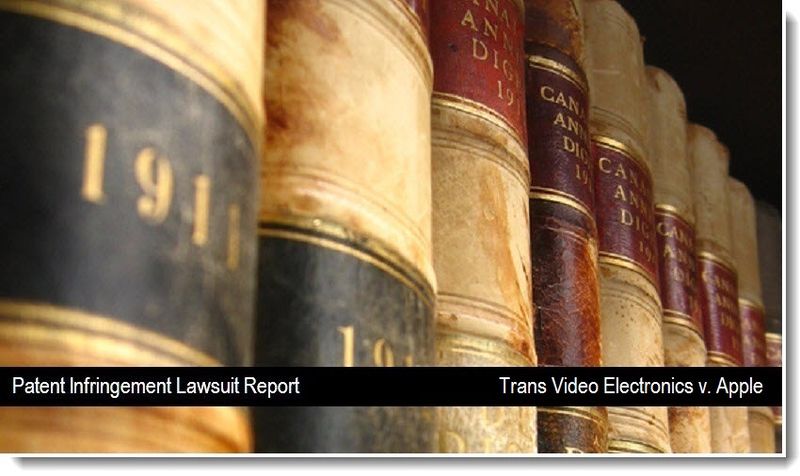 A Washington DC Communications Consulting firm known as Trans Video Electronics is suing Apple for video distribution over the iTunes Store network. The same patents in this case were used in a prior case against Sony. In October 2011, Sony won their case against Trans Video Electronics Ltd. who was suing them for video distribution technology used in the PlayStation Network. I guess some believe in the old adage that "If at first you don't succeed, try, try again.

According to the official Complaint filed with the court, Trans Video Electronics is claiming that Apple has and is infringing upon their patents 5,991,801and 5,594,936 which are both titled "Global digital video news distribution system." 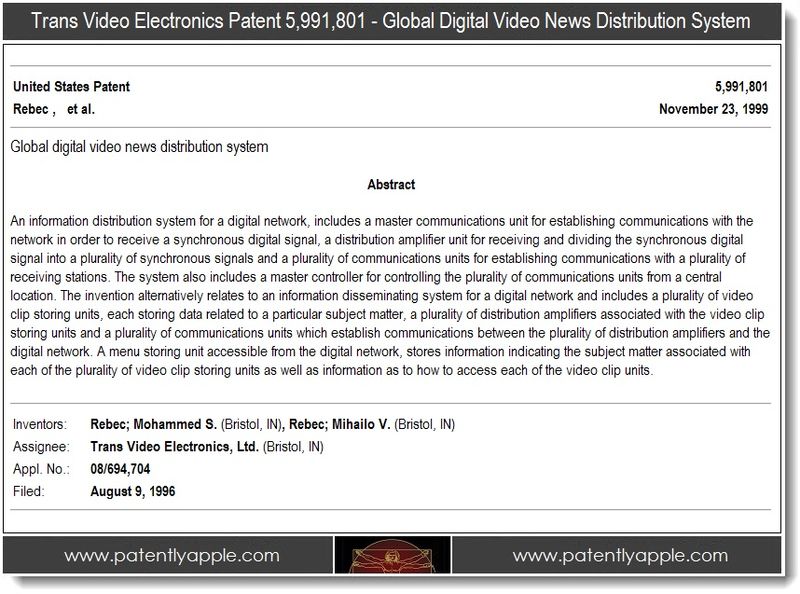 According to Trans Video Electronics, Apple has been, and currently is directly, literally and/or upon information and belief, jointly, equivalently, and/or indirectly infringing (by way of inducing infringement by others, and/or contributing to the infringement by others) patents 5,991,801 and 5,94,936 in the District of Columbia, in this judicial district, and elsewhere in the United States by, among other things, making, using, operating, distributing, offering for sale or license, selling or licensing, and marketing, supporting and advertising certain of its products and services, including the iTunes Store, the Apple TV, the iPad, the iPhone and the iPod Touch for video distribution, including downloading, streaming and/or storing, that embody and/or practice the inventions claimed in the'801 patent. 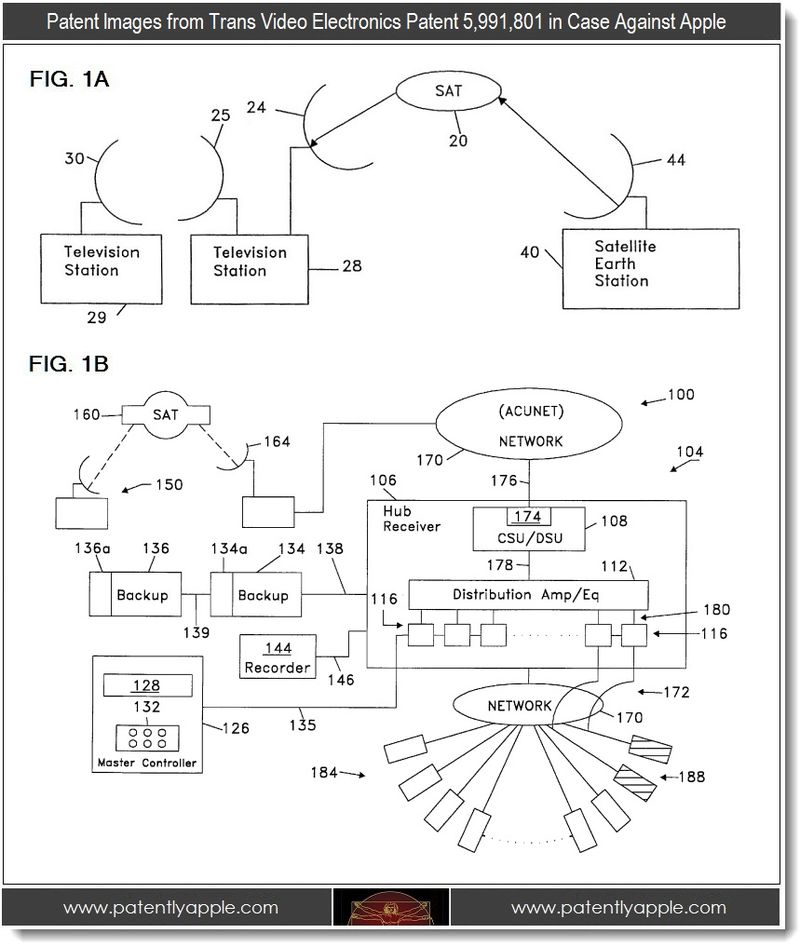 Trans Video Electronics is stating that the infringement has been willful on Apple's part and therefore seeks the court to award them triple damages. The case was filed in the United States District of Columbia, Washington, DC. The presiding Judge in this case is noted as being Judge Robert L. Wilkins.