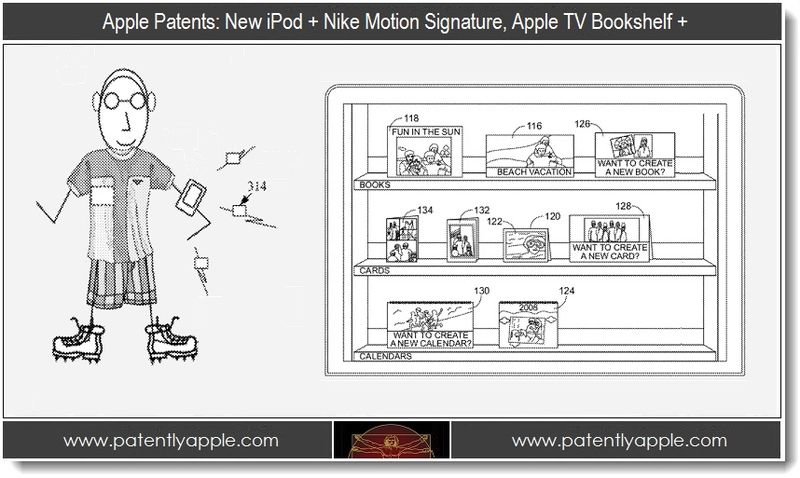 While we never found Apple's flying car patent that we keep hearing about, we did discover a tiny eclectic mix of practical patent applications worth noting. If appears that Apple may have at least two app upgrades in the works for iPod + Nike and Cards. Additionally, Apple may have a new Apple TV centric app that will allow us to nicely display our home movies, photos and digital post cards on. And lastly, Apple has invented a new way of wirelessly connecting iOS devices to modern car stereos and other accessories. If we're lucky, some of these ideas should be make their way to us in the not too-distant future.

While most people appreciate the importance of physical fitness, many have difficulty finding the motivation required to maintain a regular exercise program. Some people find it particularly difficult to maintain an exercise regimen that involves continuously repetitive motions, such as running, walking and bicycling.

Experienced athletes and trainers have found that feedback provides many people with motivation to maintain a regular exercise program. When a person could directly experience the results provided by an exercise program, that person typically will be encouraged to continue exercising. Recently the use of athletic information monitoring devices as represented by the Nike-iPod system has become commonplace. Typically, an athletic information monitoring device will incorporate a sensor for measuring parameters relating to the person being monitored and a portable computing device attached to or carried by the person for processing the parameters measured by the remote device. In many cases the sensor and computing device share a wireless communication channel used for passing information between the remote device and the computing device. In order to establish the wireless communication channel a handshaking process (also referred to as pairing) is performed. The pairing process is typically triggered automatically the first time a remote device wirelessly receives a connection request from the computing device with which it is not yet paired.

Many experienced athletes and trainers also have found that competition may provide an even stronger motivation to maintain a regular exercise program. Some athletes, for example, will be more motivated to exercise when competing against a partner than by exercising alone. These athletes may, for example, exercise with a partner, enter into athletic contests such as races, or even just compare their current performance ability with a friend's. Unfortunately, in those situations where more than one remote device is within wireless range of the computing device, the connection request sent by the computing device could be received by more than the target remote device each of which could respond resulting in pairing with a remote device that is not the target remote device.

At times when you're in a gym, your iPod could have problems with either the machine you're working on or get interference from other devices nearby. Apple's new motion signature will all for information to include various encryption parameters, Quality of Service (QoS) parameters, device identifiers and so forth so that interference is a thing of the past. For More information on this, see patent 20120050153 titled: Intelligent Pairing of Electronic Devices.

Here's a temporary link to the patent that's only good for a day or two from this report's posting date. After that, the link will direct you to an incorrect patent. 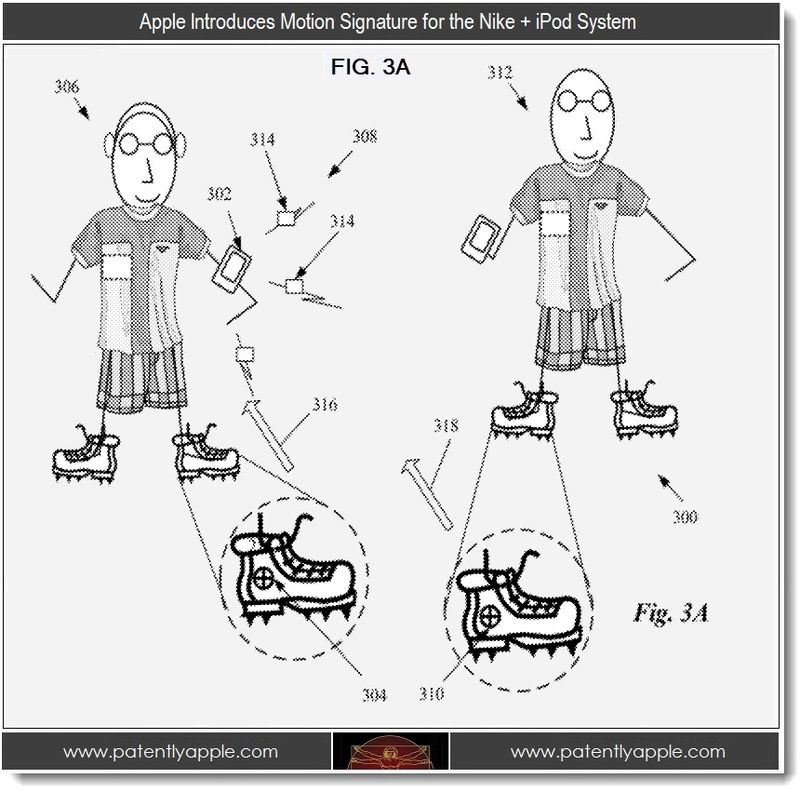 In patent application 20120052807, Apple details new techniques that will work with modern in-car stereos so that the iPhone, for example, so that it could hook up quicker and provide more control of the content of the stereo. 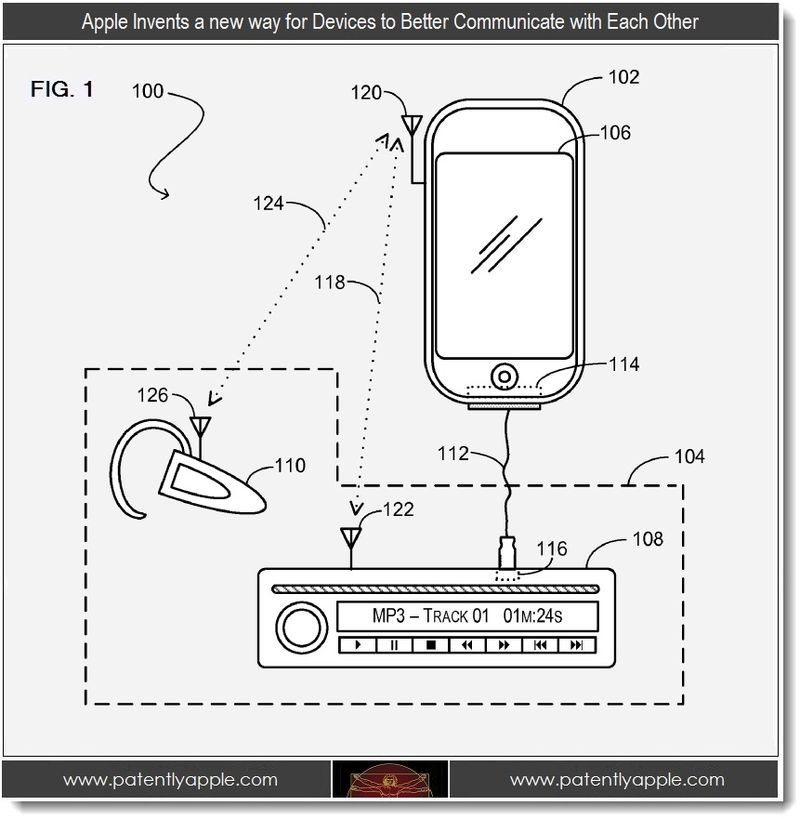 Here's a temporary link to that patent that's only good for 24-48 hours.

An Update May be on the way for Apple's Card App

In a new patent application published today, we see that Apple's "Cards" Application may be in store for an update in the future. The interface illustrated in Apple's patent application 20120050788 appears to indicate that customization of cards is going to get more detailed, giving users the ability to really create fantastic greeting cards of one sort or another. 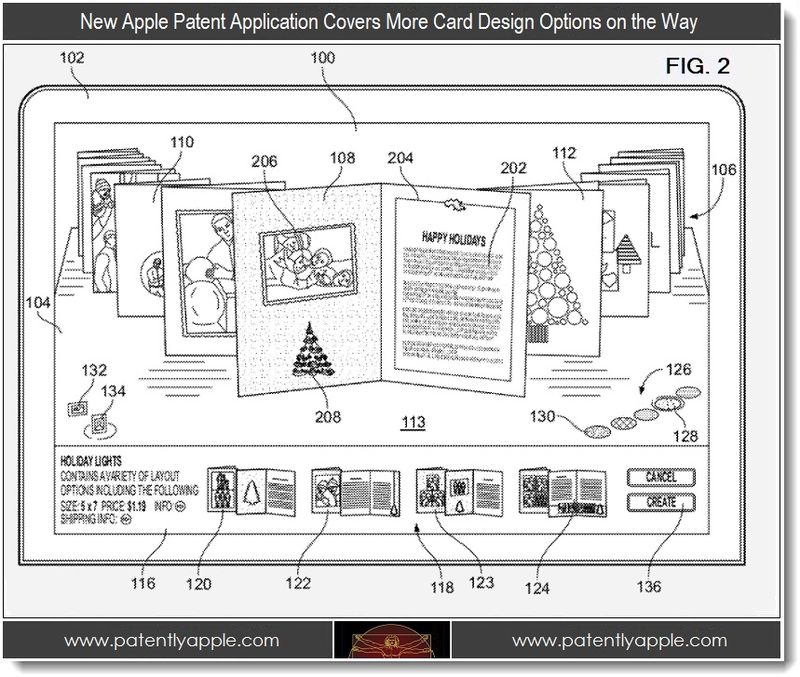 Here's a temporary link to Apple's patent application that will only be good for the next 24-48 hours. 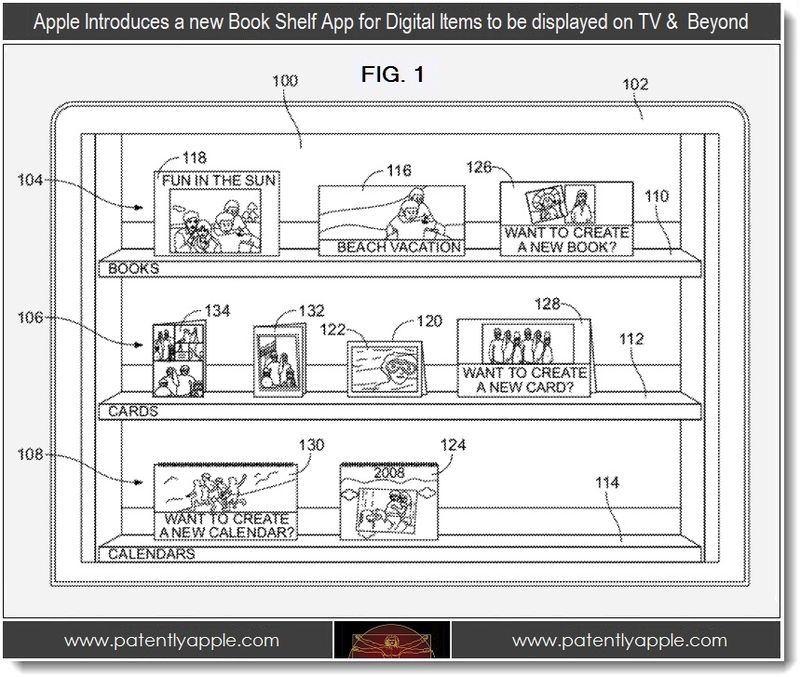 Apple's patent FIG. 1 shown above illustrates a bookshelf displayed on a display screen which could be a TV, computer monitor or mobile device display screen. I could easily see this applying to Apple TV.

Cool, I found the last two features in iPhoto '11.