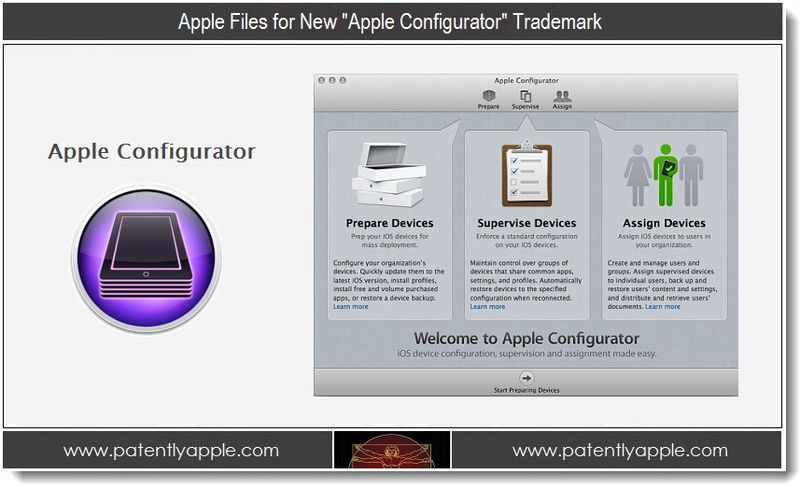 On March 16, 2012 the US Patent & Trademark Office published Apple's latest trademark application for "Apple Configurator" under application 85563555. Apple filed their trademark to cover "computer software used to configure multiple digital electronic devices." The new Apple Configurator, which was only released on March seventh, is a free App from the App Store. Apple Configurator was designed to make it easy for IT departments to mass configure and deploy iPhone, iPad, and iPod touch in a business, institution or school. As the new iPad launches today, I suspect that many of them will be marching directly into more offices around the world, and Apple Configurator is going to make that process much easier. 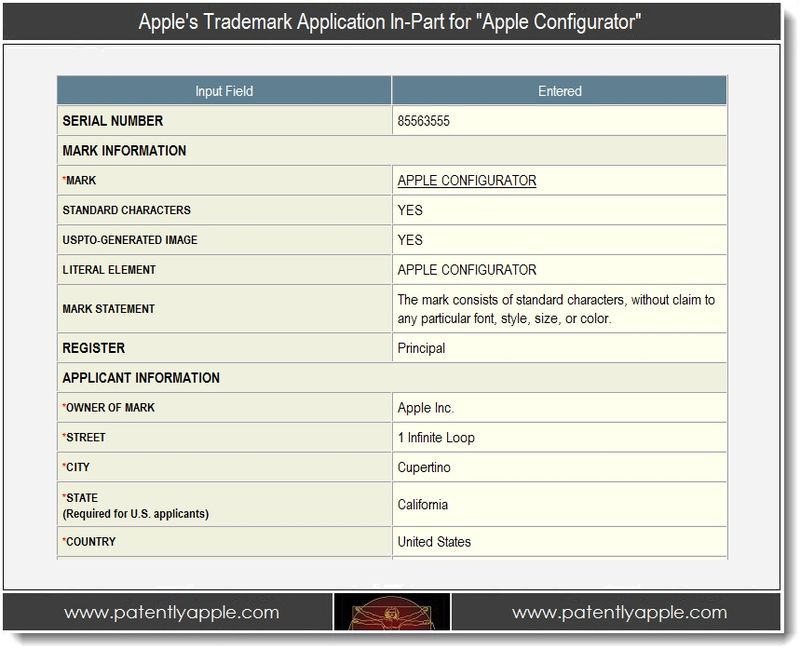 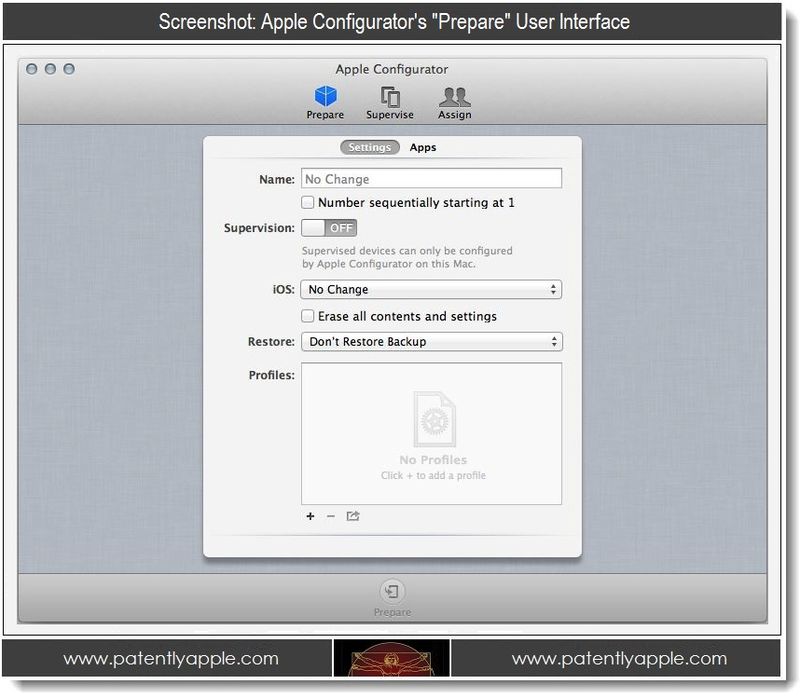 As noted above, there are three simple workflows let you prepare new iOS devices for immediate distribution, supervise devices that need to maintain a standard configuration, and assign devices to users. The new application could quickly update 30 devices at a time to the latest version of iOS, configure settings, and install apps and data for your students, employees, or patrons.

Apple Configurator can be used by larger organizations and businesses to set up new devices, install enterprise apps, and enroll each device with a Mobile Device Management solution for remote management by an IT administrator. It is perfect for the classroom or student lab where devices need to be quickly refreshed and kept up to date with the correct settings, approved policies, apps and data. Apple Configurator can also be used to personalize devices with data and documents for specific users.

To get a clearer view of any of our graphics in this report, simply click on them.