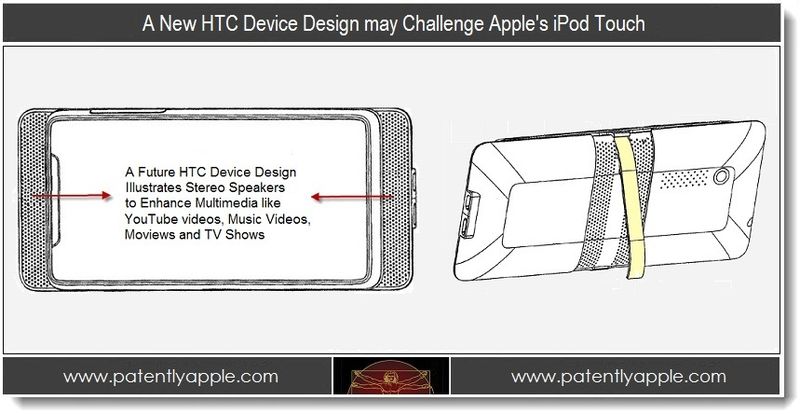 HTC is a well-respected Android smartphone OEM whose Thunderbolt and Evo 3D designs ranked in the top 5 last Christmas. But in this new age of smartphones, a design could live or die in a single quarter. Being different counts and HTC thinks that catering to multimedia users of YouTube, music videos, movies, TV shows and home movies may pay off. Their latest design, as noted in our cover graphic, delivers new multiple speaker configurations and a superior back stand design. What's odd about this invention is that it's without traditional wireless broadband detailing associated with a smartphone. Which makes me wonder if this design isn't really a future iPod touch Challenger? With Google ramping up Google Play, could HTC be preparing such a beast? Read More