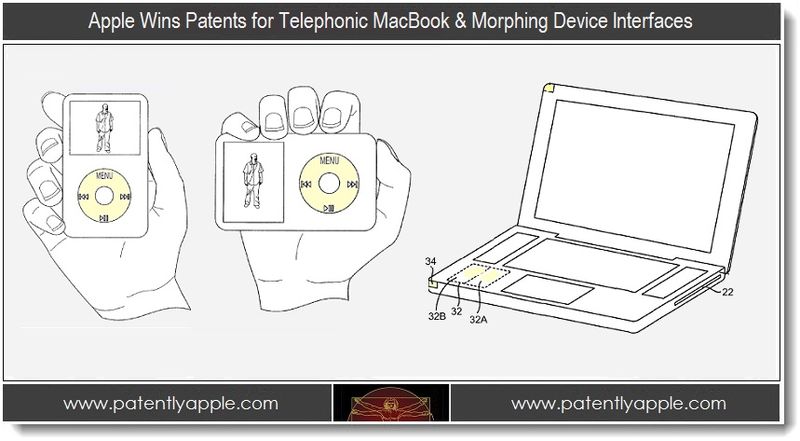 On February 28, 2012, The US Patent and Trademark Office officially published a series of twenty-four newly granted patents for Apple Inc. today. In our second report of the day we primarily focus on two patents. One involves yet another win for Apple's future Telephonic MacBook and the other for a dynamic input graphic display. The latter patent is really interesting as Apple envisions how a device interface could one day morph depending on its orientation. Some of the ideas may have been implemented in iOS devices already, but others could still be on the drawing board for a future device.

Apple Wins a Patent for a Dynamic Input Graphic Display

The input device, for example, can enable a device to provide "virtual" buttons--graphical representations of buttons as viewed by a user and the button functionality associated therewith--that can be dynamically moved and mapped to different mechanical button areas provided in fixed locations within the device.

The appearance and/or location of an input area's graphics can be modified based on various factors, such as device orientation, application context, etc. In one example, an input device can have a button layout that shifts based on the orientation of the electronic device relative to the user, such that the button layout is consistently presented to the user in an upright orientation.

Apple's patent FIGS. 3A/B, 4C/D and 6A/B that are noted below illustrate examples of button layouts in different device orientations. Note how the input area will dynamically shift when the orientation of the device changes. It's more visually understood in figures 6A/B with numbers. 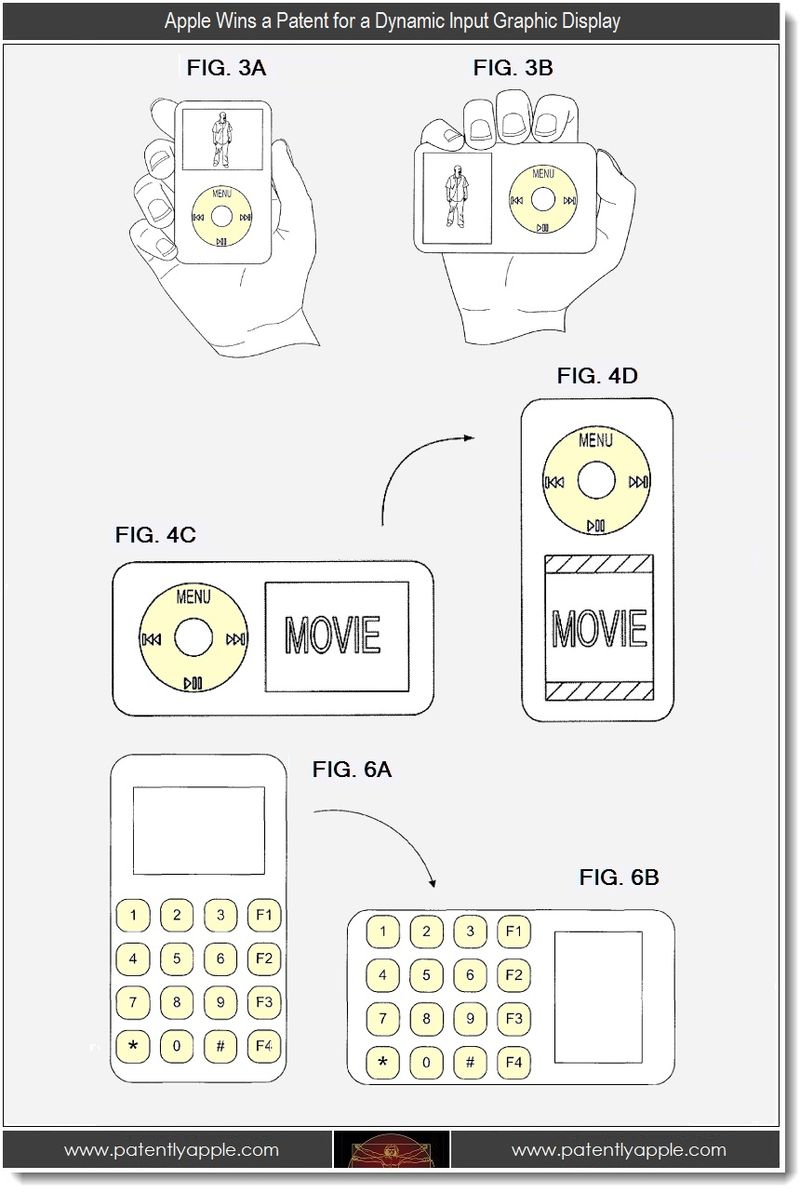 Don't be deceived by this being an older patent when it comes to its viability as a future feature in one of several products. Of course you could be fooled by the illustrations being limited to various iPod designs when in fact the patent states that this idea could be applied to a "PDA, phone, remote control, camera and the like." So we may still see this feature surface in the future.

Apple's granted patent presents a total of twenty claims. Apple credits Douglas Weber, Stephen Zadesky, Stanley Ng and Andrew Hodge as the inventors of this patent which was originally filed in 2008 and published by the USPTO today.

Apple has received a Granted Patent that relates to antennas and particularly antennas for a future MacBook Pro which will go beyond WiFi and extend to "handle communications for long-range links such as cellular telephone voice and data links." The antenna may use a cavity-backed configuration in which conductive cavity walls are placed in the vicinity of an antenna feed structure. 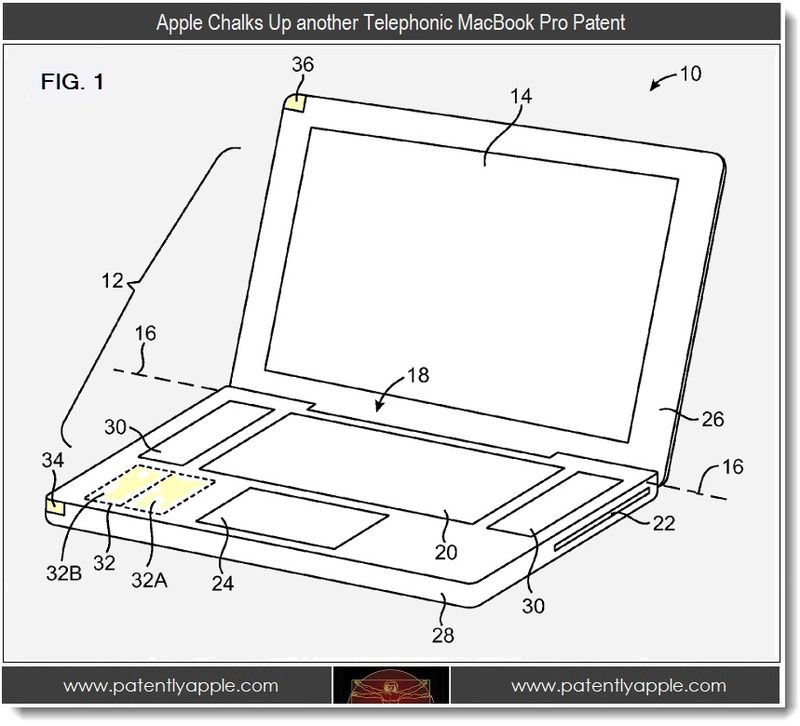 Apple credits Bing Chiang as the sole inventor of this patent which was originally filed in Q1 2009. The granted patent and carries a total of 18 patent claims.

8,125,211 - Apparatus and method for testing driver writeability strength on an integrated circuit