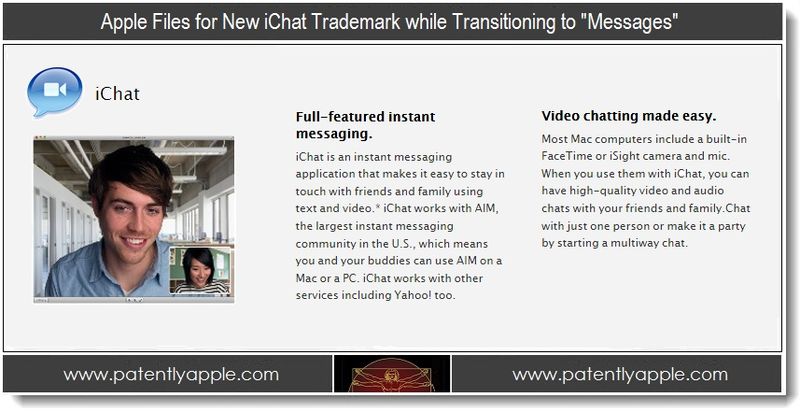 The US Patent & Trademark Office published Apple's latest trademark application for "iChat." The new filing updates the underlying International Class foundation for iChat so as to better protect it going forward. Then again, going forward may have a limited life span. Apple's new "Messages" Beta is now available for download which when installed, replaces iChat. Although Apple states that "iChat will continue to work" on certain OS versions right up to OS X Lion, it won't for those upgrading to the next iteration of OS X dubbed "Mountain Lion" that's due to be released this summer. But until iChat finally fades into the sunset, Apple wants it better protected. 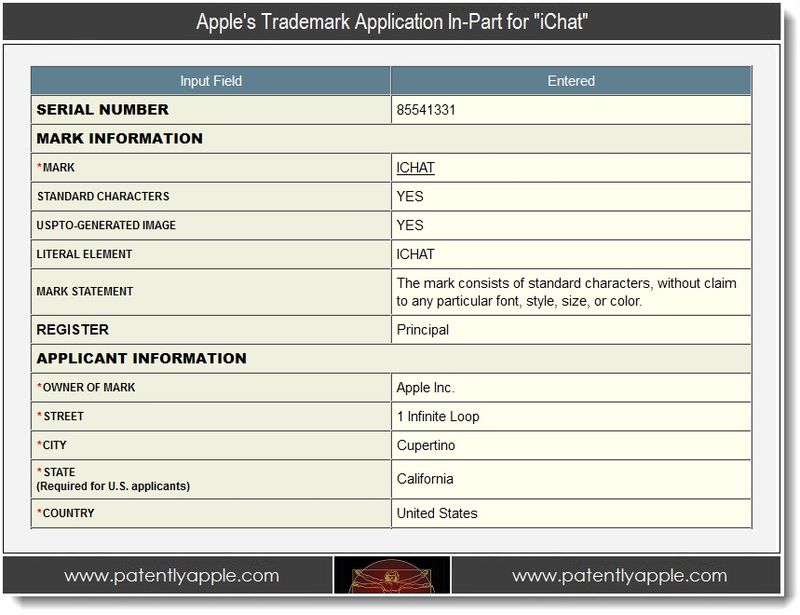 The US Patent and Trademark Office's Retrieval System indicates that iChat was originally registered to iChat, Inc. (Delaware Corporation) in Texas under number 2,096,799 on September 16, 1997. The assignment to Apple took place in May 28, 2002 as is noted in the lower graphic below. 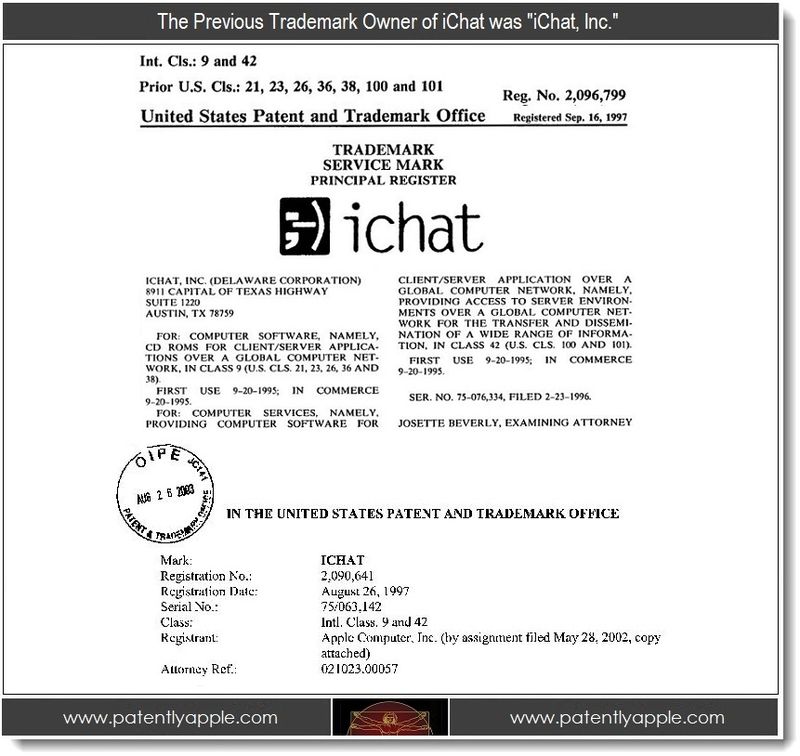