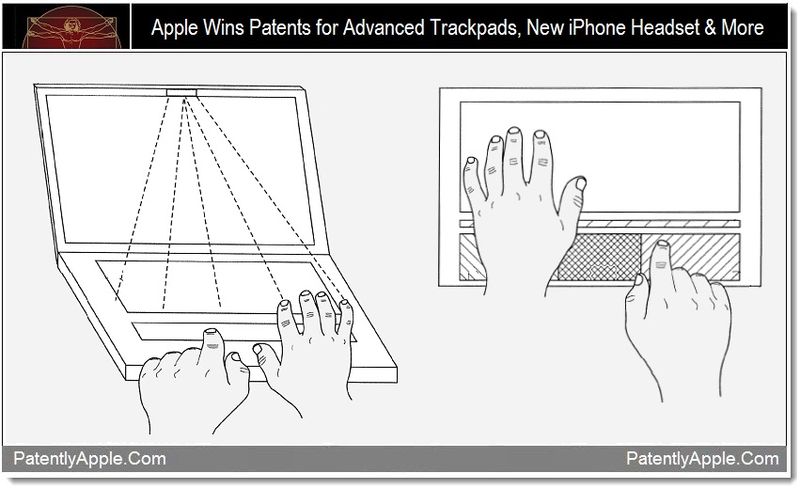 The US Patent and Trademark Office officially published a series of twenty-two newly granted patents for Apple Inc. today. In our third and final patent report of the day we primarily focus on two patents. The first covers advanced multi-touch trackpads that may one day track hand gestures. In the second patent, Apple reveals a possible future iPhone headset with a microphone that turns your music off automatically when you remove the headset and continues from where you left off when you put the headset back on. I don't know about you, but that sounds like a pretty nifty idea to me. Sometimes the little features are just as great as the big stuff.

Apple Granted a Patent for a Wide TouchPad for MacBooks

Apple has received a Granted Patent that relates to their wide touchpad that is found in Apple's MacBook line up. It first debuted in January 2008 on the MacBook Air. On Apple's current MacBook Air webpage, they describe the wide trackpad as a "spacious, Multi-Touch trackpad."

Apple's patent is about a MacBook trackpad having the capabilities of a conventional computer mouse, such as the ability to point, drag, tap, and double tap objects on a graphical user interface, as well as more general purposes such as scrolling, panning, zooming, and rotating images on display screen. In many aspects, this is a patent fulfilled and in others, there's room for other adjustments.

Apple's patent FIG. 3 illustrates a top view of a portable computer in the open position with a touchpad that extends into the palm rest areas. In one embodiment, the touchpad 224, having particularly wide dimension, is divided into three regions, a left region 242, a center region 244, and a right region 246. Sensor 240, which in one embodiment, is a sensor strip having a width substantially similar to a width of the touchpad 224 and is disposed between the keyboard and the touchpad.

The three regions of touchpad may be activated or deactivated selectively, based on a particular touch region or "contact patch" sensed by the touchpad in association with the particular region of sensor that detects a hand portion or fingers extending towards the keys of keyboard. Meaning that the sensor will be able to know the difference between when the user rests his palms on the notebook and when the user is using the touchpad to interact with it. 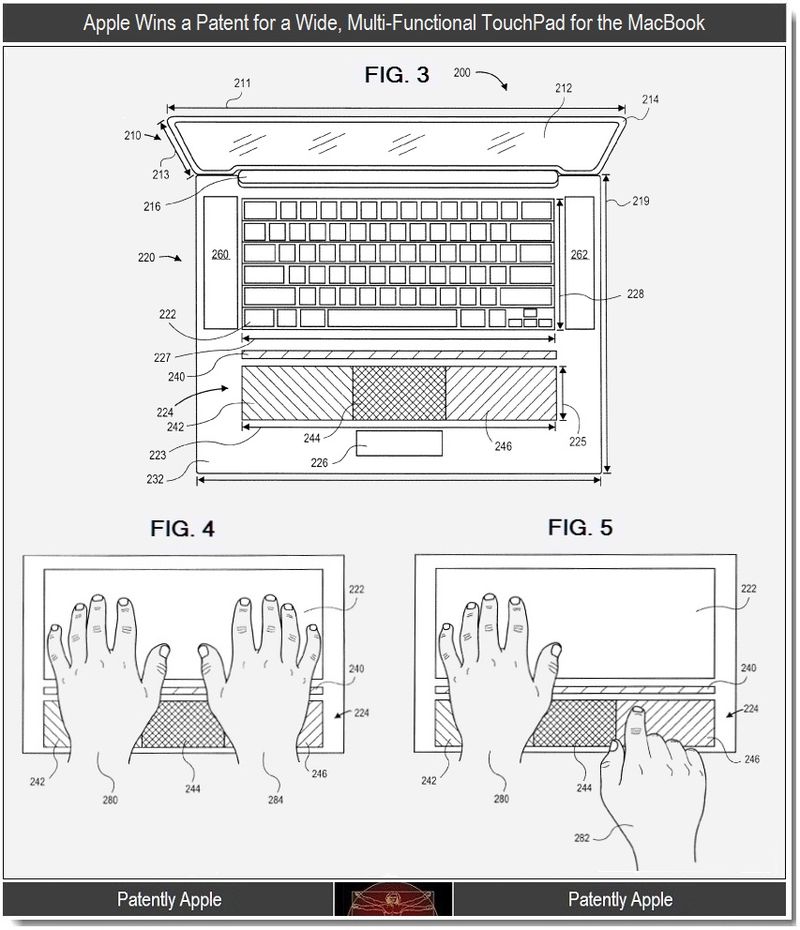 Apple's patent FIG. 4 illustrates the user resting his palms on the touchpad which won't activate the touchpad while patent FIG. 5 illustrates another example of a hand position during user activity with a portable computer. This could provide users with more flexibility depending where your hand are at the moment on the keyboard and whether you're right or left handed.

Apple's patent FIG. 12 shown below, reveals an alternative embodiment of a hand detecting sensor that may be implemented on a portable computer. This aspect of Apple's patent has yet to surface in the marketplace. Theoretically, this particular embodiment could act similarly to Apple's February 2011 patent covering hover-types of movement and/or instructions. The current patent's hand detecting sensor would be able to recognize a hand movements as instruction. Whether Apple decides to expand the capabilities of their current "wide" multi-touch trackpad design is unknown at this time. But it's this type of "magic" that Apple likes to add to their hardware to make it irresistable. One could only hope that this could be an added function sometime in the future. Apple's May 27, 2010 patent application for an all-new earphone – microphone assembly with unique features has been granted. Apple's patent relates to an earphone that may be combined or integrated with a microphone to form a headset that is used for two-way communications through a host device, such as a cellular phone, or a desktop or laptop computer executing voice over IP (Internet Protocol) software. The headset could communicate with the host device through either a wired connection or a wireless link. 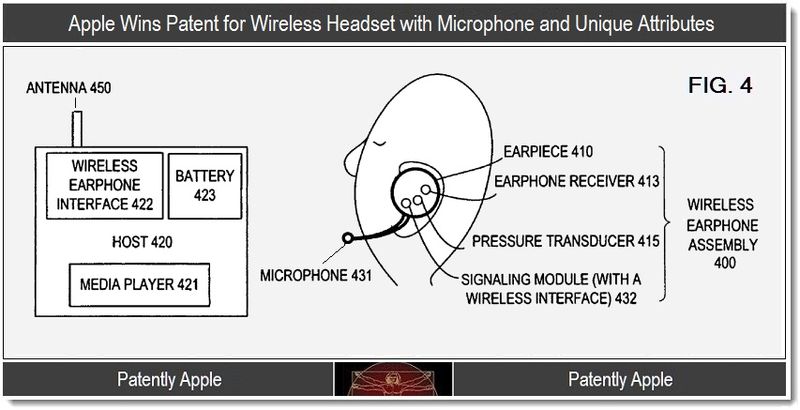 To review Apple's other 16 patent claims and invention detailing, see granted patent 8,098,838. Apple credits Jae Han Lee and Wendell Sander as the inventors of this patent which was originally filed in Q4 2008. For in-vehicle hands-free communications, this might come in very handy. 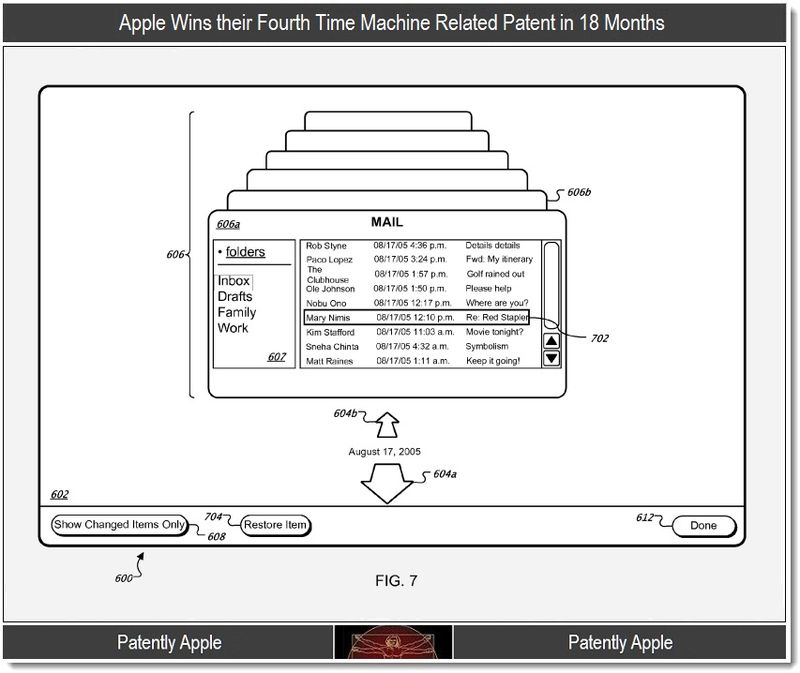