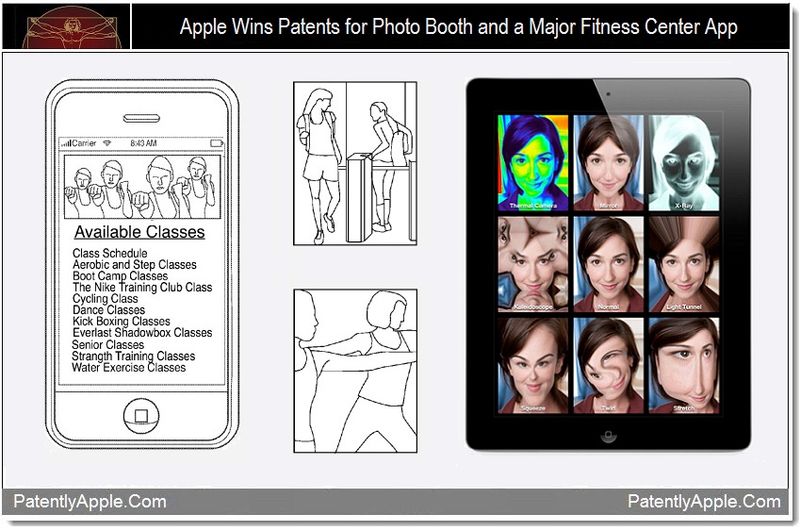 The US Patent and Trademark Office officially published a series of eighteen newly granted patents for Apple Inc. today. In our first patent report of the day we mainly cover two of these patents. The first one relates to Apple's first win for their entertaining Photo Booth application while the other covers a major fitness center application. To close off our report, we also cover two of Apple's latest design patent wins and briefly cover eight other interesting patents in our Final Patent Round Up section.

Apple has won a major sport related patent pertaining to a fitness center app. Apple's original public publication of this patent application only came to light this past April. You could review our report titled "Apple is designing a Great New Fitness Center App" for more of the finer details. The patent covers such matters such as in-gym motivation, post workout motivation, social networking and smart equipment. 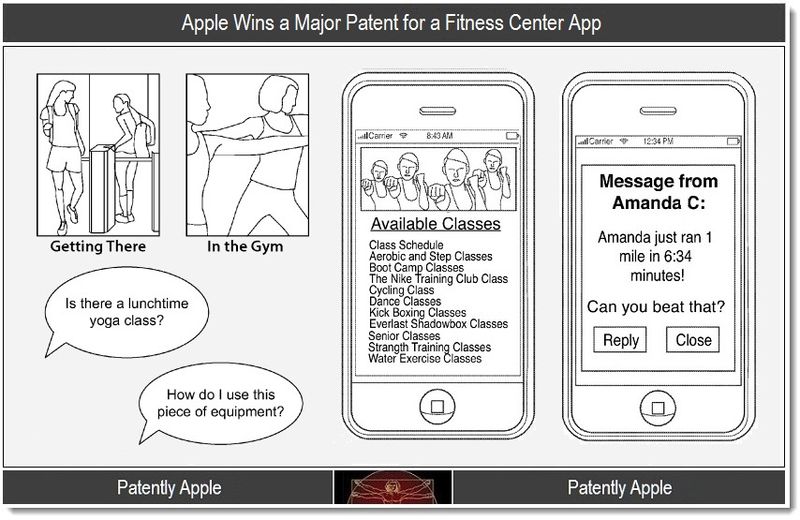 Apple's patent FIG. 4 shown below is a schematic view of functions available for introducing a potential new customer to a fitness center. 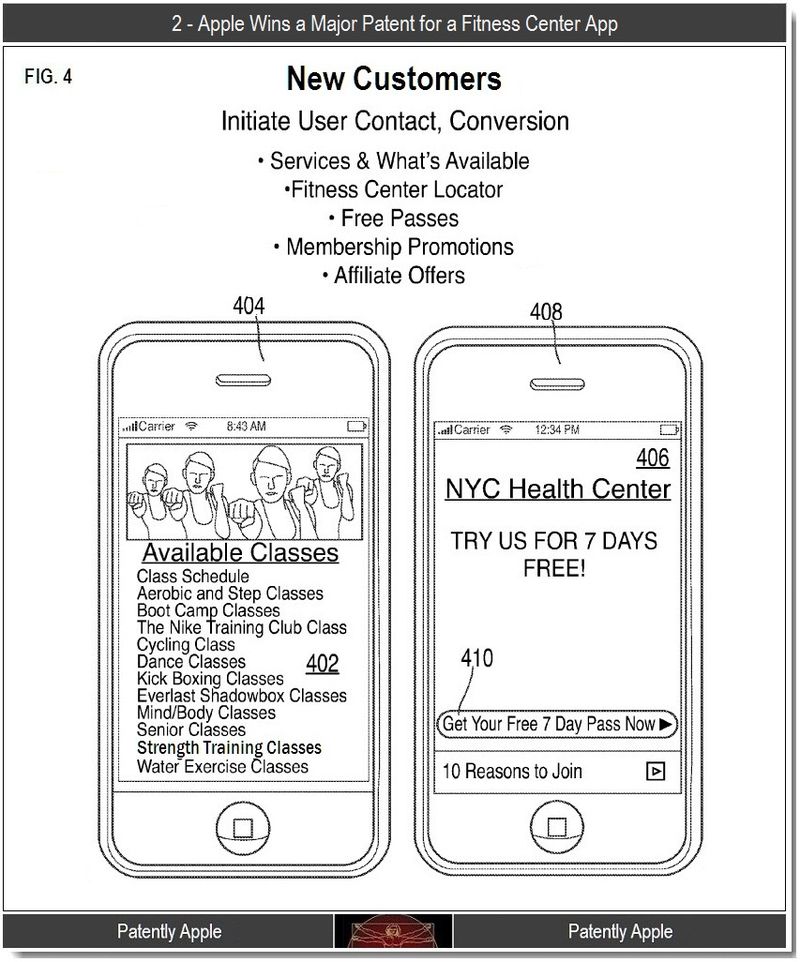 Apple credits Stanley Ng and Michael Hailey as the inventors of this patent which was originally filed in Q4 2009.

Apple has received their first Granted Patent relating to their entertaining Photo Booth application that works with both OS X and iOS (though restricted to the iPad at the moment). Apple's Photo Booth application allows a user to take snapshots of themselves and/or friends via Apple's iSight camera built into their various devices. The user is then able to use the application's easy-to-use distortion filters to create entertaining photo-effects that are fun, artsy and really bizarre at times. Some of the effect-filters included in the application are titled Thermal, Mirror, X-Ray, Twirl and Stretch. 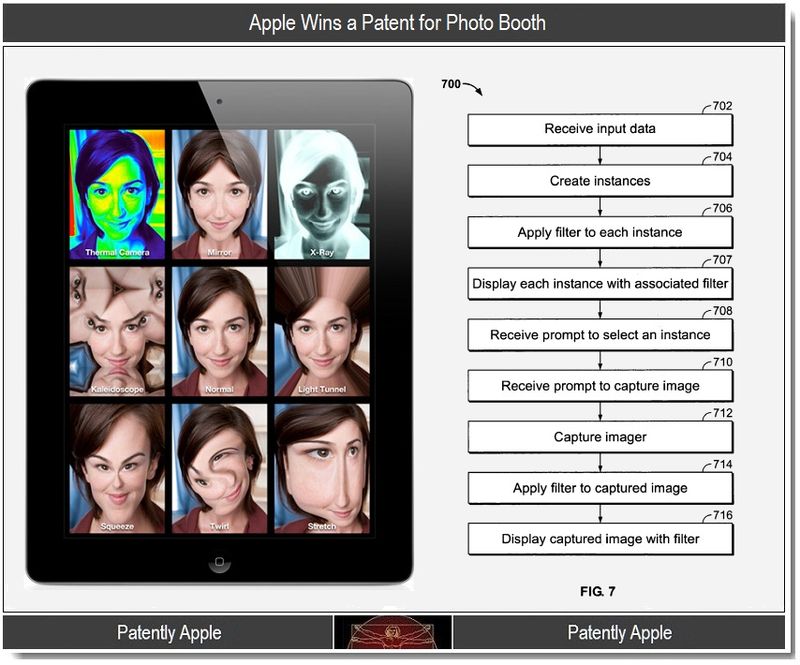 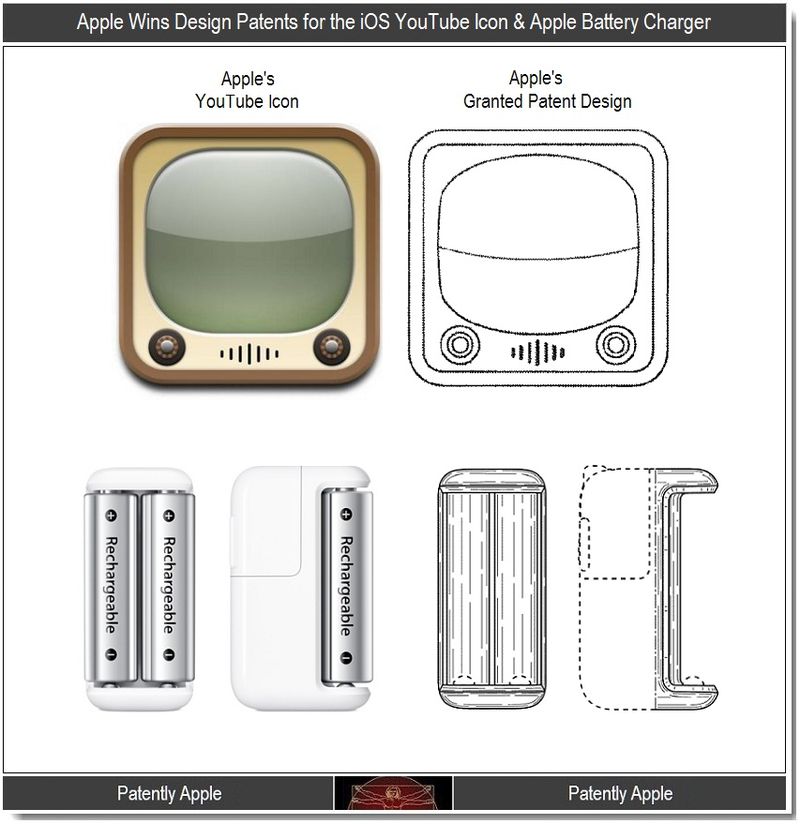