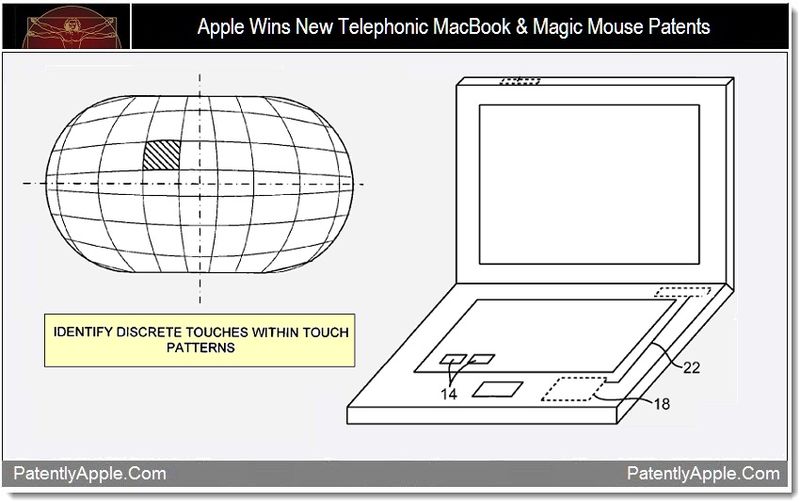 The US Patent and Trademark Office officially published a series of twenty-three newly granted patents for Apple Inc. today. In our second and final granted patent report of the day we focus in on Apple's second Magic Mouse patent victory and their sixth win towards their future Telephonic MacBook. In our June 2011 report covering Intel's IDF titled "Intel, Apple & the Transformation of the PC," we covered Intel's focus on their all new Ultrabook PC category. One of the key attributes coming to Ultrabooks appeared in their slides relating to phase-two and three of their Ultrabook architecture; these next generation Ultrabooks would always be on and always be connected. Obviously Intel is planning to integrate 4G into their Ultrabooks in the not-too-distant future and this is why the Telephonic MacBook will be a reality. It's not a matter of if but rather when.

Apple has been granted their second granted patent covering the technology behind their Magic Mouse that specifically relates to a mouse with an optical sensing surface. While Apple first introduced their Magic Mouse back in October 2009, the patent filings are noted as being filed in December 2005 and March 2006, which once again proves that patents most certainly can forecast products well ahead of time.

Apple's Magic Mouse features a seamless touch-sensitive enclosure that allows it to be a single or multi-button mouse with advanced gesture support. Using intuitive gestures, users can easily scroll through long documents, pan across large images or swipe to move forward or backward through a collection of web pages or photos. Magic Mouse works for left or right handed users and multi-button or gesture commands can be easily configured from within System Preferences. 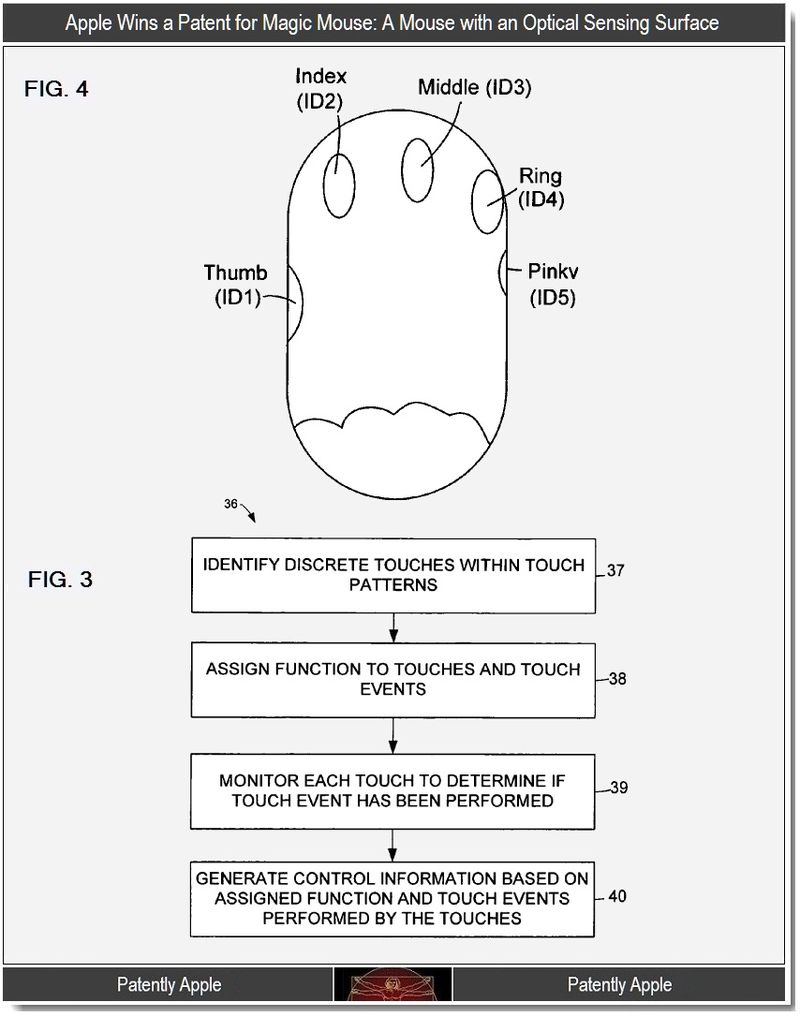 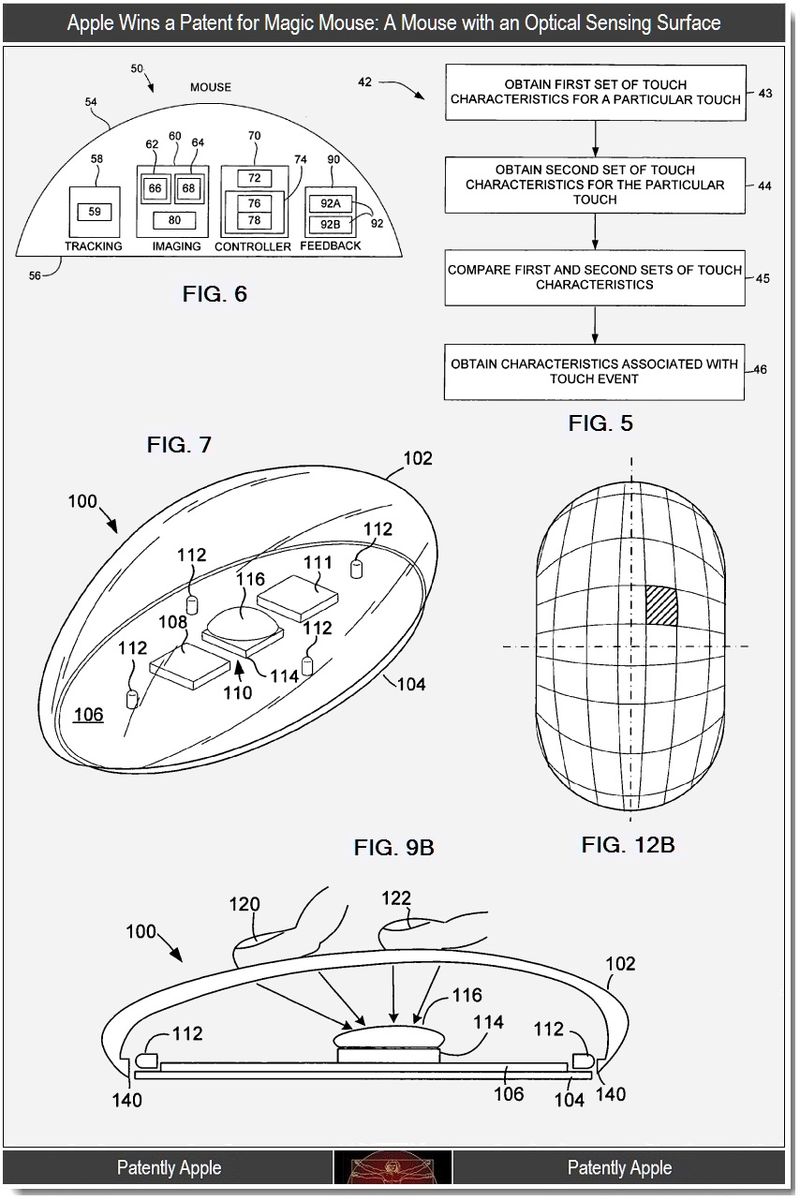 Apple's granted patent which is titled "Mouse with optical sensing surface," has a total of 32 patent claims. Apple credits Christoph Krah and Steve Hotelling as the inventors of this patent which was originally filed in Q1 2006. Apple's first granted patent for the Magic Mouse was awarded in October 2010. Whether Apple will ever launch a lawsuit against their competitors for copying the Magic Mouse, is unknown at this time. Of course I'm sure that Microsoft has enough touch centric patents of their own to make such a lawsuit difficult, but you never know these days. 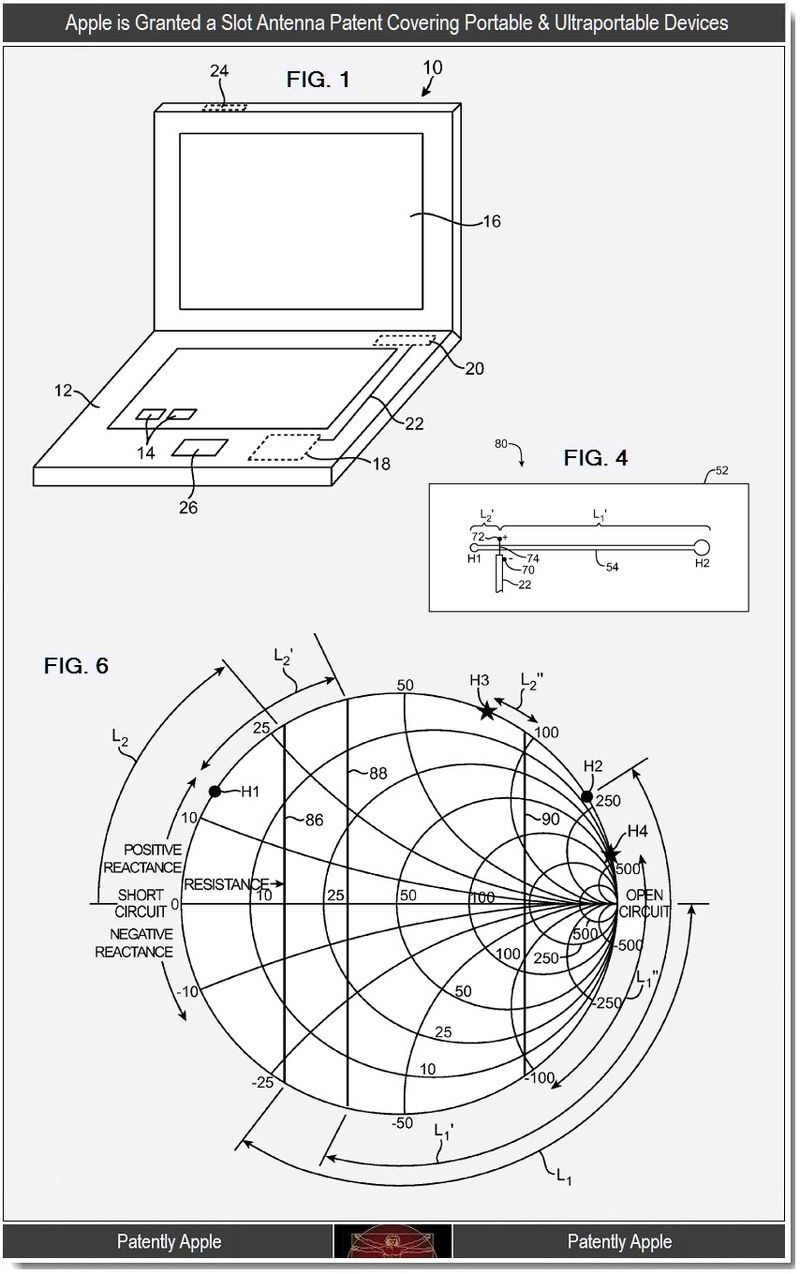 Apple's patent titled "slot antennas for electronic devices," which was filed in Q2 2008, makes 18 patent claims. Apple credits Bing Chiang, Douglas Kough and Enrique Vazquez as the inventors of this patent. You could find the other five granted patents related to the Telephonic MacBook in our MacBook - Telephonic Patent Archive.

Another patent granted to Apple today relates to the same future Telephonic MacBook as is noted above. Apple's patent background provides us with an overview of their latest invention: 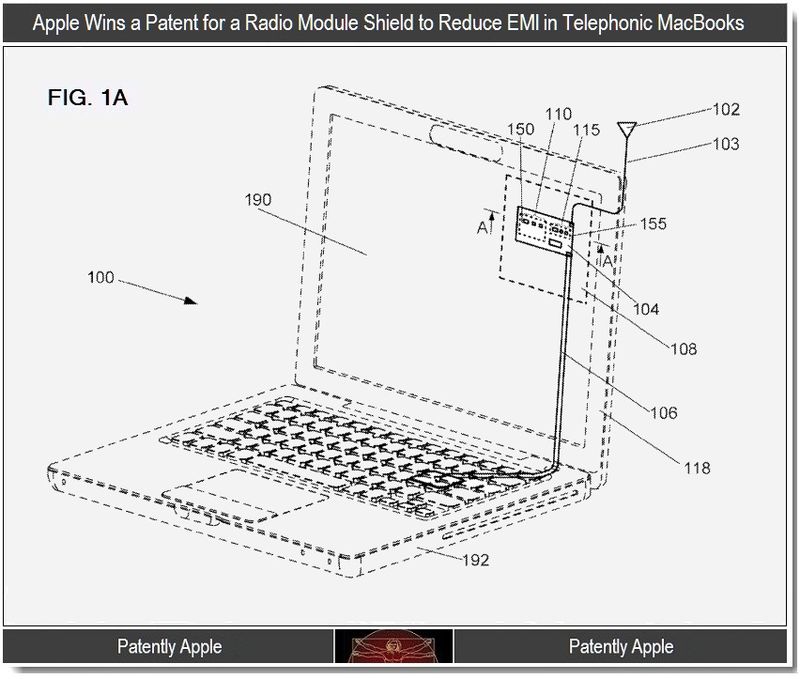