The US Patent and Trademark Office officially published a series of twenty-three newly granted patents for Apple Inc. today. In our first of two reports covering today's granted patents, we cover one of Apple's latest patent wins for a camera control that only came to light as a patent application late last week and also take a look at three of Apple's new design wins and question whether changes are needed to better protect design patents in the future.

The US Patent and Trademark Office have officially granted Apple three new design patents today which cover Apple TV, the iPod Classic and second generation iPod nano. Both iPod designs list Steve Jobs as one of the designers. 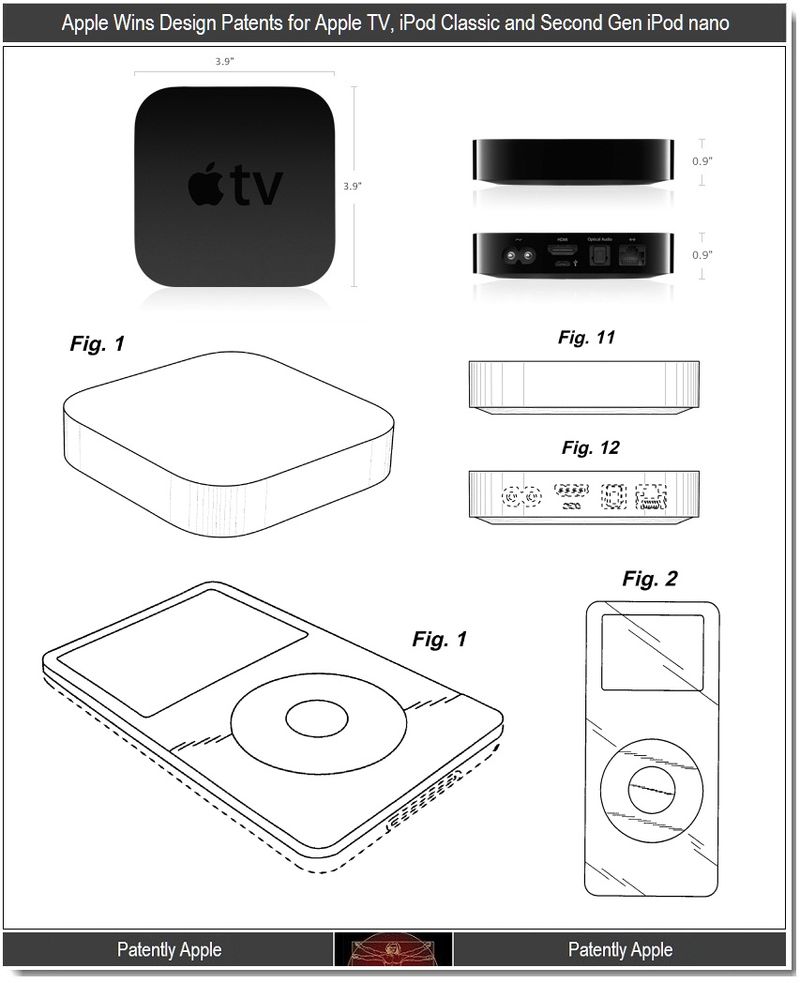 Although Apple has been granted design patents for Apple TV before, the fact is that the design of Apple TV has dramatically changed since their last win. Apple TV has gone from a large metal embodiment to that of a plastic design with with a much smaller footprint. The new design also now runs on a modified version of iOS versus running on OS X as did the former design.

In a recent court ruling that was covered by Florian Mueller, Mueller discusses design patents under his report's sub-header "iPhone design: valid scope narrow, therefore close call on infringement." Mueller at one point states that "one factor that also limits the value of those particular design patents is that Apple only claimed the front side of the device." That's interesting being that Apple does have other iPad design patents clearly presenting the back side of the iPad in great detail. Unfortunately the detail is restricted to what one could see via Apple's patent figures, which is one of the drawbacks to design patents.

With that said, simply check out the flimsy verbiage associated with today's design patent wins for yourself, to see that design patents don't carry much detail. There's no mention of a design's dimensions, weight, or materials used so as to better protect these designs from copycats. Whether this is the fault of Patent Offices around the world for not enforcing stricter guidelines for design patents or an Apple specific problem, isn't known at this time. However, if I had to weigh in on the matter, then I'd say that from what I've seen of design patents, it's the former. Let's hope that Apple's legal case noted above turns out to be a catalyst for change. Otherwise, what's the purpose of going through the motions and costs of submitting a design for protection if the Patent Office's official grant can't hold its weight in court?

Apple has received a Granted Patent that relates to a technique for stabilizing auto-exposure operations in a digital camera – and more specifically in an iOS device camera. Talk about timing: We just revealed Apple's patent application for this technology yesterday in our report titled "Apple Pounds out a New Round of Camera Related Patents." I've heard of fast tracking a patent application, but this is a first. I almost thought it was déjà vu. 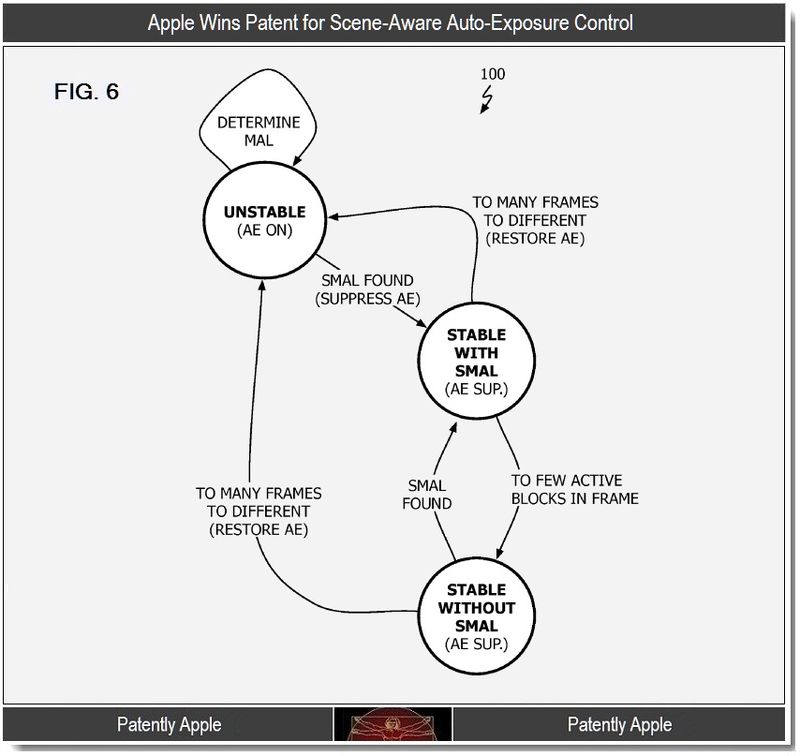 To review Apple's other 21 patent claims and invention detailing, see granted patent 8,077,256. Apple credits Douglas Price, Xiaosong Zhou, His-Jung Wu and James as the inventors of this patent which was originally filed in Q2 2010.

Over and above the granted patents that were specifically reported on today, we present you with links to another eleven granted patents in our Final Patent Round-Up of this report as follows: 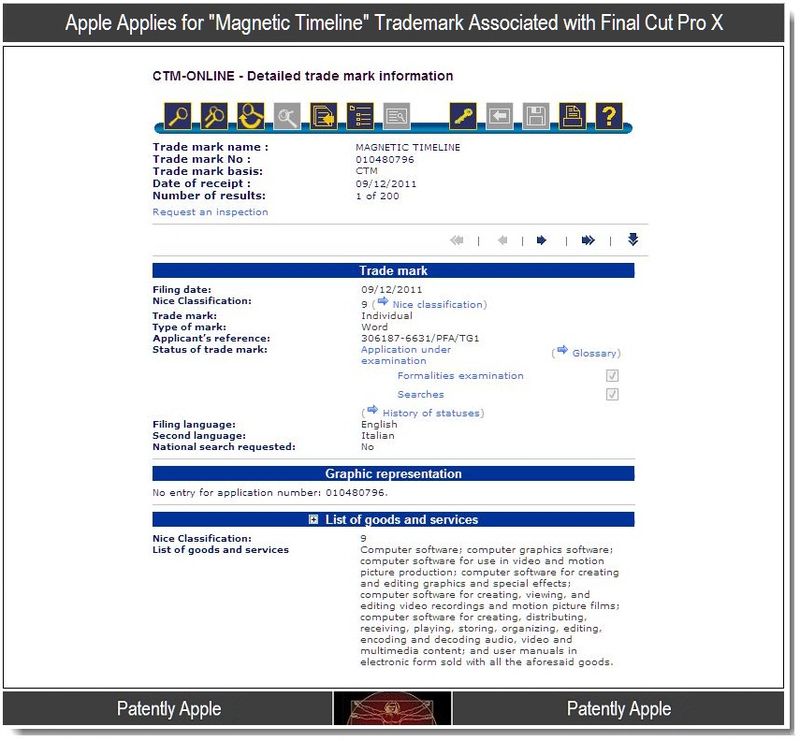