Apple Pounds out a New Round of Camera Related Patents 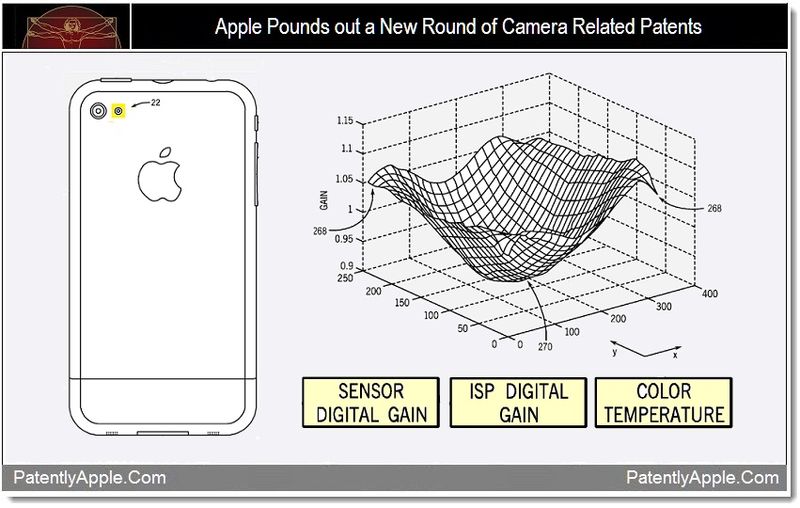 Late last week the US Patent & Trademark Office published another round of patent applications from Apple that relate to cameras. In today's report we touch on all five of these new camera related inventions that cover such matters as adaptive lens shading correction, new flash exposure controls and more. Apple has been pushing iOS camera capabilities each and every time a new version of the iPhone debuts. Earlier this quarter we posted a report covering two of their latest patented technologies, and today's round of patents raises Apple's camera patent count to twenty for 2011 alone. There's also good news on the iOS camera front for 2012. Apple's iOS cameras will be supporting new advancements such as dynamic contrast enhancements, image sensor compensation and much, much more. These advancements were revealed in a new presentation slide from Imagination Technologies this month. Imagination Technologies is the company behind the graphics processor found in iOS devices today.

The Problem of Improperly Exposed Images with Current Strobe Flash

To improve image capture under such low-light conditions, many electronic devices also may include a strobe flash illumination device, such as a xenon or light emitting diode (LED) flash. These strobe flashes may supplement the ambient light illuminating the scene. However, the actual effect of the supplemental illumination on the scene may not be observed by image capture circuitry of an electronic device until it occurs. Thus, if the amount of illumination provided by the flash is too high or too low relative to the image capture control statistics used to capture the image, the image may not be properly exposed.

Apple's invention relates to systems, methods, and devices for obtaining a properly exposed strobe-illuminated image. One method for doing so may include gathering image capture statistics during a first period when a strobe is not emitting light and during a second period when the strobe emits a preflash.

Apple's patent FIG. 8A shown below illustrates a flowchart describing a method for determining image capture control statistics for the proper exposure of a strobe-illuminated image in greater detail; patent FIG. 3 illustrates the backside of an iPhone where we see the backside camera and the strobe (patent point 22). 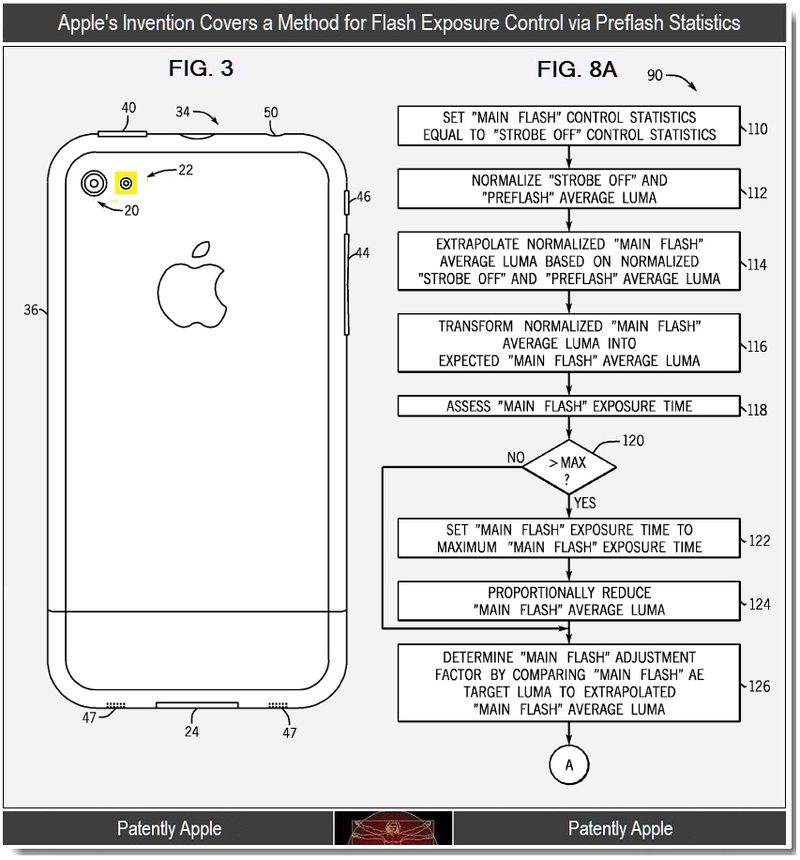 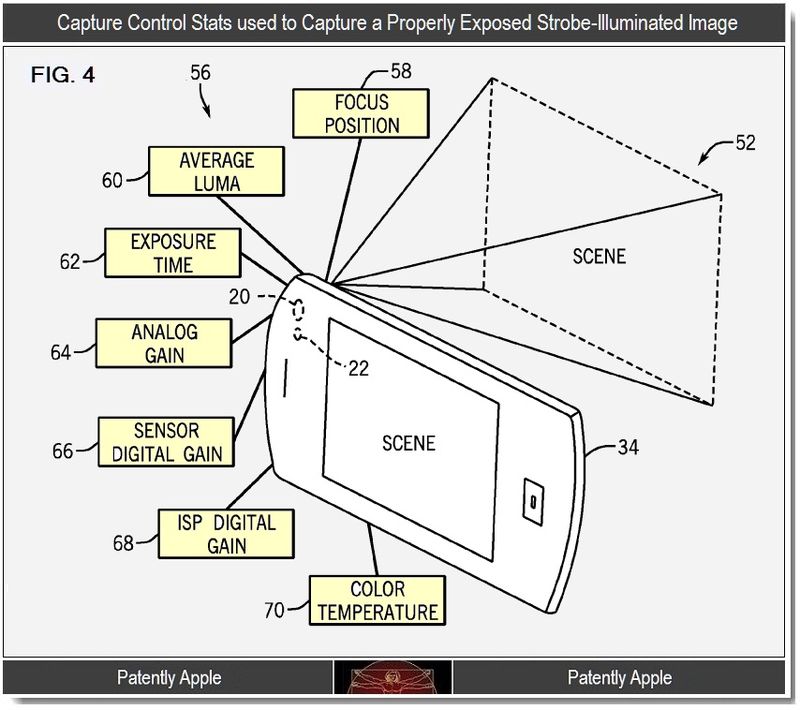 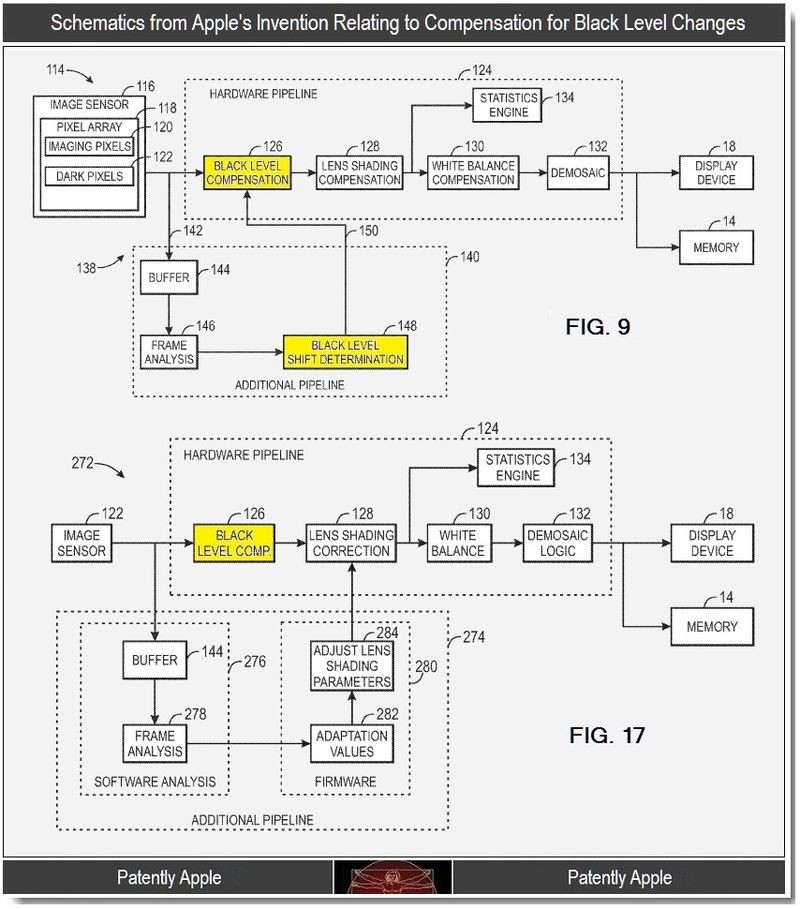 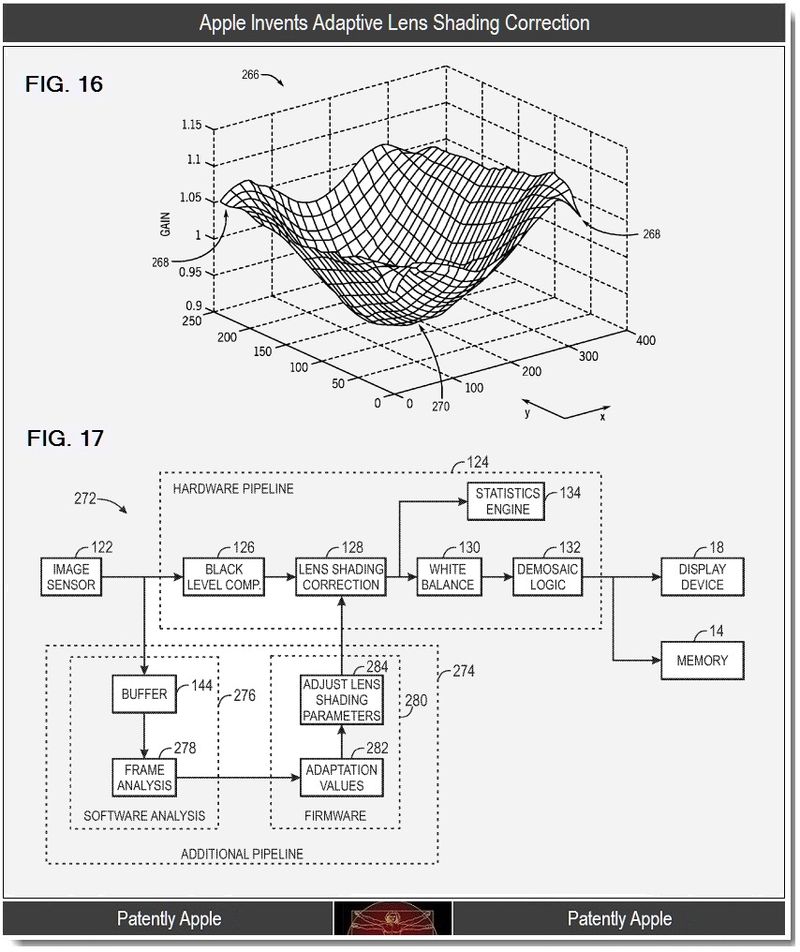 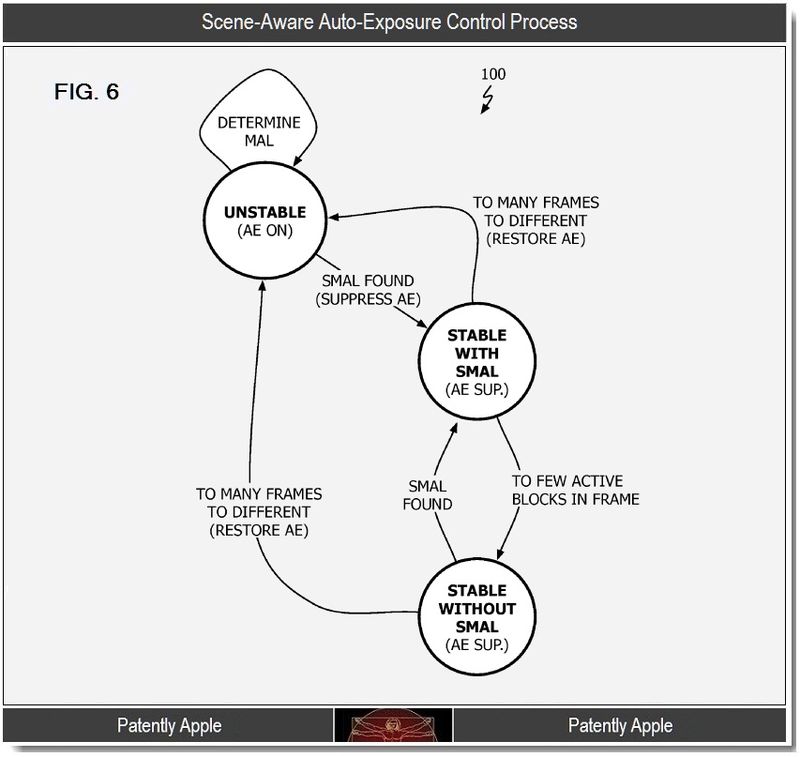 At times it's hard to believe the amount of technology that will be going into future iOS cameras and I'm sure that the traditional standalone camera makers wince at the mere thought of it. That's the power of these next generation iOS devices. They're challenging the cell phone industry, the camera industry, the MP3 industry, and in the not-too-distant future even challenge GPS mapping companies. Apple's homepage is currently promoting the iPhone 4S and calls it the most amazing phone yet. Well, in 2012, it's only going to get better.

Apple has more than a twenty percent stake in a company called Imagination Technologies that are behind Apple's graphic processor chip. In a recent presentation put on by Imagination Technologies, we're now able to view one of their slides that clearly and openly reveal that their next generation processors will be bringing more imaging related capabilities to the table; capabilities that will likely be coming to the next generation of iOS devices in 2012 – and just maybe, allowing some of the inventions that were presented in today's report to come to life fairly quickly. Time will tell. 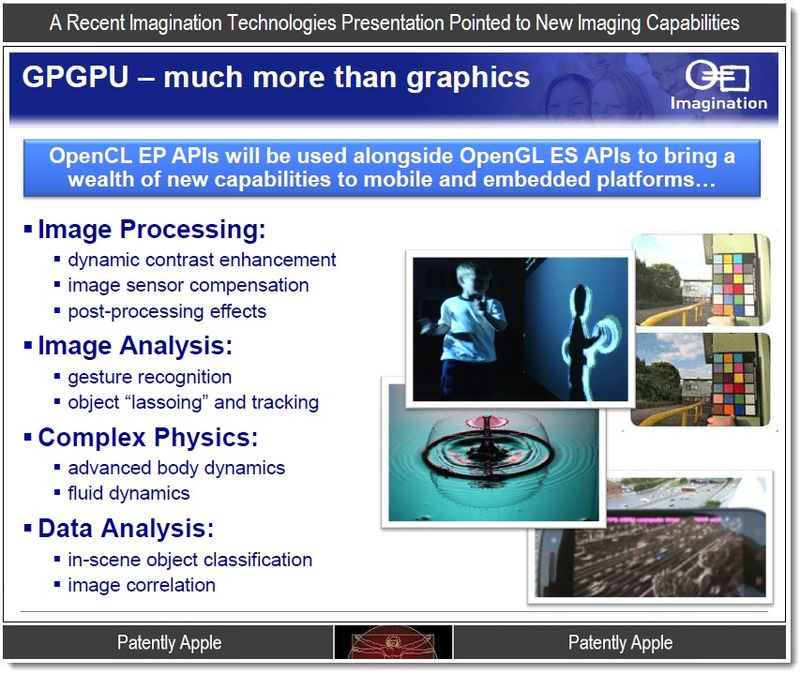