Apple is Granted 12 Design Patents in China and More 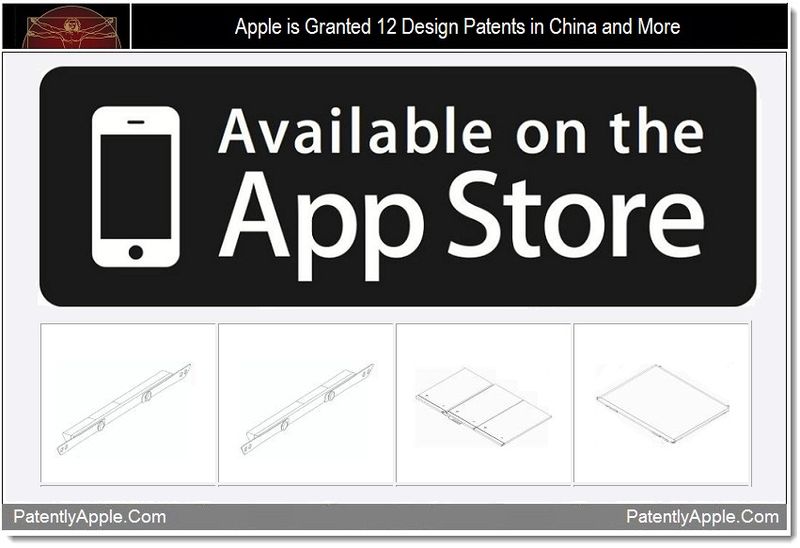 On December 23, 2011, Apple filed for the trademark and icon for "Available on the App Store" under applications 302118690 in China and 010520054 in Europe. Apple has filed their trademark under three International Classes covering such things as advertising and marketing services, downloadable computer software accessible via the internet and software for gaming and virtual reality. Additionally, Apple has been granted twelve design patents in China covering the iPad dock and many iPad 2 components. 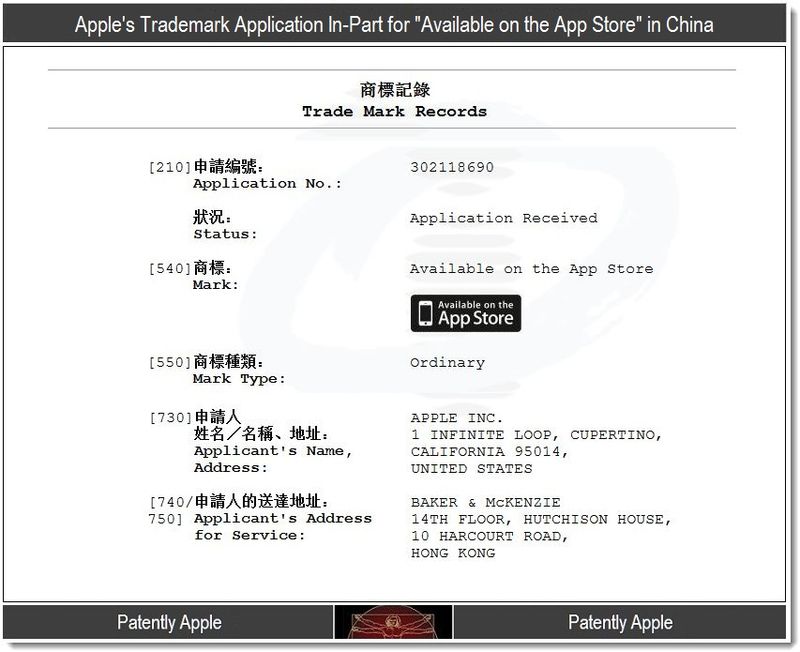 Apple's Trademark Design for "Available on the App Store" Icon 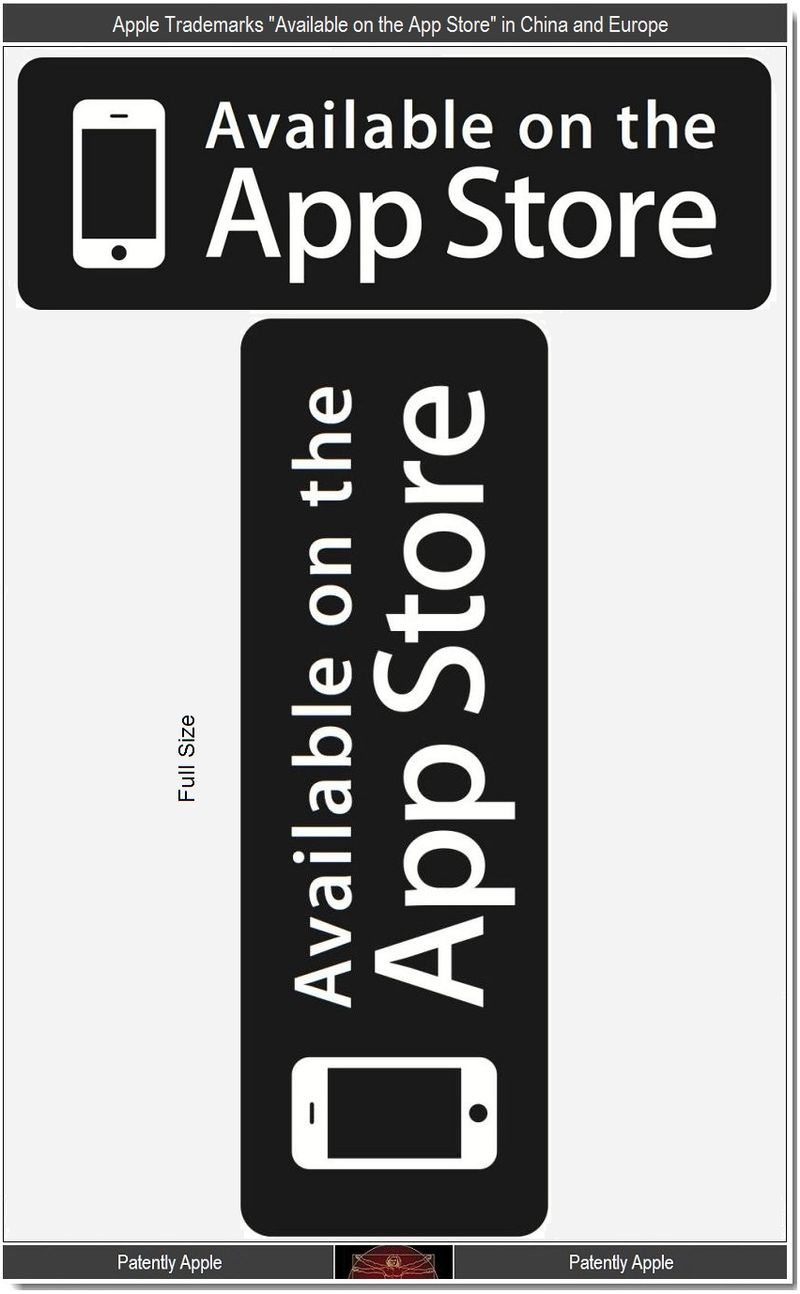 Apple asserts a claim of priority based on Jamaican application number 58351, filed in June 2011. 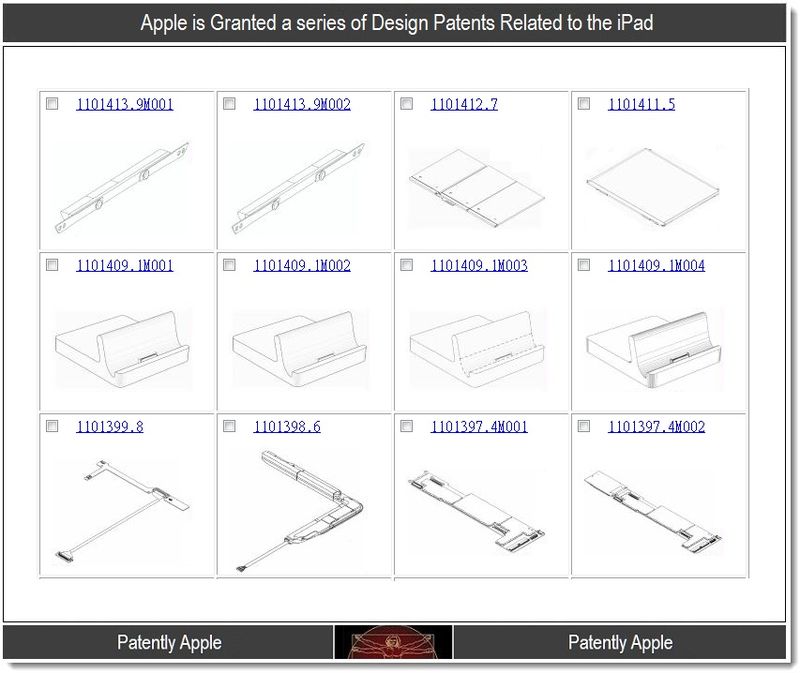 Apple has been granted a series of design patents related to the iPad in Hong Kong China. The designs cover the iPad dock and various internal iPad components such as the battery module (1101412.7) and the display (1101411.5, shown in an exploded view below).

Most of the components are not specifically identified and are simply listed as "component of an electronic device." However you could match many of the designs back to the iPad as shown in iFixit's iPad 2 Breakdown. The fact that design patents don't identify most of the individual components by category or the even the actual product they're associated with, goes to prove the short comings of design patents in general worldwide. 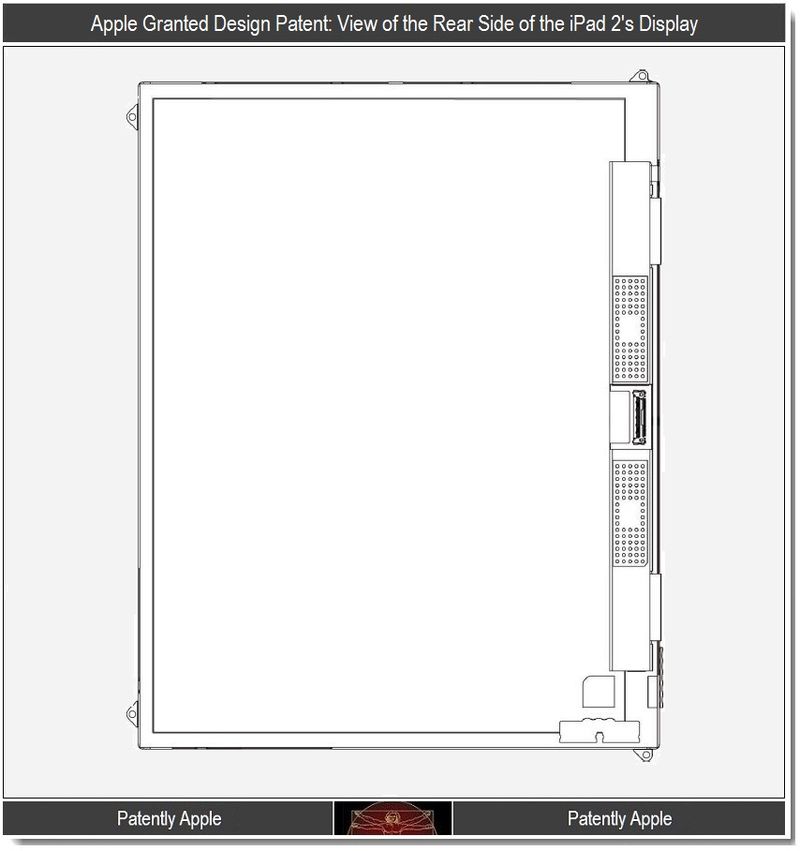