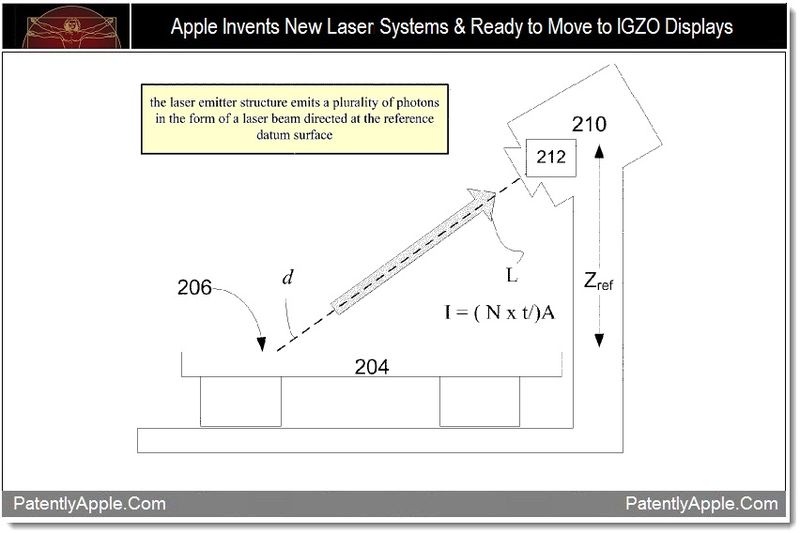 It was revealed yesterday by the USPTO that Apple has invented a new laser beam focus system that is used on their production lines overseas. Apple's passion for detail drove them to invent their own laser beam calibration system so as to get their spot-welds just perfect. Would we expect anything less from Apple? And on another front this morning, we learn that Apple may shift from IPS to IGZO displays in 2012. A 32" HDTV prototype using IGZO was demonstrated in Japan in October – which may explain one of Apple's motivators for shifting to IGZO displays.

Apple's background provides us with an overview of what their invention is to rectify. They state that lasers in manufacturing have become ubiquitous. Lasers could produce a prodigious amount of heat in a small volume providing an excellent tool for heat treating materials. For example, lasers could be used for spot welding as well as selective ablation. However, in order to assure that the laser energy is applied to only the material to be ablated, the energy distribution of the laser beam must be well characterized.

In order to overcome the problem of accurately characterizing a laser beam focus point, some manufacturers of laser based manufacturing equipment have installed at great cost, automatic laser focusing systems into their machines. Although generally accurate, the laser focusing systems are quite expensive and in reality are seldom used thereby making them even more costly in relative terms.

The result of Apple's invention is that they've created a cost effective, highly accurate technique and system for calibrating laser manufacturing equipment in a production environment. 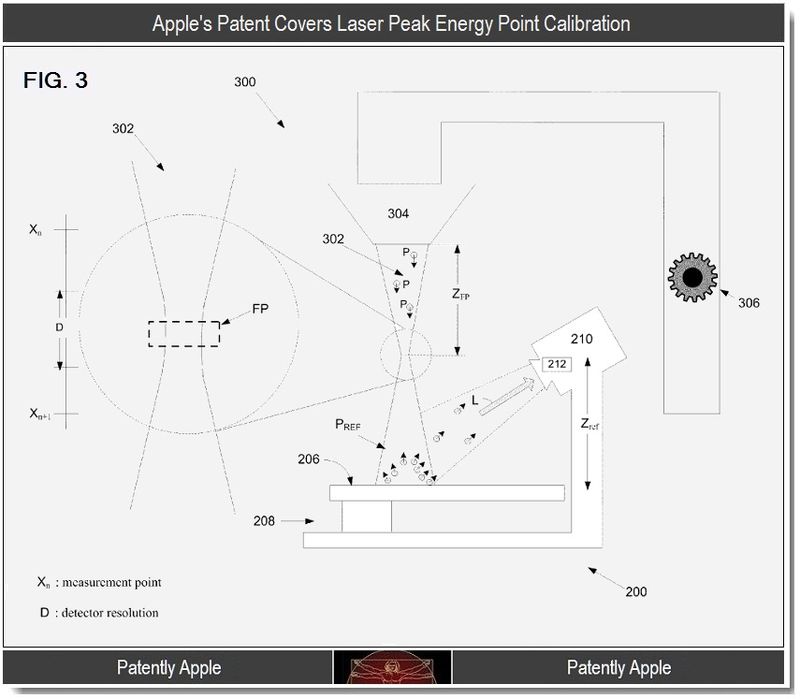 Apple's patent FIG. 3 shown above illustrates an arrangement whereby the laser focus unit of FIG. 2 could be used to determine a focus point of a laser system.

News from DigiTimes this morning states that sources believe that Apple is going to replace their IPS displays with those using IGZO technology. This new material, IGZO - Indium, Gallium, Zinc, Oxygen, replaces the traditional amorphous silicon based active layer. IGZO has an electron mobility 40 times greater than traditional materials such that a display's reaction speed can be more swiftly controlled. In doing so, panel makers will be able to offer screen resolutions higher than the current Full High Definition.

Some analysts think that Sharp and Apple will develop IGZO based OLED Displays in the next 1-2 years. Large OLED panels with IGZO are expected in 2014-2015. 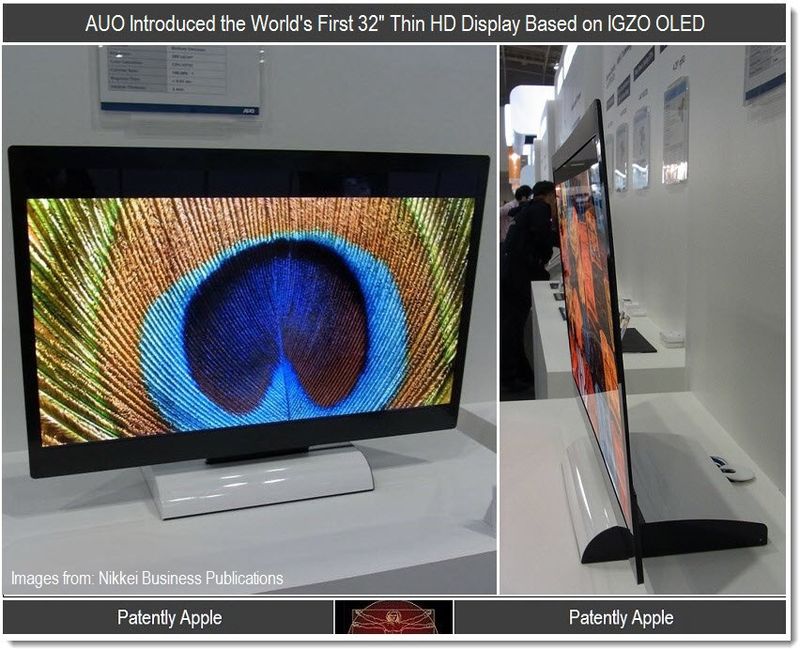 What's interesting is that this technology is already being prototyped for use in HDTVs. The 32" unit noted above was produced by AU Optronics (AUO) Corp and shown at a tradeshow held in Yokohama, Japan in late October 2011.

It would be a natural technical and marketing move for Apple to begin producing IGZO displays for their iOS devices and then enter the HDTV market using the same material. Apple's driven volumes for iOS devices using IGZO would help Apple bring the costs down for their future HDTVs. It would also play very well in a future iMac scenario. In fact, we pointed to such a plausible scenario two years ago. It was just a little ahead of its time.