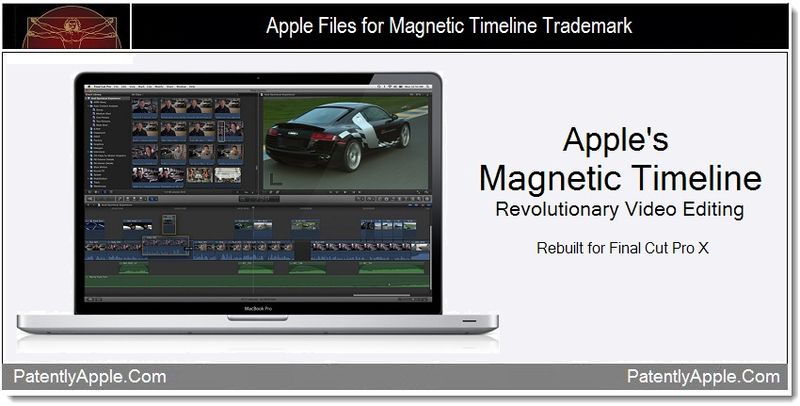 The US Patent & Trademark Office has published Apple's latest trademark application for "Magnetic Timeline" under application 85492953. Apple's trademark relates to their revolutionary video editing tool that debuted with their all new Final Cut Pro X Application in June 2011. At that time, Academy Award-winning film Editor Angus Wall is quoted as stating that he was "blown away by what Apple has done with Final Cut Pro." Obviously with something this revolutionary, Apple needed to protect it accordingly. Click here for more details on Apple's Magnetic Timeline feature. 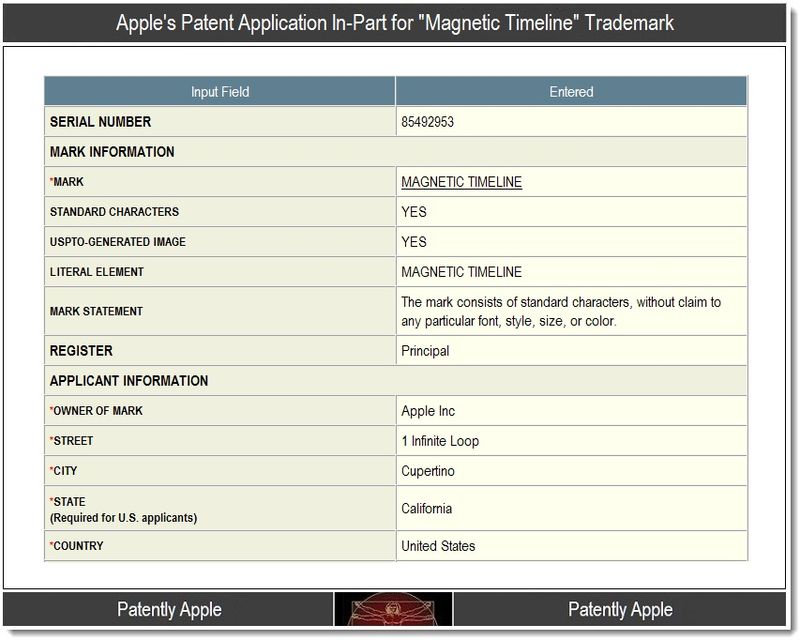 Apple's trademark application was filed under a single International Class as duly noted in full below:

Apple asserts a claim of priority based on their Trinidad and Tobago application number 43915, filed in June of this year. The trademark was also publically published in Europe last week and presented in our report on Apple's granted patents for December 13, 2011.