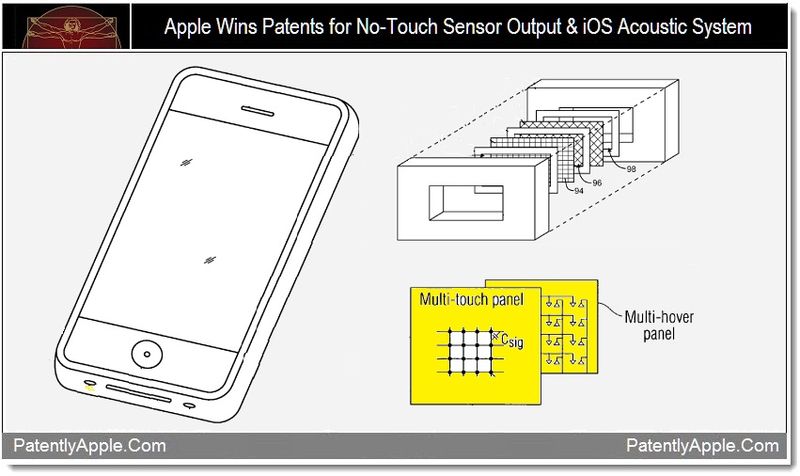 The US Patent and Trademark Office officially published a series of 17 newly granted patents for Apple Inc. today. In our final granted patent report of the day we cover Apple's no-touch sensor output technology and acoustic systems for iOS devices. And to top it off, we close out our patent report with our usual Final Patent Round-Up with six patents covering everything from a Mac Pro tower latch through to the Apple Remote.

Apple has received a third granted patent related multi-touch today. This particular patent relates to panels used as input devices for computing systems, and more particularly, to the pre-storing of baseline no-touch sensor output values in nonvolatile memory for use during boot-up so that the baseline is not corrupted by fingers or other objects touching the sensor panel during boot-up. 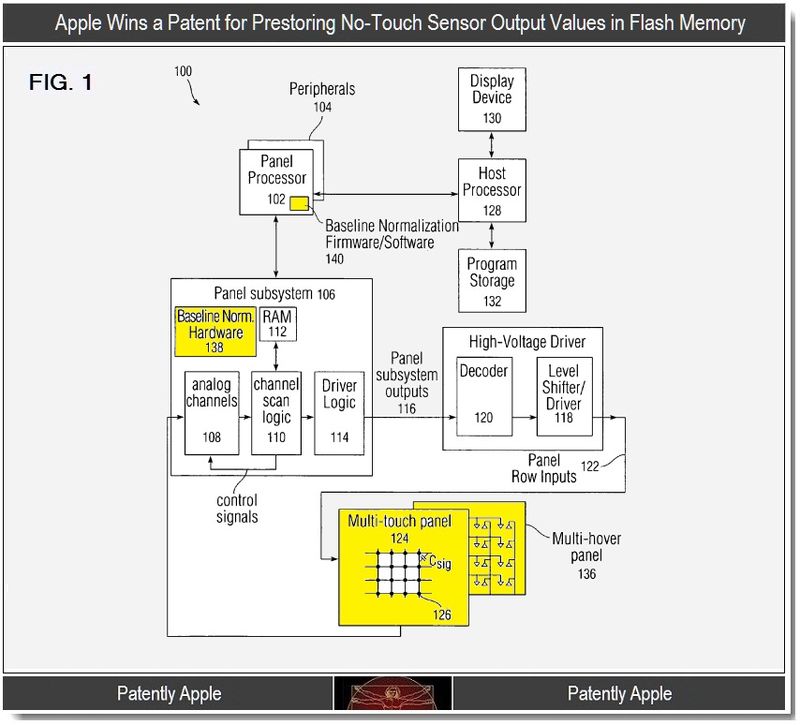 To review Apple's other 28 patent claims and invention detailing, see granted patent 8,054,296. Apple credits Brian Land, Wayne Westerman and Steve Hotelling as the inventors of this patent which was originally filed in January 2007 as the Mac community was being a peek at the coming iPhone.

Apple has received a Granted Patent that relates to iOS device acoustic ports that include a microphone and one or more speakers ports. The speaker ports may be used as speakerphone ports or as ear speakers for a receiver when the device is used as a telephone.

The acoustic ports may be formed from openings in the housing for the portable electronic device. The openings may be covered with one or more layers of mesh. The finer holes available in the acoustic mesh may help to prevent intrusion of fine particles that pass through the metal mesh. 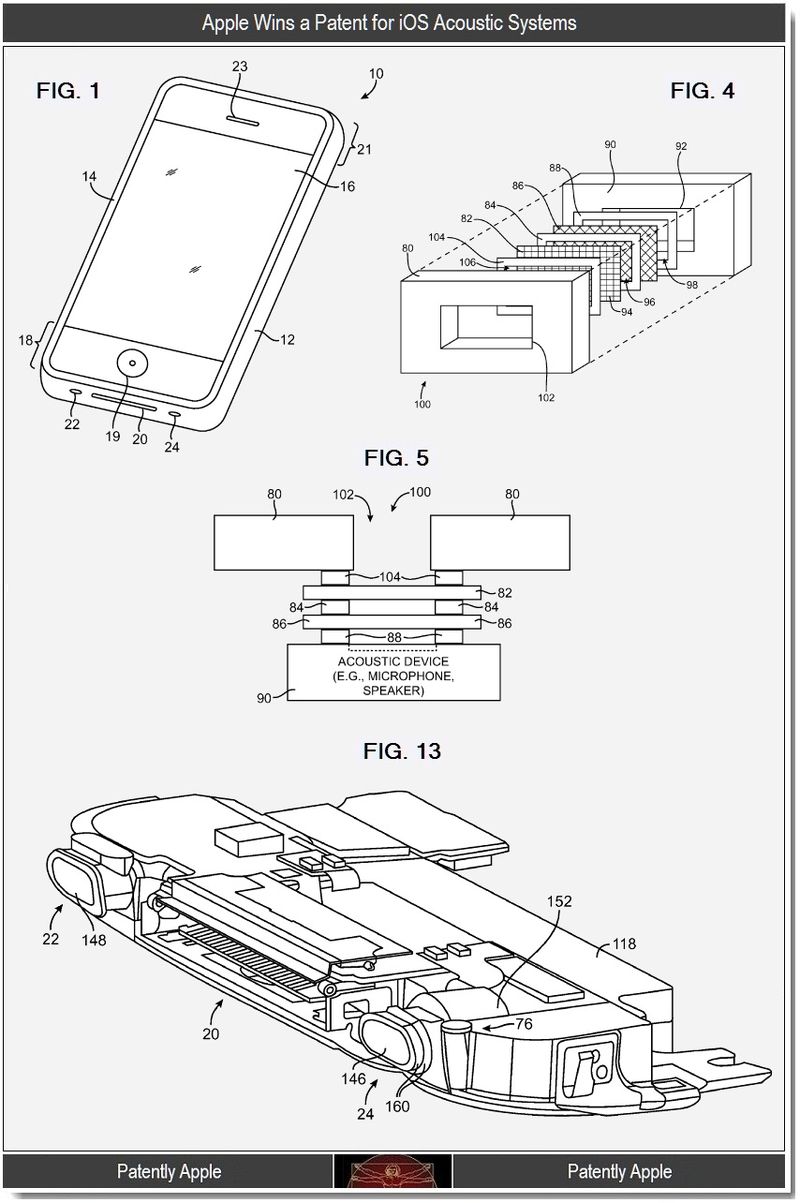 About Apple's Patent Figures: FIG 1 is an iPhone; FIG. 4 is an exploded perspective view of a multilayer mesh arrangement that may be provided in an acoustic port such as a microphone or speaker port; FIG. 5 is a cross-sectional side view showing illustrative layers of material that may be included in an acoustic port; FIG. 13 is a perspective view of an illustrative speaker enclosure and associated components.

To review Apple's other eight patent claims and invention detailing, see granted patent 8,055,003. Apple credits Adam Mittleman, Richard Howarth and Chad Sequin as the inventors of this patent which was originally filed in Q2 2008.

I love Apple Inc. patent applications, so articulate.
More importantly the lodgement date, Jan 2007 adds more weight to their case of blatant copyright infringement cases.
If they hoard enough patents then royalties are a comin'...