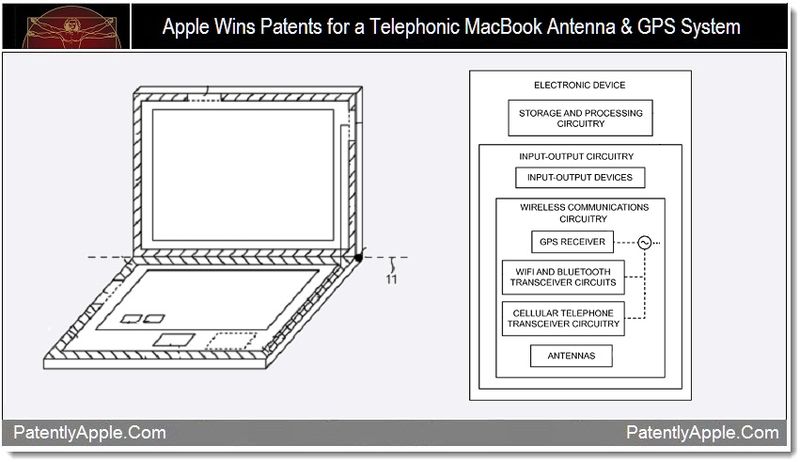 The US Patent and Trademark Office officially published a series of 17 newly granted patents for Apple Inc. today. In our second report of the day we cover two patents. The first patent covers a GPS testing system to ensure that the GPS circuitry doesn't overhead and readings remains accurate. Interestingly, Apple notes that GPS could one day be integrated into wearable computers such as an Apple wrist-watch. The second patent covers an antenna that will provide future MacBooks with telephonic capabilities. Being that the GPS patent points to the 4G Long Term Evolution (LTE) cellular telephone standard being used in future portables, it may hint that we may see a telephonic MacBook hopefully in the next two years as Apple rolls out devices with 4G capabilities.

Apple has received their second Granted Patent from the US Patent and Trademark Office for an antenna that that may be used in future telephonic MacBooks. The patent specifically states that "communications are possible in data service bands such as the 3G data communications band at 2100 MHz band (commonly referred to as UMTS or Universal Mobile Telecommunications System)." The same antenna will also provide Bluetooth and Wi-Fi capabilities. 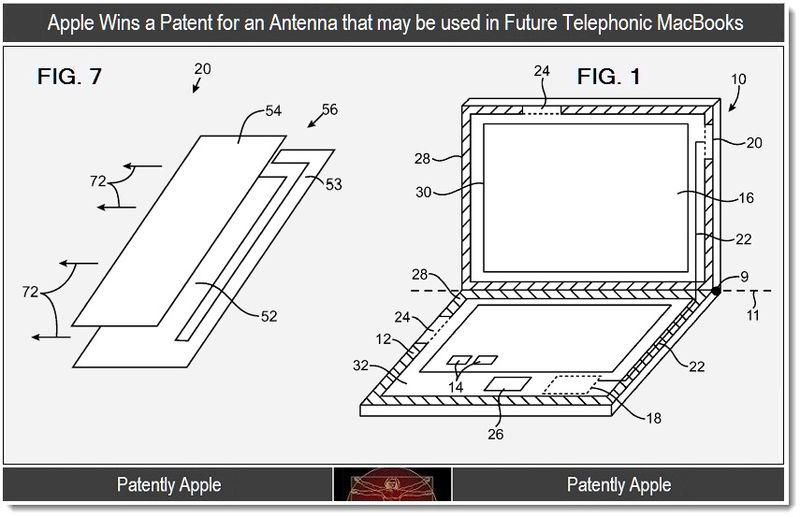 Apple's patent FIG. 7 is a perspective schematic view of an illustrative antenna that has a ground strip that serves as a reflector. FIG. 1 is the exemplary targeted device for this antenna.

Apple Wins a Patent Related to a GPS Testing System

Apple has received a Granted Patent that relates to portable electronic devices with satellite navigation system capabilities or GPS services. Interestingly, the patent points to the devices beyond today's iOS devices or future MacBooks but also wearable or miniature devices such as a wrist-watch, pendant or earphones. We seem to be getting closer to that Dick Tracy wrist watch every year.

Apple's abstract states that a portable user device may provide Global Positioning System (GPS) services and include a GPS receiver. A user may use the device to perform tasks. Certain tasks may generate excess heat or de-generate heat that causes the GPS receiver to perform unsatisfactorily. Methods are provided that could test GPS receiver performance during acquisition mode and during tracking mode. 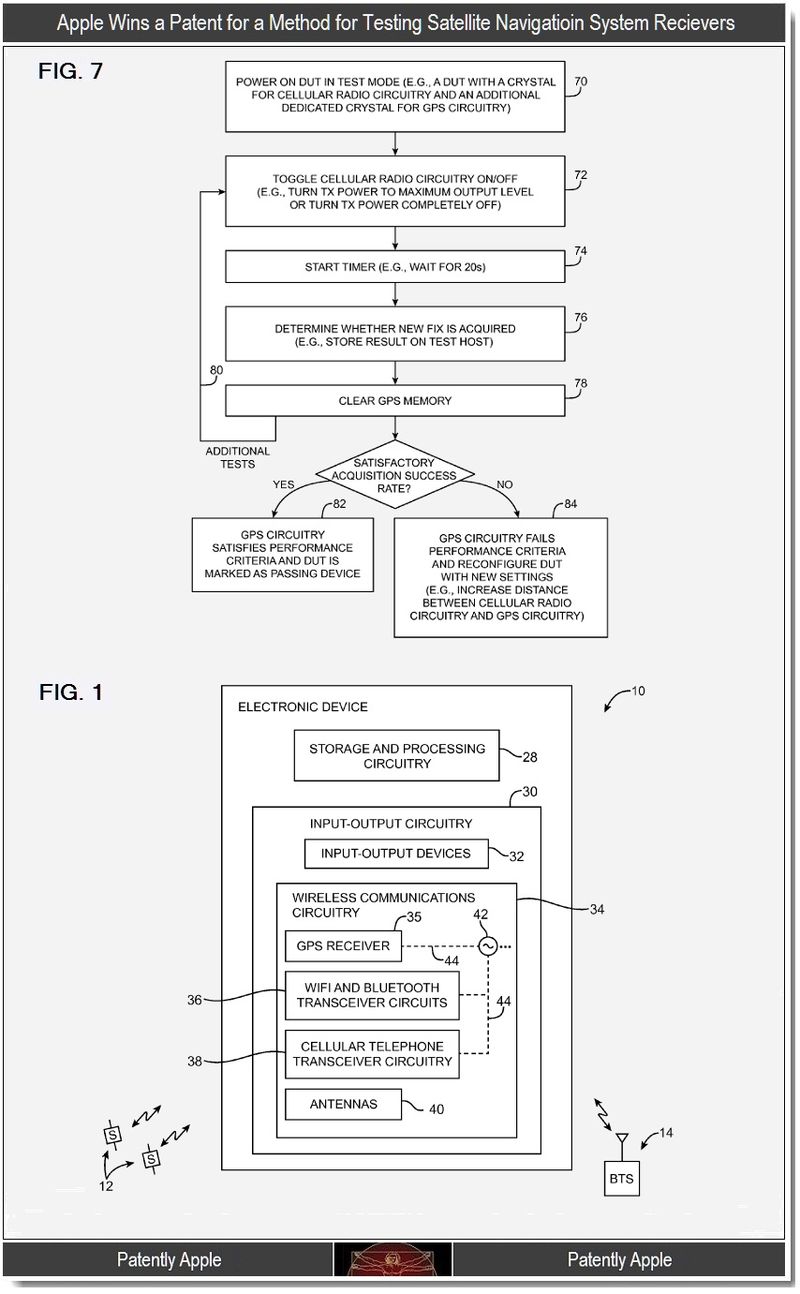 To review Apple's 29 other patent claims and invention detailing, see granted patent 8,054,221. Apple credits Anh Luong and Daniel Kong as the inventors of this patent which was originally filed in Q4 2010.