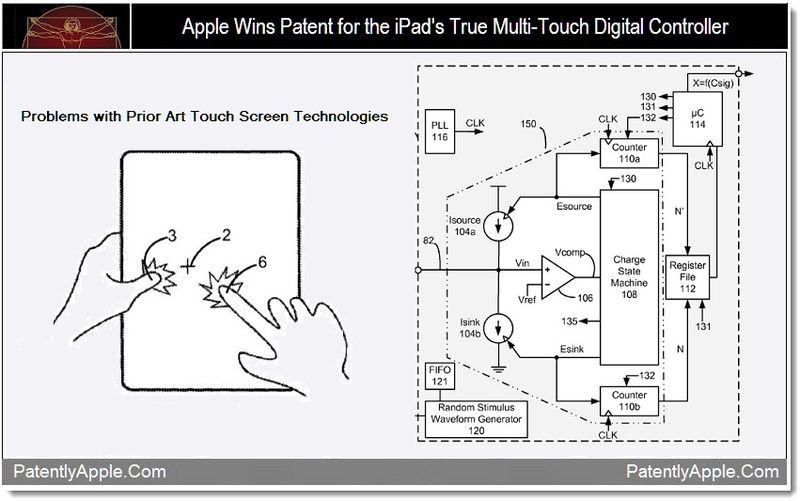 While the iPhone was being introduced back in January 2007 by Steve Jobs, Apple had already invented their Next Generation Touch Technology for their future iPad. Apple's granted patent, which was published earlier today, shows us that multi-touch technology for tablet PC's had to be different than that for the iPhone. Apple was clearly well ahead of the curve on this technology and on course for delivering the iPad three years later.

As Steve Jobs was providing us with a peek at the coming iPhone, they were already deeply engaged in developing next generation true multi-point touch surfaces for the iPad. Apple's patent discusses the problems with the first generation multi-touch technologies as they related to tablets. The iPhone was a smaller surface and so their multi-touch technology was just fine.

To make this point, Apple's patent states that "one problem found in these prior art technologies – is that they are only capable of reporting a single point even when multiple objects are placed on the sensing surface. That is, they lack the ability to track multiple points of contact simultaneously. In resistive and traditional capacitive technologies, an average of all simultaneously occurring touch points are determined and a single point which falls somewhere between the touch points is reported. In surface wave and infrared technologies, it is impossible to discern the exact position of multiple touch points that fall on the same horizontal or vertical lines due to masking. In either case, faulty results are generated.

These problems are particularly problematic in handheld devices, such as tablet PCs, where one hand is used to hold the tablet and the other is used to generate touch events."

Apple's newly Granted Patent relates to an improved touch surface controller for controlling a multi-point touch surface such as a touch screen or a touch pad in computer systems. The improved touch system controller detects signal capacitance from the pixels in the touch surface digitally, and therefore is easier and simpler to implement then previous approaches relying on analog detection and processing.

Specifically, signal capacitance is measured by measuring a number of clock cycles taken to discharge or charge the input node of a comparator. Embodiments of the disclosed touch surface controller are particularly useful in the context of detecting multiple simultaneous touches on the touch surface. 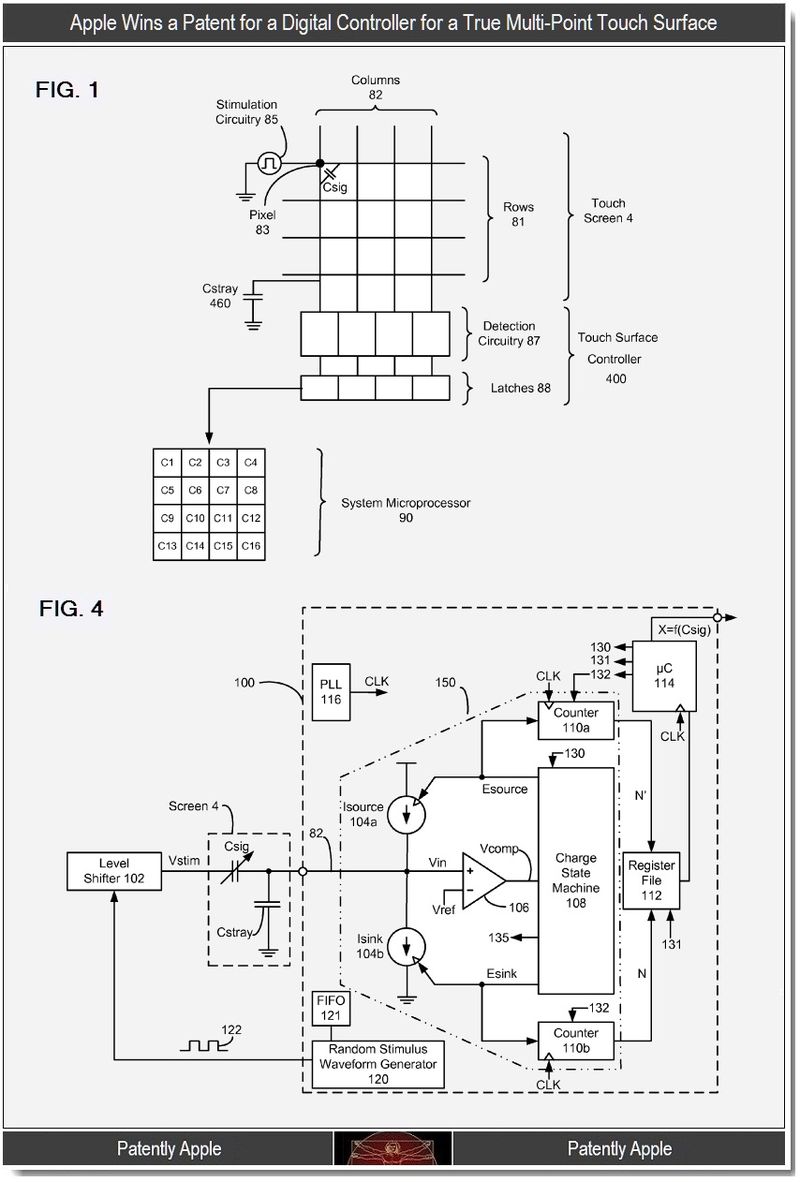 To review Apple's other 32 important patent claims and other detailing, see granted patent 8,054,299. Apple credits Christopher Krah as the sole inventor of this patent which was originally filed in January 2007.