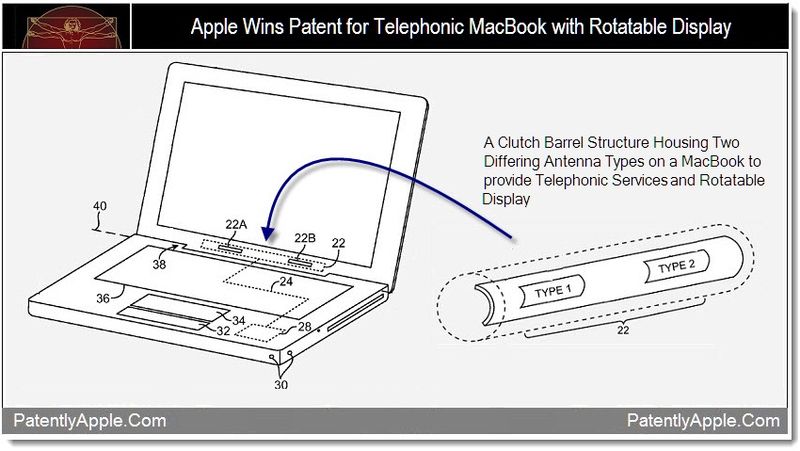 The US Patent and Trademark Office officially published a newly granted patent for Apple Inc. today that sounds like a real winner. The patent points to a MacBook using a clutch barrel structure that supports both a cellular antenna and rotatable display. This officially announces to the Wintel camp that Apple now has the ability to match or beat the Ultrabook design that is to come to market in 2013 with the Haswell processor. Now we just have to applaud loud enough so as to send Apple a clear message that we want a MacBook Tablet combination device. I mean – why should the Wintel camp have all the fun with their upcoming notebook-tablet with Windows 8 and their new touch-based Metro UI? The iPad is Apple's thunder and they should naturally extend it through to a future MacBook or MacBook Air.

Apple has received a Granted Patent that relates to a MacBook that could utilize a unique Clutch Barrel antenna structure. The design hold two interesting features. The first is that the clutch barrel antenna structure could carry 3G capabilities allowing a MacBook to offer telephonic services. The Telephonic MacBook was thought to be first introduced last August, but we now see with this newly granted patent, that this project may have started as early as 2008. Since that time, Apple has been aggressively filing patent applications throughout 2010 and 2011 (one, two, three and four). It's a forming trend that is certainly illustrating that Apple's industrial design team, lead by Jony Ive, is trying different approaches in creating the perfect Telephonic MacBook.

Walter Isaacson's biography of Steve Jobs allows us to see that Jony Ive and team create cool 3D models of future products for the executive team to inspect, touch and play with so as to get a sense of what it's like to hold a device or see a new hardware feature and so on. It was a serene place that Jobs loved to wonder around in and unwind, while being delighted at what the future roadmap looked like. The book describes how well this design haven is protected and only a handful of executives ever get to enter.

The second attribute of today's invention is that a hinge structure would allow a MacBook to "rotate relative to the base of the laptop computer." This is very much like the second or third generation Ultrabook design spec that will allow an Ultrabook to transform into a tablet for simple reading, surfing and/or scribbling with a Smart Pen.

Interestingly, today's 2008 patent discussing the rotational aspect of the MacBook's display falls in line with their 2008 secret MacBook Tablet idea. Yes, there are two very different approaches here as to how the MacBook-Tablet idea could play out – which again is something presented in Isaacson's biography of Steve Jobs: The idea of having two competing teams working on the same project but with differing approaches. In this case, one team was shown to be working on a slide mechanism for a MacBook Tablet and now we see another team working on the same idea but with a smarter rotatable display to achieve the same ends. 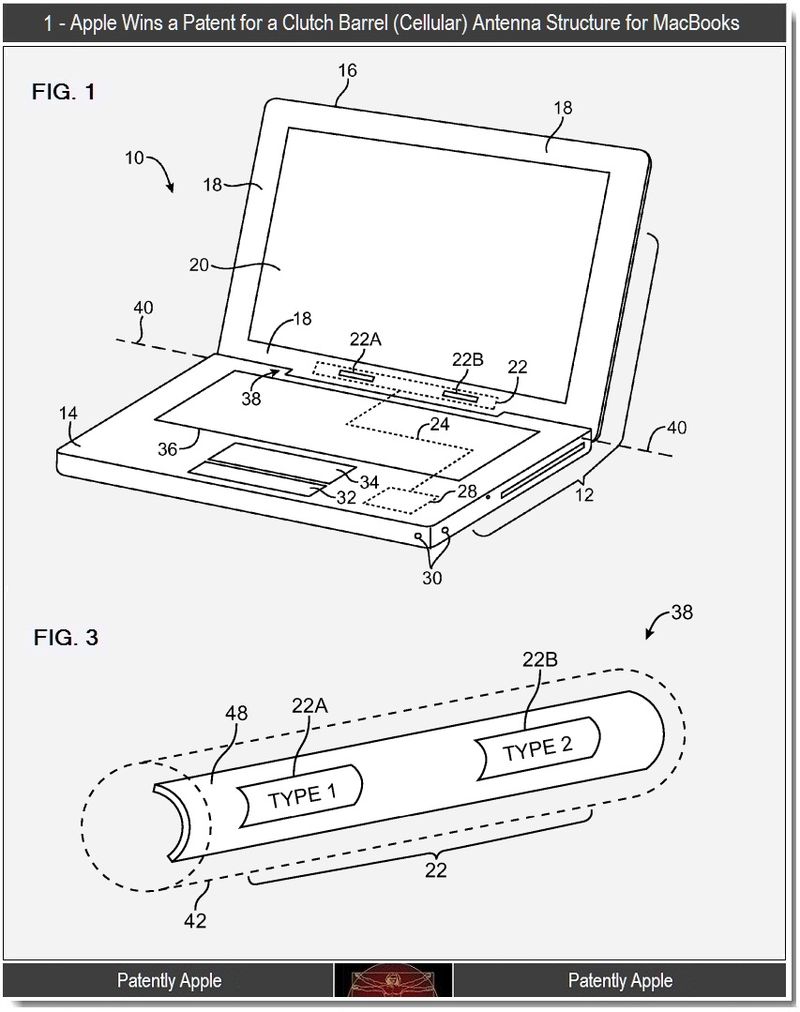 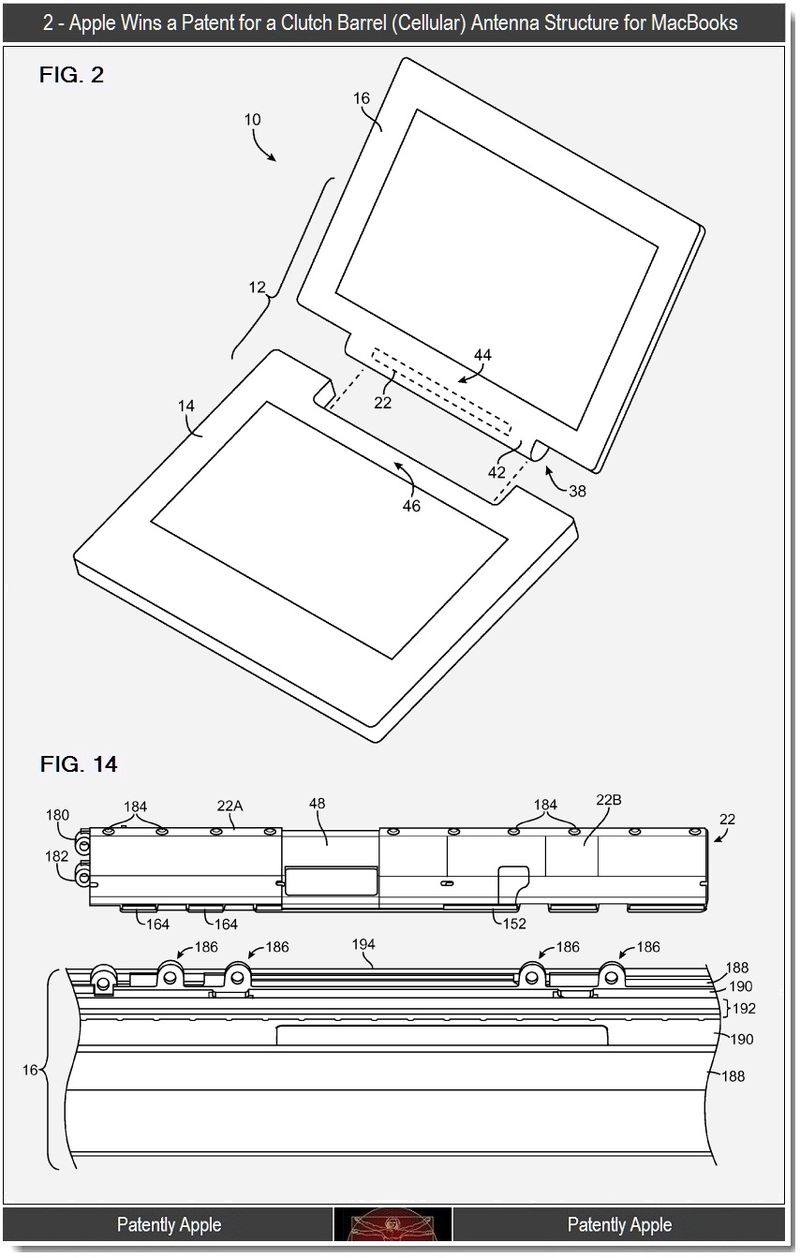 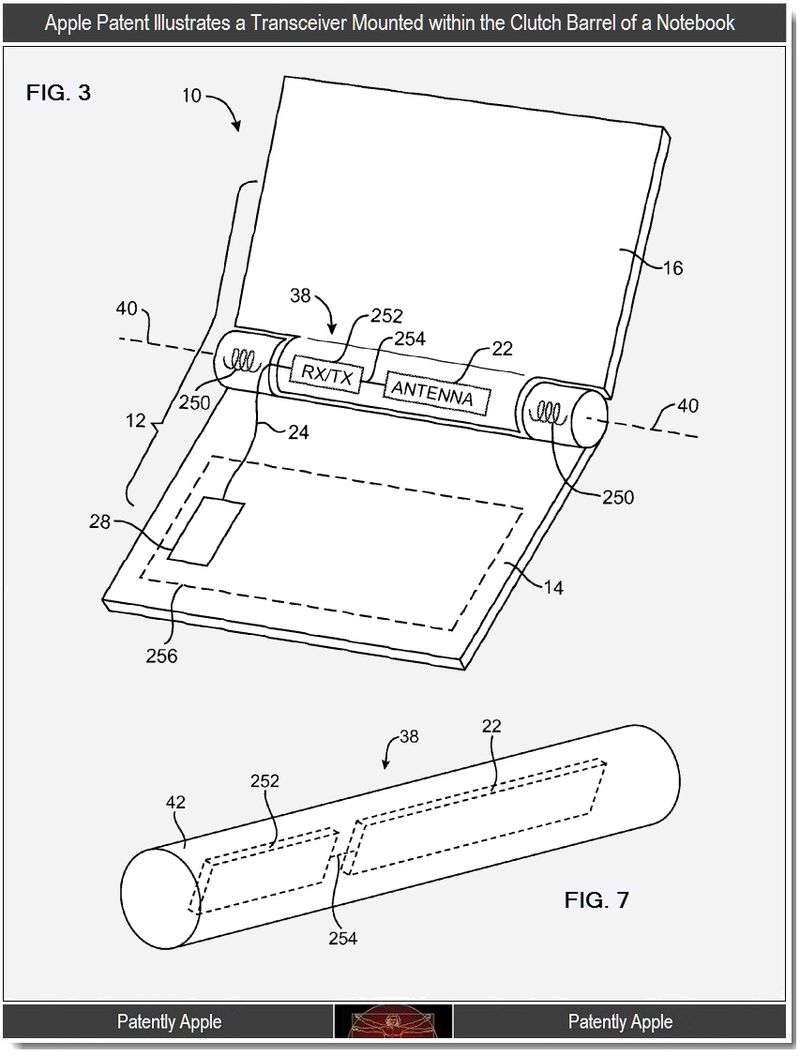 And one last point. Steve Jobs, according to his biography, knew that the iPhone would cannibalize the iPod. But if they didn't do it, then their competitors would. The same is true for the future Ultrabook that will sport the Haswell processor and more importantly, support a rotatable display to allow a notebook to transform into a tablet for leisurely reading etc. Likewise, Apple has to offer a notebook-tablet alternative product or risk having their iPad sales erode at an accelerated pace. With a combo unit, Apple will be able to justify dropping iPad sales if their MacBook-Tablet is the direct beneficiary.

Note: The sites that are linked to above offer Apple community members with an avenue to make comments about this report in many original languages. These great community sites provide our guests with varying takes on Apple's latest invention. Whether they're pro or con, you may find them to be interesting, fun or feisty. If you have the time, join in!

Wow! Can't wait for Apple to release this someday!

I hope Apple follows through with this. I use an HP tablet computer for drawing, but what I really want is a combination of an iPad and a Macbook Air. I have a Wacom tablet but it's not the same as being able to write or draw directly on the display.