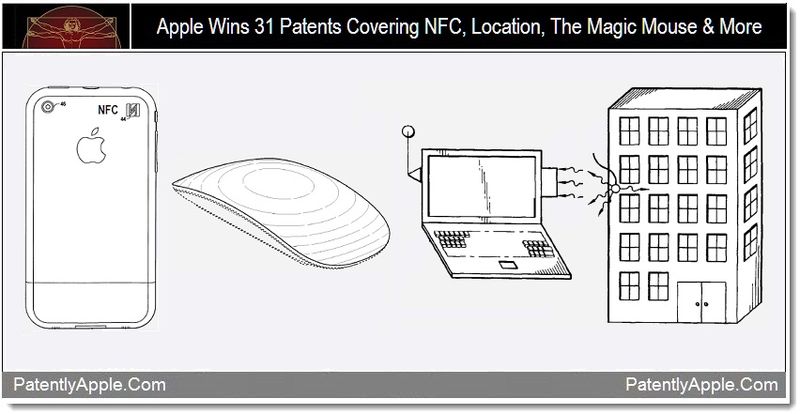 The US Patent and Trademark Office officially published a whopping 31 newly granted patents for Apple Inc. today. Earlier we covered a Key Swipe Gestures Patent for Virtual Keyboards, another covering a Telephonic MacBook with a Rotatable Display along with an Industrial Design Patent for Apple's Upper West Side NY Apple Store that credited Steve Jobs as one of the designers. In our last report of the day, we cover an eclectic mix of interesting patent wins ranging from a first NFC patent win to one covering location technologies including Infrared beacons. Additionally we cover conductive paints and foils used in the iPhone and another design win for Steve Jobs on the Magic Mouse. All in all it was a huge patent day for Apple and fun for Macites who love to hear the sound of Android-Heads exploding at the mere mention of Apple gaining yet more "e-v-i-l" patents – Ha!

Apple has received their first NFC related granted patent that relates to workflows that may be performed on electronic devices and, more particularly to shared execution of workflows on multiple electronic devices. By way of example, the electronic device may be a model of an iPhone, or a derivative thereof provided for sales transactions, available from Apple Inc. of Cupertino, Calif. 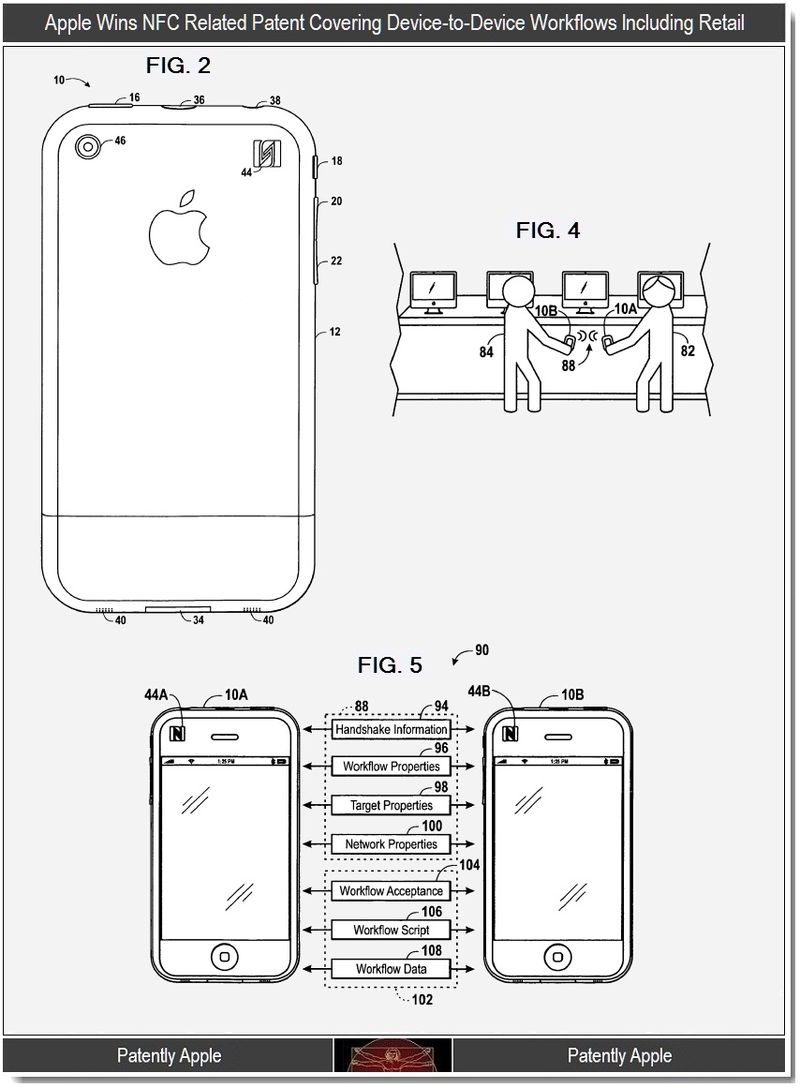 While Apple is rolling out a new fast check-out system in their retails stores, Apple's NFC patents covering retail store transactions are many and could be found in our NFC Archives. Two specific NFC patent relating to retail beyond today's granted patent would be: Apple Reveals their e-Wallet Companion App Called Shopping and Apple Gearing Up for the Coming NFC- iPhone Revolution. The current Apple retail system could be borrowing from their recently granted patent covering a point of sale transaction system. For more information see granted patent 8,060,627.

Granted Patent Number Two: Transmission line with a cross-hatched ground plane that is either filled with conductive paint or covered by a conductive foil 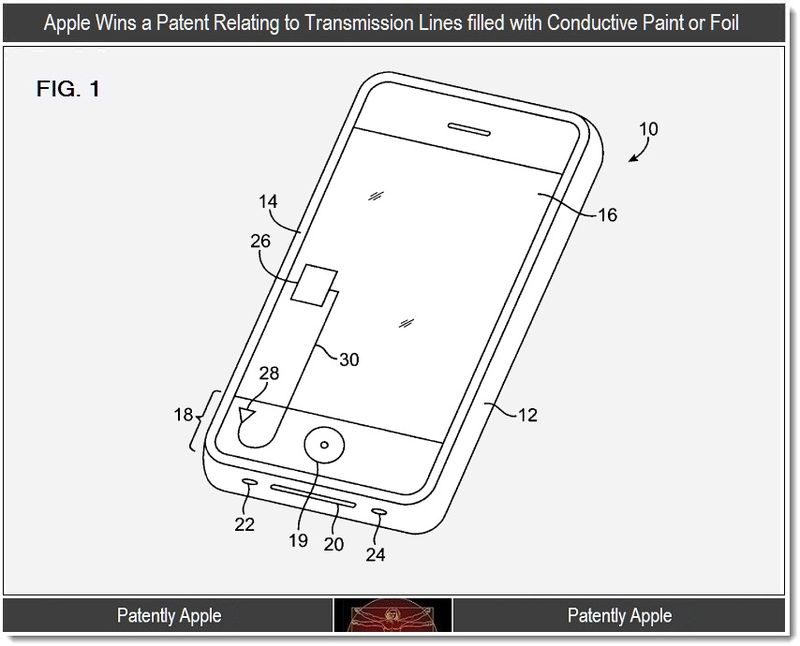 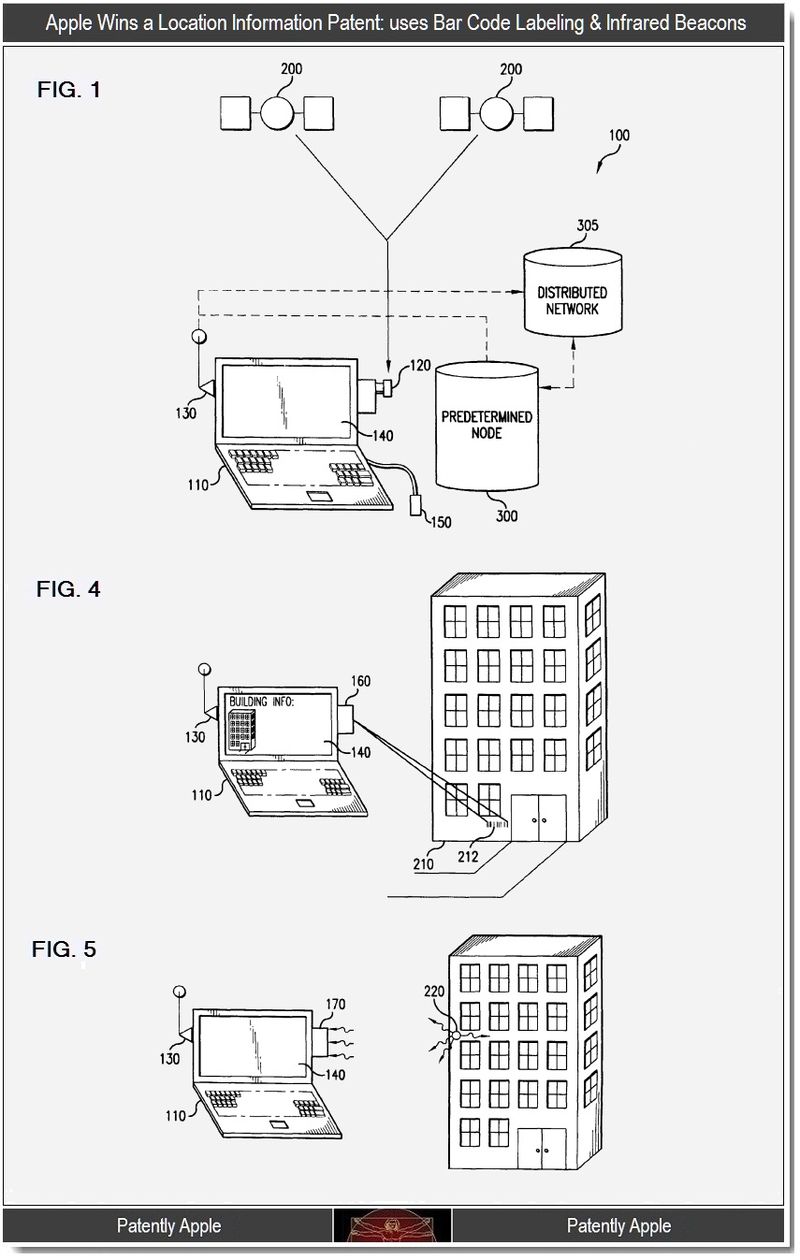 Although this patent was refilled in Sept 2010 and granted today, it actually dates all the way back to 1998 as its original filing date. It would appear that Apple sought out to acquire this heavy weight patent as none of the engineers listed appear to be known Apple engineers. Though it's interesting to note that Mark Weiser, who's known to be the father of ubiquitous computing, is listed on the patent. Mr. Weiser is associated with Xerox PARC. For more information, see (reexamined) granted patent RE42,927.

Over and above the granted patents that were specifically reported on today, we present you with links to a few of other 31 granted patents in our Final Patent Round-Up as follows: 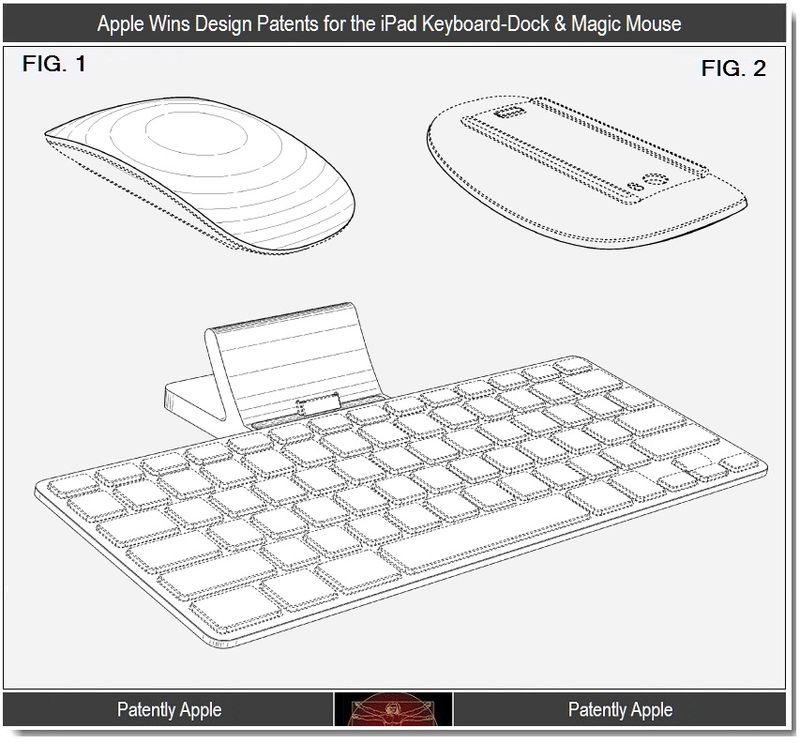