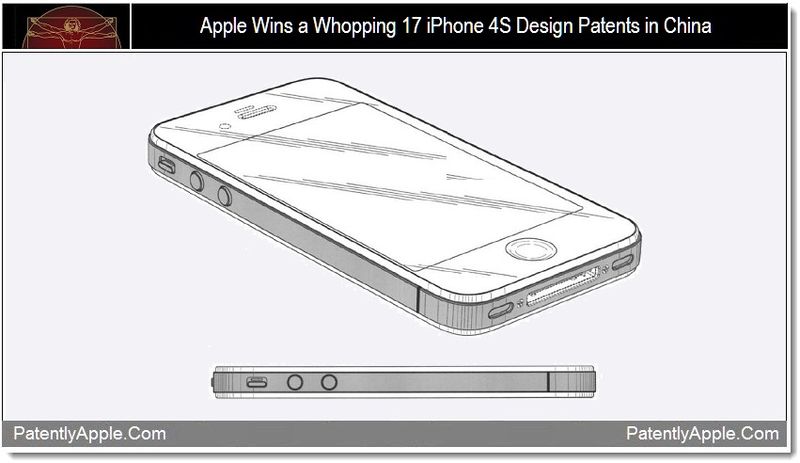 Apple has been granted 17 iPhone 4S Design Patents in China over the course of the last several months. It appears that the Hong Kong database doesn't always file registered designs as one would expect. Some registered designs are found out of date sequentially and are easily overlooked. The designs noted in our report today, of course, are really those relating to the original iPhone 4. But why not have a little fun with it being that that Apple decided to use the very same physical design as the iPhone 4 for their current iPhone 4S. Apple's iPhone 4S designs are protected in China until 2016.

Just for the Record

Like most design patents filed around the world, the description found on most of them are somewhat limited to the actual designs themselves accompanied by a single line such as, "Cover" or "Electronic Device." But for the record, a photo of the iPhone 4 in black was filed under 1001693.1M012, the white iPhone photo under 1M013. Four designs related to the iPhone 4's antenna are covered under the number range 1001694.3M001-3M004. The bulk of the designs, 11 in all, were filed under the number series 1001693.1M001 to 1M011. 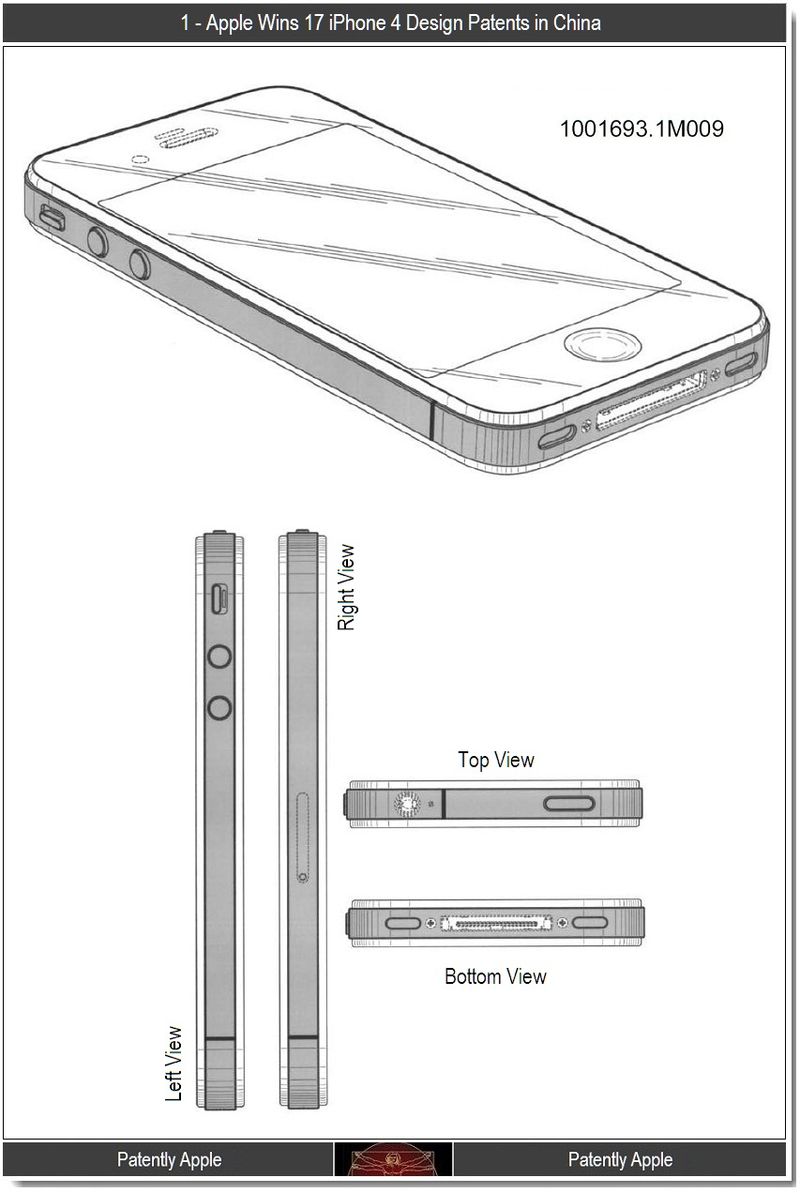 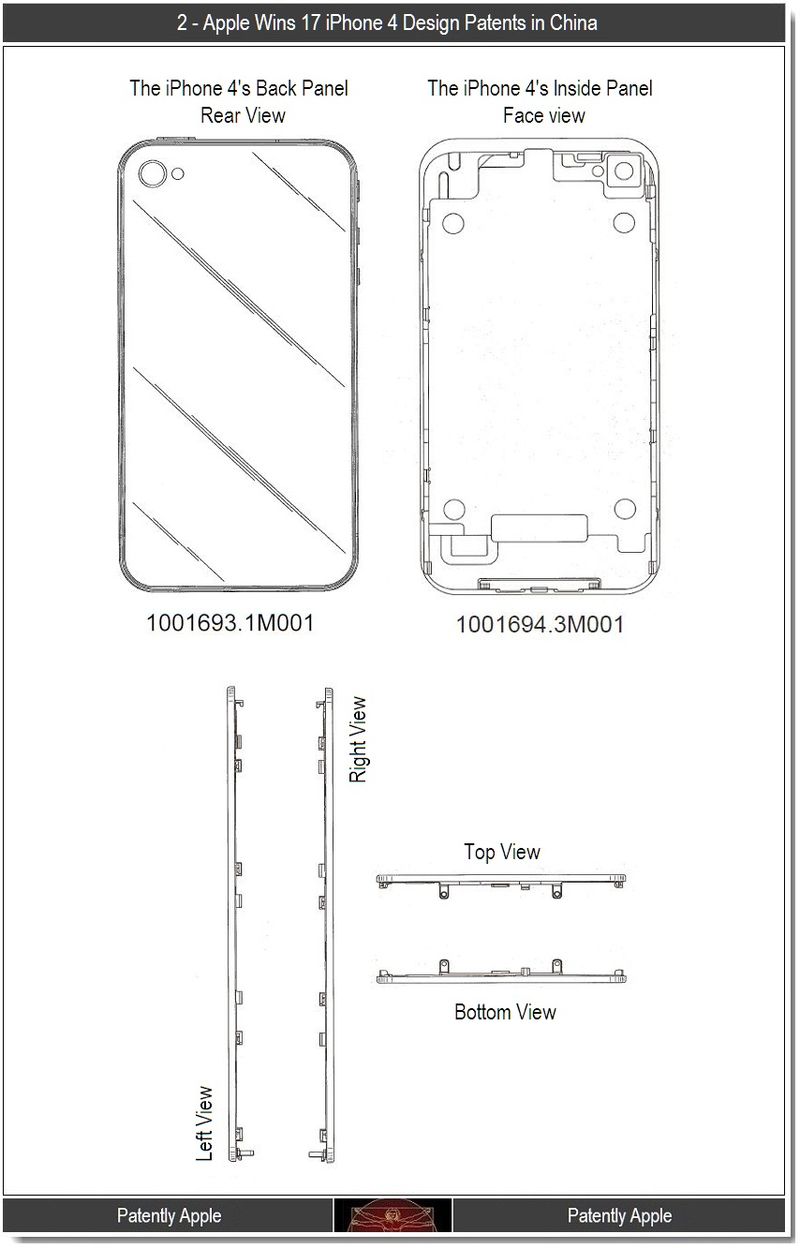 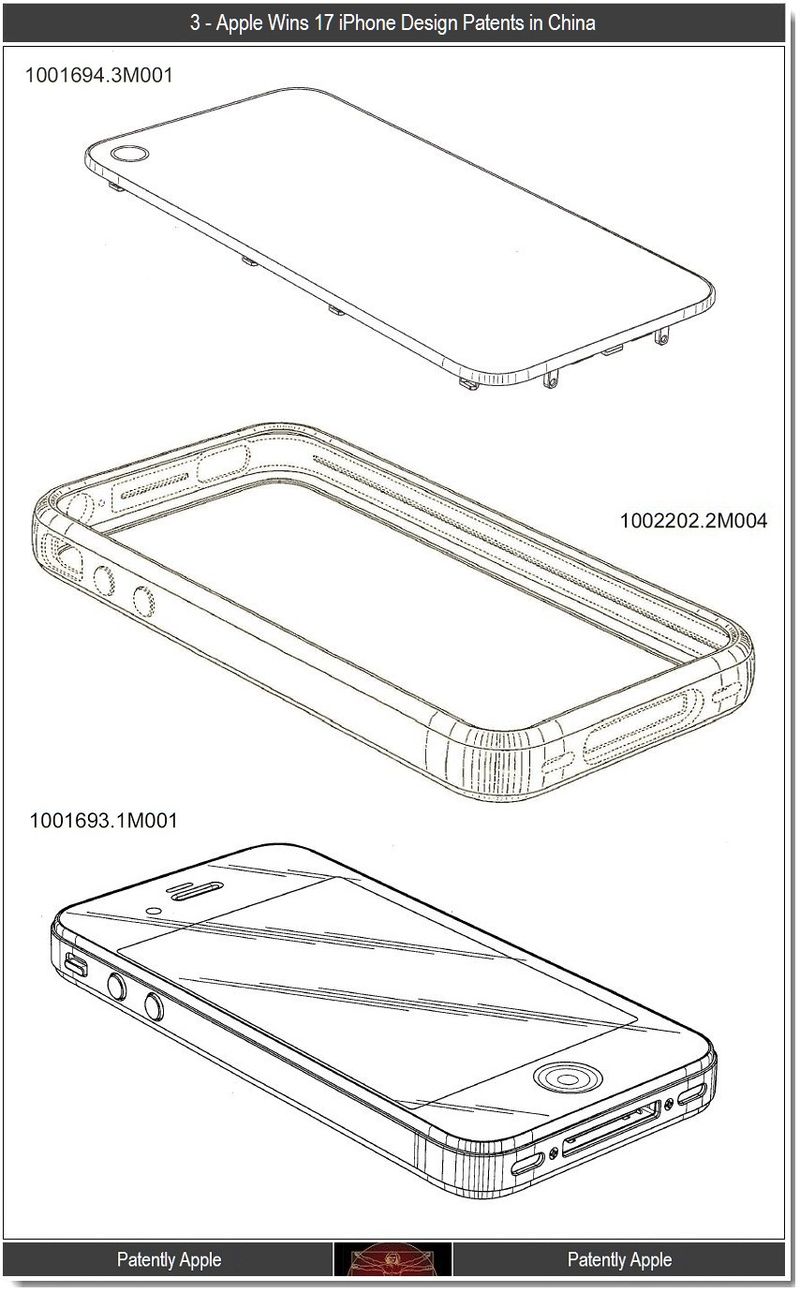 The designs, as noted above, illustrate the back panel, the center section with the wrap-around antenna and the final product which covers the face panel. It's interesting to see that the antenna section is apparently preassembled unto a portion of the Gorilla Glass with the top and bottom portions being added separately during manufacturing. The faceplate itself could be viewed in photos found in our 2010 report.

Lastly, it should be noted that all of the designs presented in our report were registered by the Trademark Office in Hong Kong China. Apparently there are IP offices in every Province of China, including Taiwan. Patently Apple only reports on IP developments as they're presented by the Hong Kong China IP Office. While I'm sure that Apple's legal team works with every major IP Office in China, we're unable to confirm this with any degree of accuracy at this point in time.