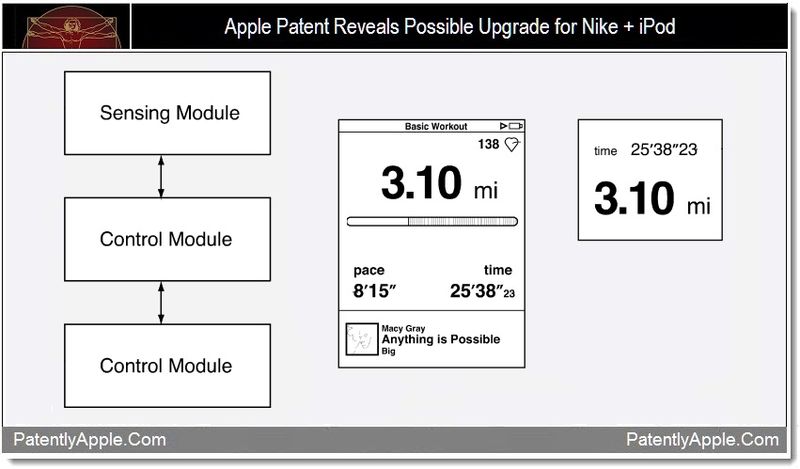 One of Apple's latest patent applications published this morning indicates that possible changes may be coming to the Nike + iPod program. This originally filed 2010 patent application states that Apple's patent is about the ability of dynamically adjusting a display based on the progress of an event monitored by an iOS device. In particular, it's about dynamically adjusting workout information displayed as a user nears the end of their workout. The new feature comes about due to a new sensing module.

Many electronic devices can include displays on which information could be provided to a user. The amount of information displayed, as well as the distribution of the information on the display, can be set by an application, firmware or an operating system running on the device, or combinations of these. The information provided could have any suitable prominence, including for example different sizes or location based on the relative importance of the information.

In some cases, a user could perform an activity while using the electronic device, where the activity requires either the user to move relative to the device, or the device to move relative to the user. For example, a user could run or walk while holding the electronic device. As another example, a user could move a device to provide an input corresponding to an application (e.g., a game). When the device moves relative to the user's eyes, the user may have difficulty viewing content on the display. In particular, the user may have difficulty discerning information provided with smaller types, information disposed near edges or corners of the display, or information in a color similar to a background color.

In some cases, however, the particular content of most interest to a user could change while the device moves relative to the user. To change the most prominent content displayed, or to display more prominently different content, a user may be required to provide a corresponding input. This may be difficult for the user to do as the user moves, or may be distracting if the user is concentrated on a particular task at hand.

Apple's patent presents the ability to automatically change the prominence of displayed information while a device moves based on the occurrence of an event or on nearing the termination of an event. In particular, this is directed to adjusting information corresponding to an event that is displayed, where the event information of interest changes as the event nears its completion (e.g., when the user nears a workout target or goal).

When the user reaches an event, however, the user may be interested in different information than was initially provided on the display. For example, a user may be more interested in pace or time information towards the end of a distance-based workout. Accordingly, the electronic device could monitor the data stream corresponding to the event and detect when the data stream reaches a threshold corresponding to the end of the event. In response to determining that the event end is approaching, the electronic device can identify other information to display, and replace the initially displayed information with different workout information. 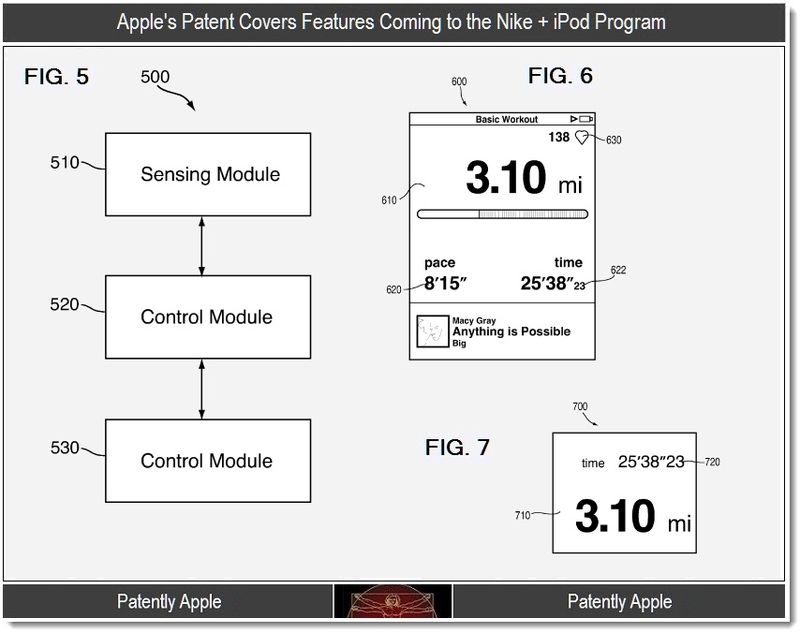