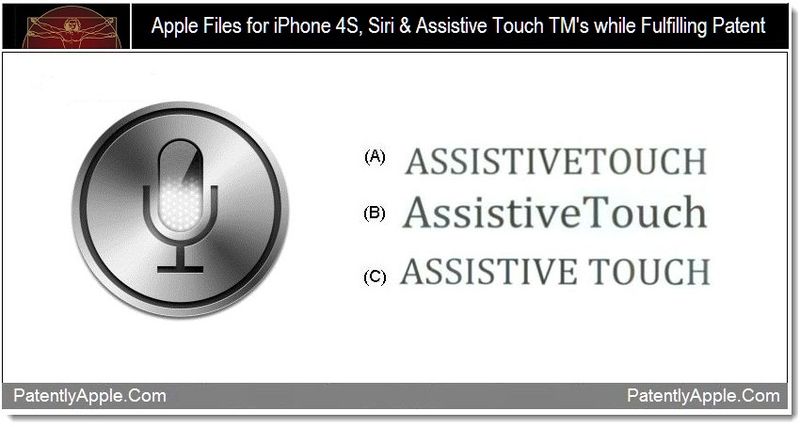 It was revealed today at both the EU and Hong Kong China IP Offices that Apple has filed for the "Assistive Touch" trademark shown above in three different formats under International Classes 9, 28 and 42. The Assistive Touch feature shown here in use actually fulfills a patent feature that we reported on in November 2010. The initial concept was generic while Apple's implementation is Apple feature specific – but it's the same feature being described. In other IP News, Apple filed for iPhone 4S, Siri and the Siri logo trademarks in Canada this morning. Updated with US Filing Info 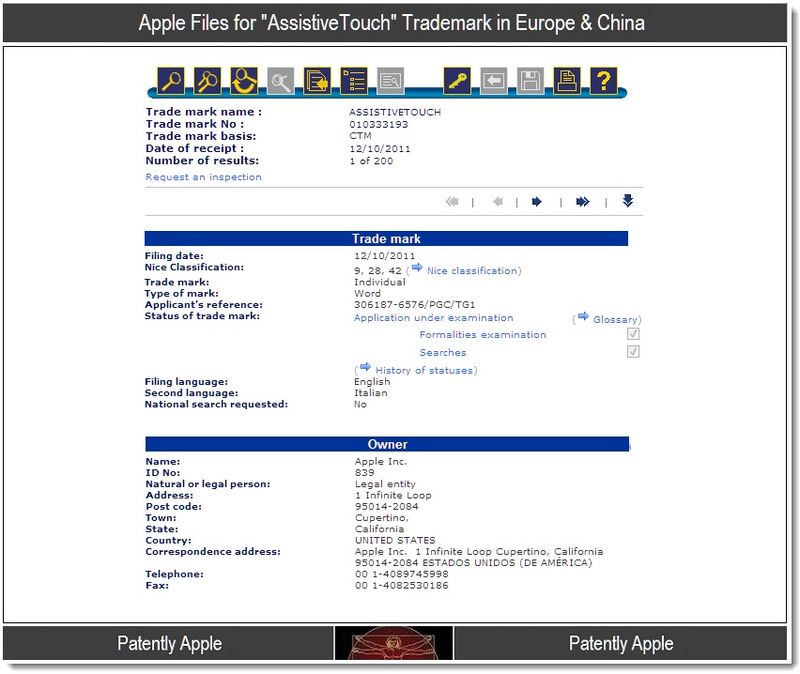 Apple's "Assistive Touch" feature was derived from an Apple patent. This once again confirms that patent applications present us with forward looking ideas and concepts that are at work in Apple's labs. From generic concept to the Apple-Specific implementation, the graphic above proves it out.