On October 20, 2011, the US Patent & Trademark Office published a pair of patent applications from Apple that reveal their consideration if not right-out intention of shifting to fuel cell plate power for portables. While supplying more power in a smaller space, one of the side benefits may be a portable device's resistance to water damage. Report Updated Dec. 2011

Fuel cells provide electrical power by converting a source fuel, such as hydrogen or a hydrogen-containing compound, into an electric current and a waste product by electrochemical means. In particular, a fuel cell contains an anode, a cathode, and an electrolyte between the anode and cathode. Electricity may be generated by two chemical reactions within the fuel cell. First, a catalyst at the anode oxidizes the fuel to produce positively charged ions and electrons. The electrolyte may allow ions from the oxidation process to pass through to the cathode while blocking passage of the electrons. The electrons may thus be used to drive a load connected to the fuel cell before recombining with the ions and a negatively charged atom (e.g., oxygen) at the cathode to form a waste product such as carbon dioxide and/or water.

Hence, the use of fuel cells as power sources may be facilitated by improvements in the reliability, weight, and/or size of fuel cell stacks.

Apple's patent FIG. 1 shown below illustrates a schematic of a system in accordance with the disclosed embodiments. The system may provide a power source to a portable electronic device, such as a mobile phone, laptop computer, portable media player, and/or peripheral device. As shown in FIG. 1, the system includes a number of fuel cells 110-124 arranged in a fuel cell stack 102, a power bus 104, and a voltage-multiplying circuit 106. 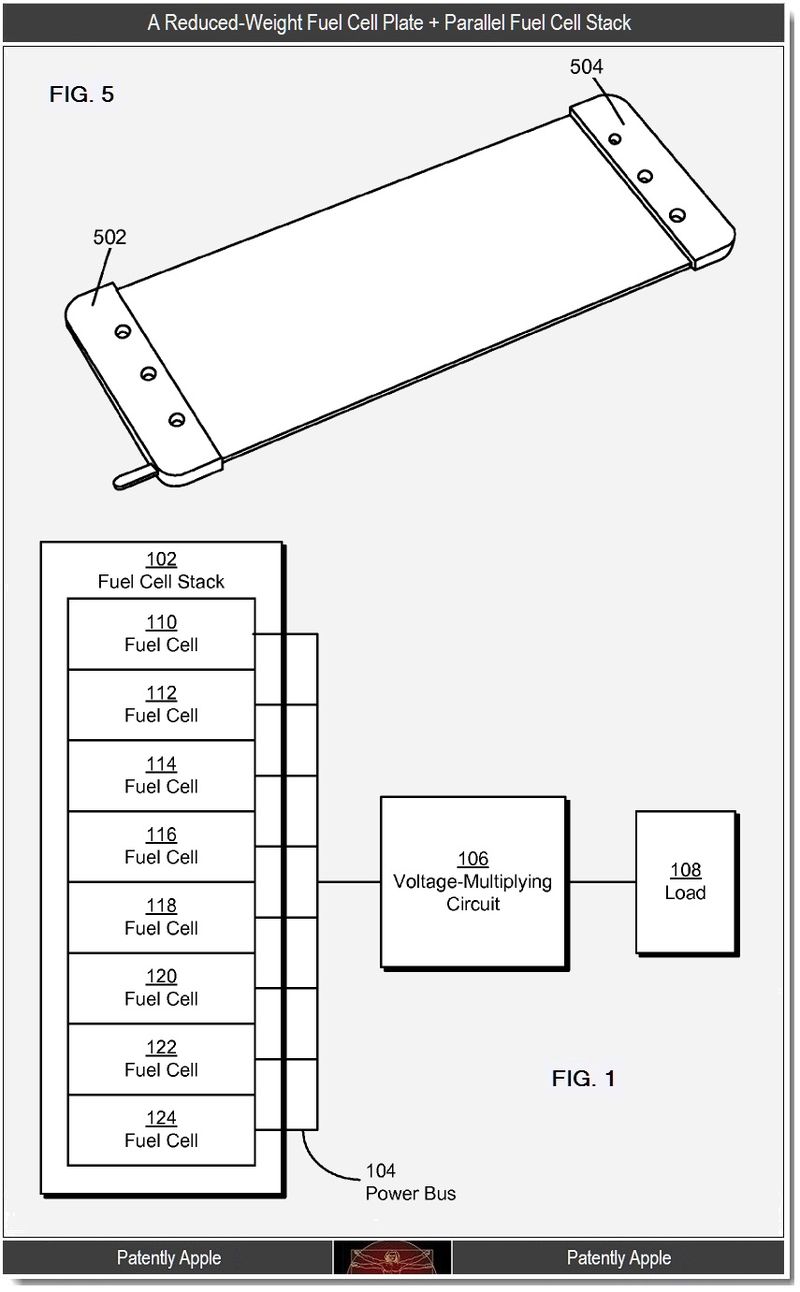 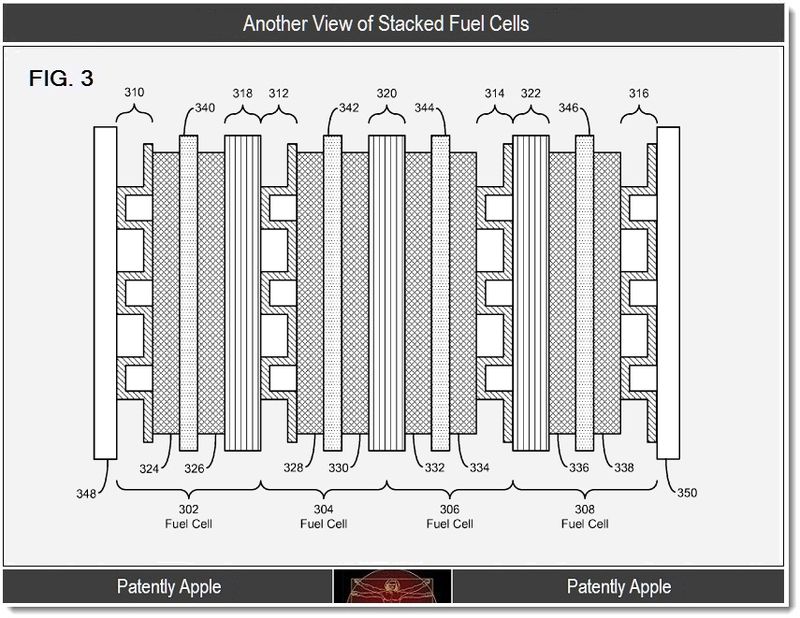 Apple states that the fuel cell stack may be used in lieu of a battery pack in driving a load.

Both of Apple's patents respectively titled "Parallel Fuel Cell Stack Architecture" and "Reduced-Weight Fuel Cell Plate" were published today and originally filed in April 2010. While the patents were highly technical and boring to read, the message was what was important: more power, smaller package: Gooood! Update December 22, 2011: Also see our latest report on this subject matter titled "The Race is on for Next Generation Fuel Cell Powered Devices."