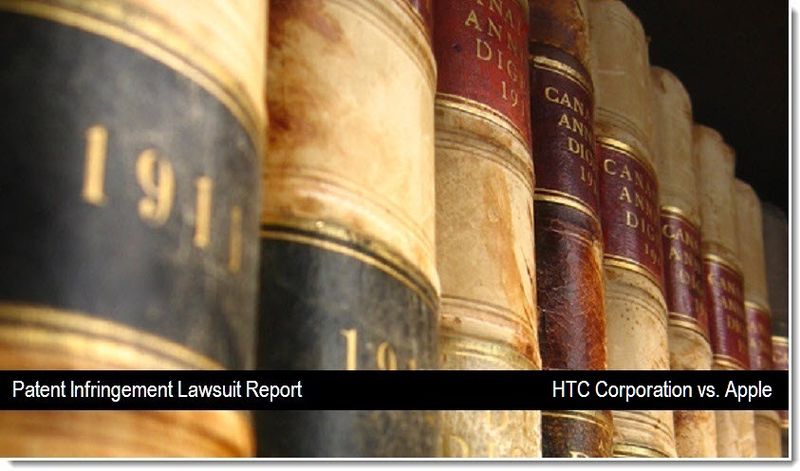 Just when it looked like HTC was about to settle their lawsuit with Apple involving some twenty patents, they've decided to do an about face and strike back at Apple by launching a patent infringement case of their own. HTC is seeking relief by requesting the court to grant them triple damages for Apple's willful infringement of three of their patents. HTC believes that almost everything in Apple's product line-up infringes on their patents including the Macbook, iPhone, iPad and more. Either the talks with Apple's legal counsel didn't go very well or they were using their play-nice strategy as a delay tactic for their counter lawsuit. In time we'll know which of the two it was.

The Apple products that are allegedly infringing upon HTC's patents are quite extensive and are listed as follows: The entire line-up computers including Apple's MacBooks and desktops, the iPhone, the iPad, wireless printers in conjunction with AirPrint and/or other hardware and software offered by Apple, streaming wireless capable television (Apple TV), wireless network equipment (Airport and Time Capsule) Portable digital music and video players (iPod lines of devices), related communications software, applications, and digital media and related services.

The Three Patents in this Lawsuit

The following are the three granted patents (and their respective abstracts) that HTC Corporation has laid out in their lawsuit as being the patents that Apple is allegedly infringing. Note that two of the patents presented in this case were originally assigned to ADC Telecommunications, Inc (USA).

HTC's case was filed with the Delaware District Court. A Judge has yet to be assigned.

@ Mark. You report that "Google executive chairman Eric Schmidt has previously accused Apple of responding to Android’s success with lawsuits rather than innovation."

Any time I hear anyone at Google stating things like that I fall on the floor laughing. Here's the Judas of the tech industry, sitting on Apple's board, getting paid by Apple, and then screws Apple by going after the iPhone that Schmidt had fore-knowledge was coming. I'm surprised he's not in jail for that one.

All I see is Google copying Apple. So thanks for the great laugh mark. The 12.5 Billion that Google spent to get Motorola's patents is for what? Innovation? Ha! What a joke.

Google is giant Whiner. I hope to see Google actually innovate instead of Whine all the time. That would be refreshing.

At the end of the day, we're just on different sides of the coin on this one, Mark. But thanks for your honest opinion.

Its actually a war between Apple's iOS and Google's Androids OS. Google thinks that Apple's patents are bogus. Read our report: http://www.mark9.net/apples-bogus-patents-trying-to-target-androids-google/

Apple has prior art on this anyway, this is just a knee jerk reaction that won't go far.

Also from what I can tell most uses that they claim Apple is using don't exist directly through Apples hardware implementation, I really can't see anything they claim as being a direct threat to Apple.