The US Patent and Trademark Office officially published a series of 16 newly granted patents for Apple Inc. today. In our second and final granted patent report of the day you'll learn about two key patents that Apple has won. The first patent relates to Apple's spreadsheet app known as "Numbers," which is a component of their iWork Suite – and the second patent relates to Multi-Touch technology that emerged in late 2007, just after the iPhone's debut.

Apple has been granted another key multi-touch related patent titled "Switched Capacitor Projection Scan Multi-Touch Sensor Array. After the iPhone had debuted in 2007, Apple's John Elias filed a patent that would reduce the cost and advance performance of multi-touch displays by integrating touch sensors into a single surface of the touch substrate for sensor circuitry. 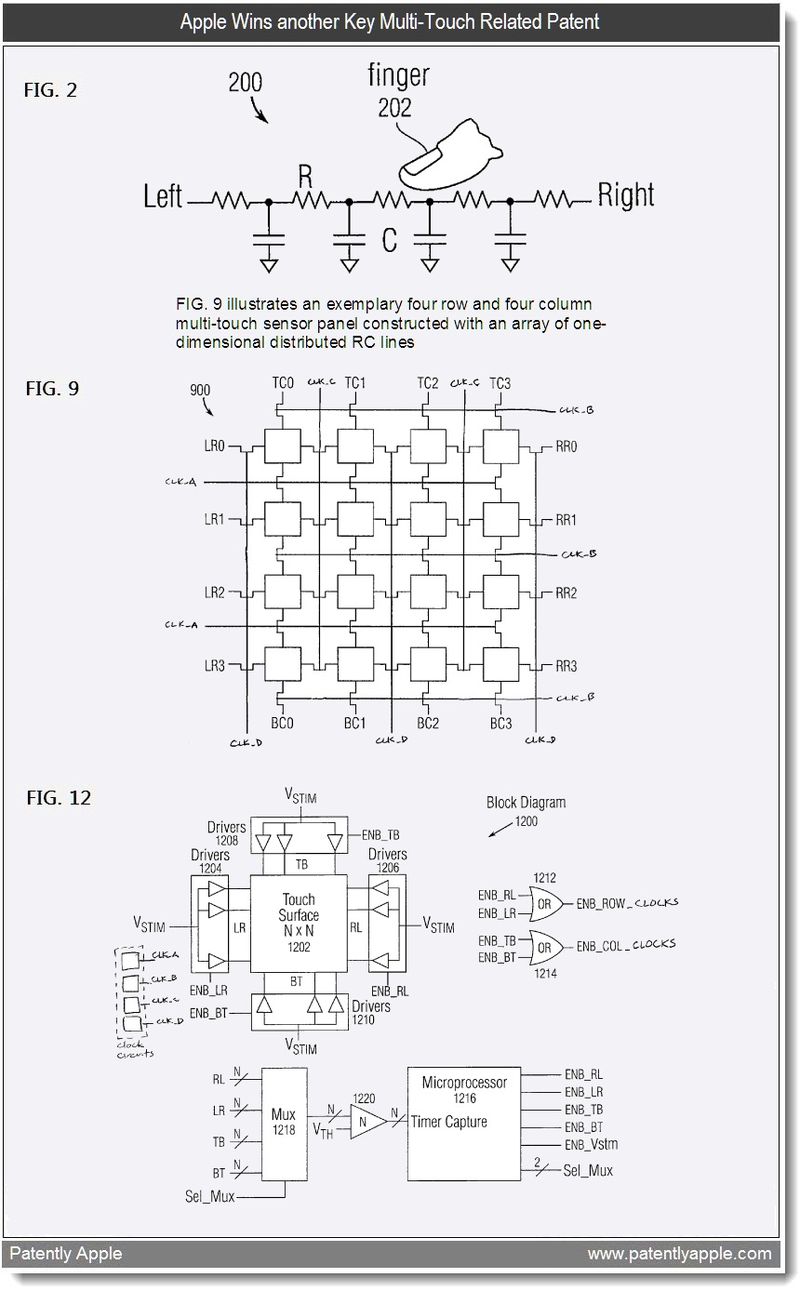 For super geeks and competitors legal teams that need to know what Apple has invented here in detail, see granted patent 8,004,500 which was invented by John Elias in Q4 2007.

Apple has been Granted a Patent Relating to their "Numbers" App

Apple has been granted a patent relating to their spreadsheet app known as "Numbers." Apple's productivity suite known as "iWork" debuted in 2005 with a presentation app called Keynote and a word processor called "Pages." Numbers completed this suite in 2007. 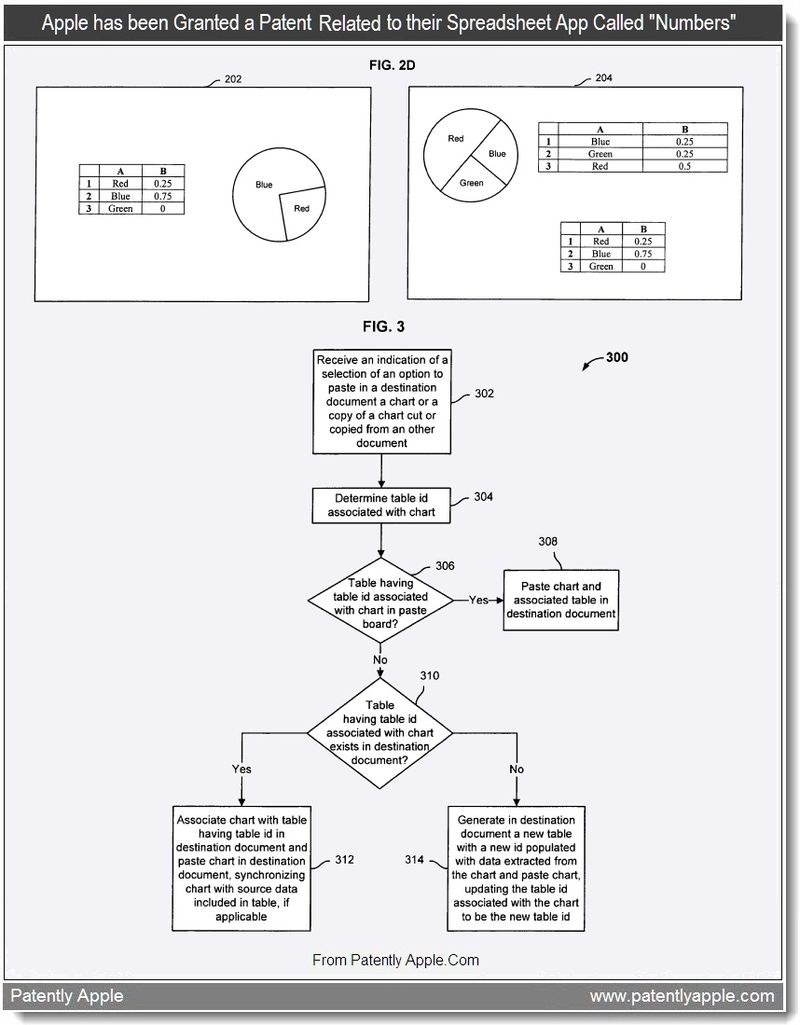 Granted Patent 8,004,493: "Methods and systems for providing sensory information to devices and peripherals" - (like an iPhone headset or wireless keyboard).

Granted Patent 8,004,525: Displaying interconnects having an appearance indicating data characteristics: This patent relates to Apple's "Shake" application which is now defunct. Aspects of this application have likely been rolled into Apple's Final Cut Pro X.

Side Note: No Truce in Patent Wars: The Financial Post takes another look at the patent wars raging on in a recent article by Jameson Berkow. Will we see a form of Detente emerge at some point in time? Likely -  but it's not on anyone's radar screen just yet.