Apple Files for Figurative Trademark for Smart Cover in China

On August 15, 2011, the Patent & Trademark Office in China has published Apple's latest figurative trademark application for "Smart Cover" under application 302003147. Apple has filed their figurative trademark under International Classes 9 and 18 which covers such things as covering cases, sleeves, sheaths, and pouches for computers as well as business cases.

Apple's mark consists of the configuration of a protective case for an electronic device. Apple claims the 3-dimensional shape as shown in the representation as an element of the trade mark. 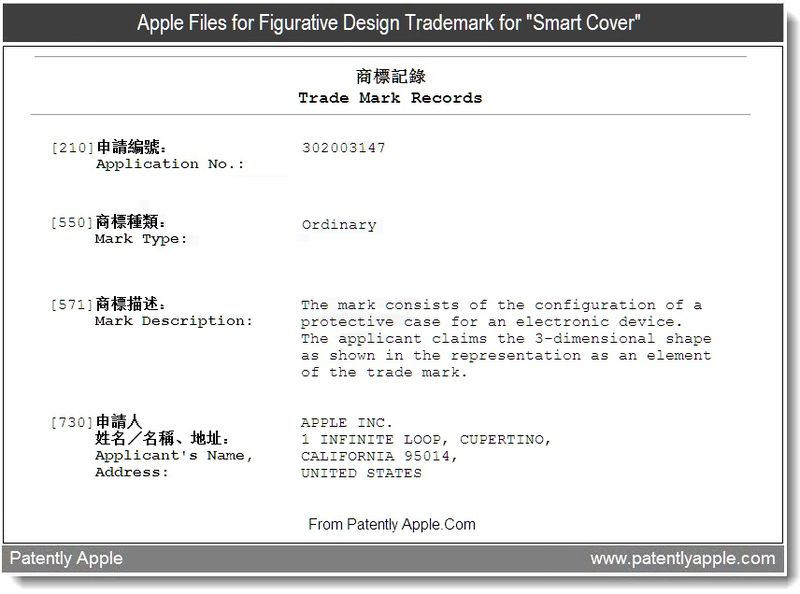 The actual trademark name for Apple's "Smart Cover" has already been filed in Canada, the US, Europe and China.

Interesting News Tid Bit: MacRumors posted a report on Sunday about a Telephonic MacBook Pro prototype. Whether this ever comes to market is unknown at this time, but Apple has been working on this for some time now (see one, two and three) and has even been granted a patent for such a beast. The latest design hides the MacBook antenna internally which sounds like Apple. Time will tell. 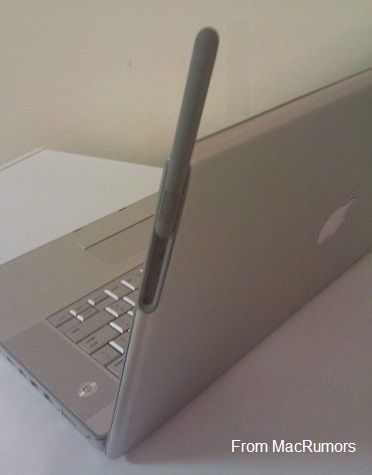