There was a series of Apple iPad design patents that surfaced in September, October and November 2010 that clearly hinted that future iPads could very well sport an added landscape connector port. The problem with design patents is that they lack any meaningful detailing that could either confirm or deny oddities found on the design illustrations. Some argued at the time that the so-called landscape port wasn't that at all. Well, the good news has finally arrived in the form of a newly detailed patent application published this week that basically spelled out Apple's position on this feature and even provided us with a little surprise that our report reveals. A second patent application published this week describes a new iPad docking station that could provide sturdier support for iOS devices in the future.

The good news that Macites want to hear is that Apple will provide future iPads with a landscape connector port - and today they're going to get their wish fullfilled. For now that promise in only on paper but at least that's a start.

Getting down to the nitty gritty, Apple's patent application states that their invention is about "circuits, methods, and apparatus that allow a portable electronic device to be placed in a second electronic device in more than one orientation. An illustrative embodiment of the present invention allows a portable computing device to be placed in a docking station in both landscape and portrait orientations. In this illustrative embodiment of the present invention, this is achieved by including two connector receptacles, one on each of at least two sides of the portable computing device."

Whether Apple delivers on any of these designs or chooses to shoot for a wireless USB solution remains to be seen at this time. The bottom line for many however, is that they want a landscape solution for the iPad when docked and they'll take it any form that Apple so chooses to provide.

For more details, review Apple's patent application 20110167187 which was originally filed in Q1 2010 by inventors Alex Crumlin and Paul Thompson.

In a second patent related to the iPad, Patently Apple has discovered a new docking station patent that will be applicable to all iOS devices – but one that specifically has the iPad in mind. The added height of the iPad almost demands a redesign.

Whether Apple actually acts on this new design alone or combines some of their ideas with those previously presented in their 2009 and 2011 docking station patents remains to be seen. Their current patent is focused primarily on providing a sturdier form factor design. Of course the patent is focused on the functionality of the design rather than the design itself – so don't get too caught up in its plainness.

Yet with Apple's competitors delivering more modern docking station designs that provide features like inductive charging, I think that Apple could do a lot better than their current crop of bland white-plastic bare-bone designs. Hopefully we'll see some progress on this front this fall.

The Current Weak Point of an iPad Dock

Apple states that often docks will have a connector rising out from a surface, with the connector being in a position such that the device can be viewed and/or used. However, connectors could be weak points, especially when devices become large and additional stresses are placed on the connector. The connector may also provide most of the support of the device. Accordingly, the connectors of such docking stations could be damaged by misuse, e.g. being pulled in improper direction.

The slanting or "biasing mechanism" could act by opposing movement forward to keep the electronic device in a position to be supported by the rear reference surface. The rotatable connector may be partly below and partly above an outer shell of a base of the docking station, and pivot at the outer shell of the base, thereby reducing possible damage to parts (e.g. a rotation mechanism) below the outer shell. The rotatable connector may also retract when rotated, which could remove the connector from the device, and thus can stop the force from acting on the connector. 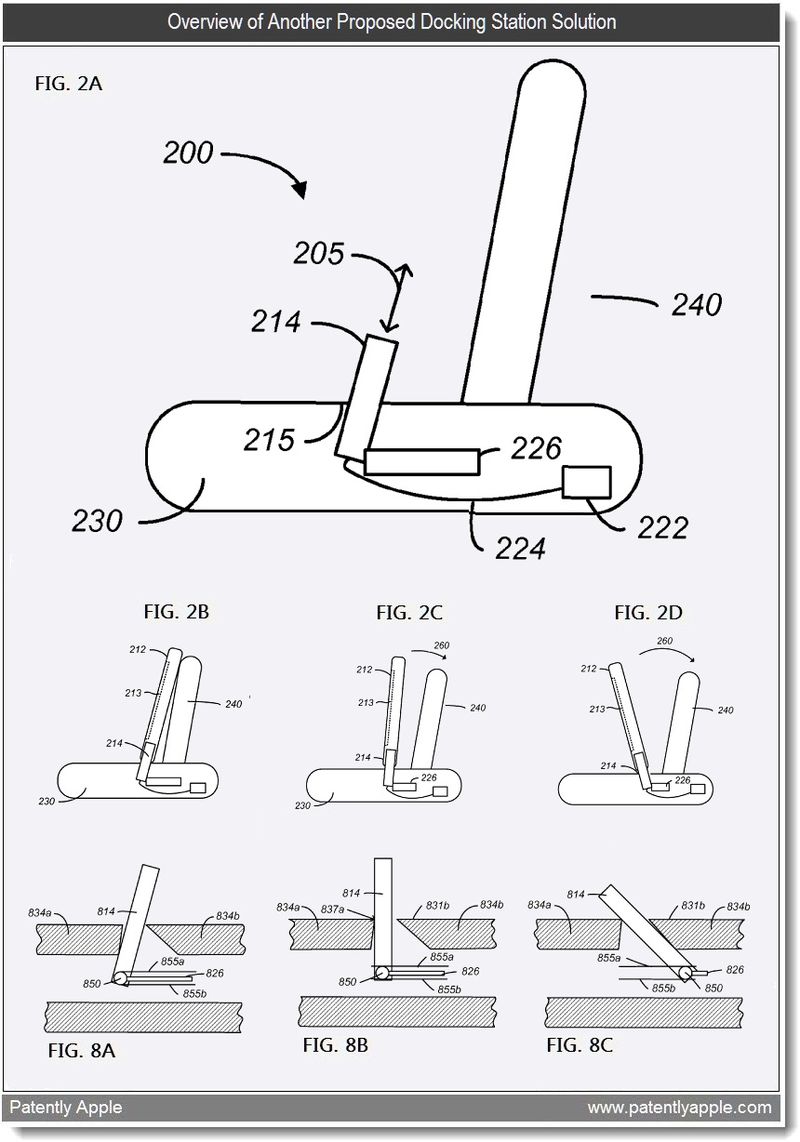 Temporary Link: Patent 20110164365 – A patent all about the construction of Apple's iPad from the shell to the camera and everything in-between.

Temporary Link: Patent 20110164372 – Display Module. This patent is all about the construction of the iPad's display. 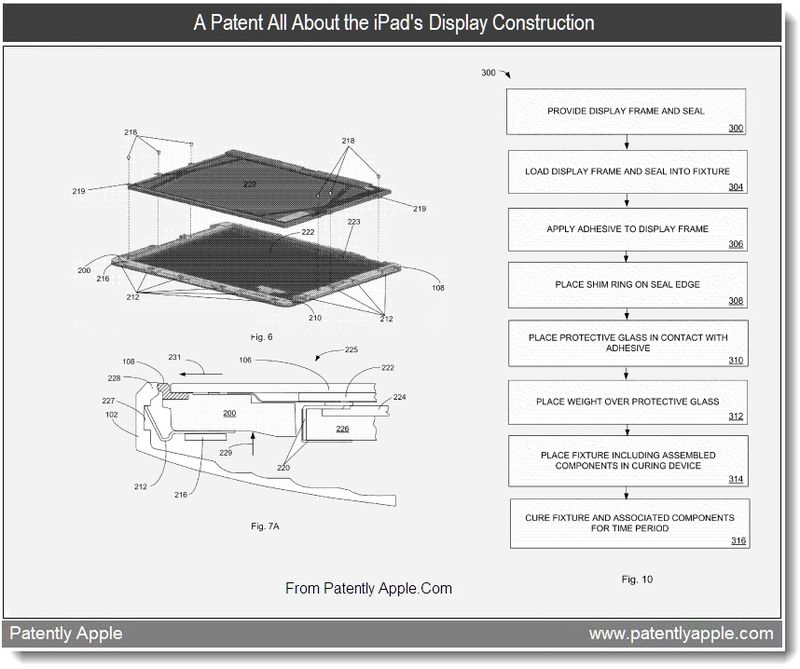 Temporary Link: Patent 20110163968: This patent is all about Numbers on iPad. Ed Hogan is an Apple Engineer.

I have the Phillips Fidelio speakers, and the moveable Dock Connector is one of my favorite features!