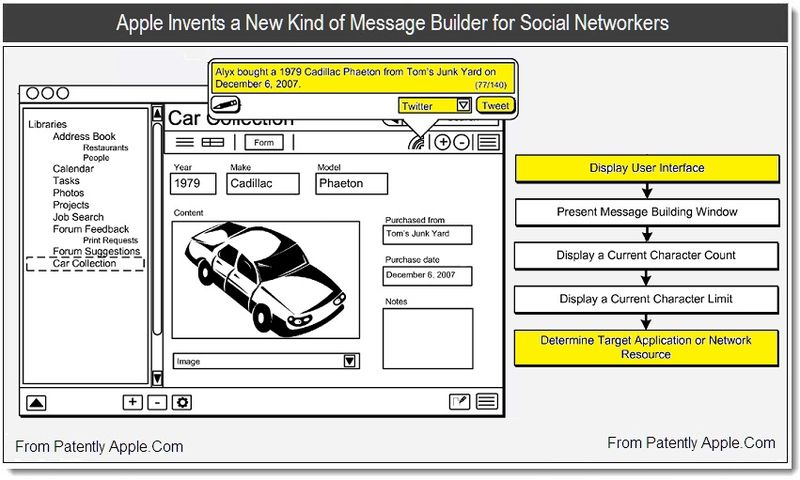 On July 14, 2011, the US Patent & Trademark Office published a patent application from Apple that reveals a new kind of database application interface for social networkers that use Twitter, Facebook, Linkedin and other services. It's an idea that could appeal to social networkers who don't own a personal blog but still wish to show their friends or colleagues items of interest. It could be to show off an exotic car or baseball card collection, or maybe a catalog of the flowers in their garden or even for showcasing a shoe collection for the ladies. This unique database could also be used as a central home for your resume when looking for work. Yet the potential behind Apple's proposed application really rests in where this application could go in terms of appealing to home businesses. Time will tell how this new app will actually play out, but it seems to hold a lot of potential for social networkers. And lastly today we take a peek at Apple's newly proposed solution for avoiding headset cable tangling. Lord knows we need a solution for that headache. 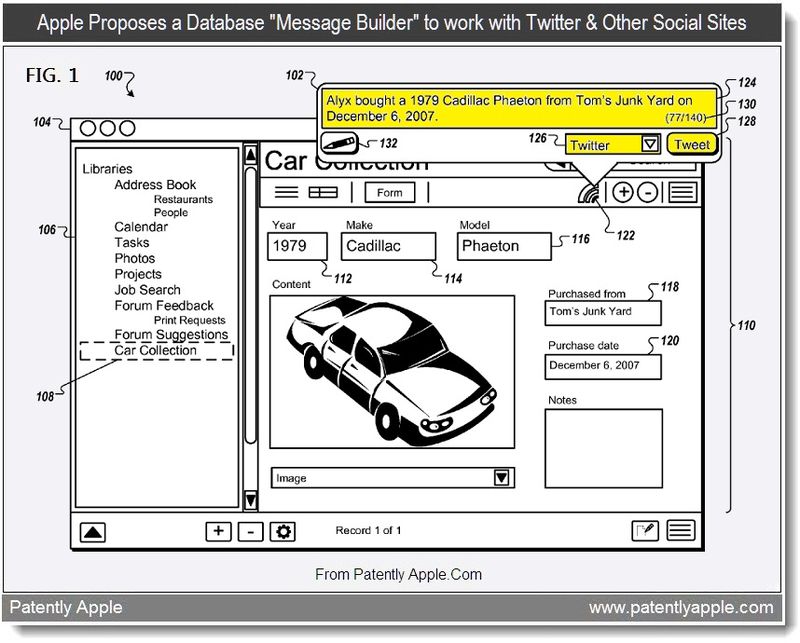 The application appears to allow a user to build a database of interest or perhaps a database of items for sale that would allow them to reach potential customers using social media sites. The database, as I read it, wouldn't require a user to first own a blog of any kind to reach potential customers or friends. If someone on Twitter, for example, answers the tweet created by the new database application, that twitterer would be directed to the database to view the intended item.

You'll notice in the highlighted area of FIG. 1 that there's a selector control (126) provided so that the user could select a target application or network resource to receive the message of combined structured and unstructured text displayed in the input box (124). For example, the selector control could provide the user with selections for popular social networking services such as Twitter, Facebook or LinkedIn. The selector control could also provide the user with selections for applications, such as email, instant messaging, text messaging (e.g., SMS), word processing, a clipboard, or other application that could accept text input.

An activation button (128) could be included to initiate a transmission of the combined text to the selected service or application. In the illustrated example, the user could press the activation button and the combined text "Alyx bought a 1979 Cadillac Phaeton from Tom's Junk Yard on December 6, 2007," will be sent (e.g., "tweeted") to the Twitter social network service.

The patent figure also illustrates a counter indicator (130) which displays a count of the total characters in the combined text string, the maximum number of characters allowed by the selected target service or application, or both. For example, Twitter allows users to submit strings of 140 characters maximum, the Facebook service allows a 1000 character limit, SMS messages could be up to 160 characters long while an email application may present no practical limit on the number of characters that may be used.

What is Apple Targeting Here?

While the patent is mildly positioning this application for ways to share your interests with friends, there seems to be so much more potential for this application. In theory, it could be used by a home business to create an online catalog of sellable items or be some kind of personal eBay-like system. It may also be a way to present your resume on a social networking site, as patent FIG. 1 presents that in their database library under "Job Search."

Maybe it's just me, but I don't think that Apple has shown us their full hand on the true purpose of this database application just yet. For now however, it's an idea that could very well appeal to social networkers who don't own a personal blog but still want to show others items of interest, whatever that may be.

For more information on the proposed "Database Message Builder," see Apple's patent application 20110173238 which was originally filed in Q1 2010 by inventor Ryan Griggs. Feed the patent application number into this search engine.

Another patent application of interest could be found under 20110167591 which covers Apple's iMac Hinge Mechanism. You could read a brief description of that patent which was covered in our May 3, 2011 Granted Patent Report. Another one of mild interest was patent application 20110172994 which discusses the tinkering of more voice enabled features in future iOS devices.

The last patent application of interest is one titled Cable Structure for Preventing Tangling. 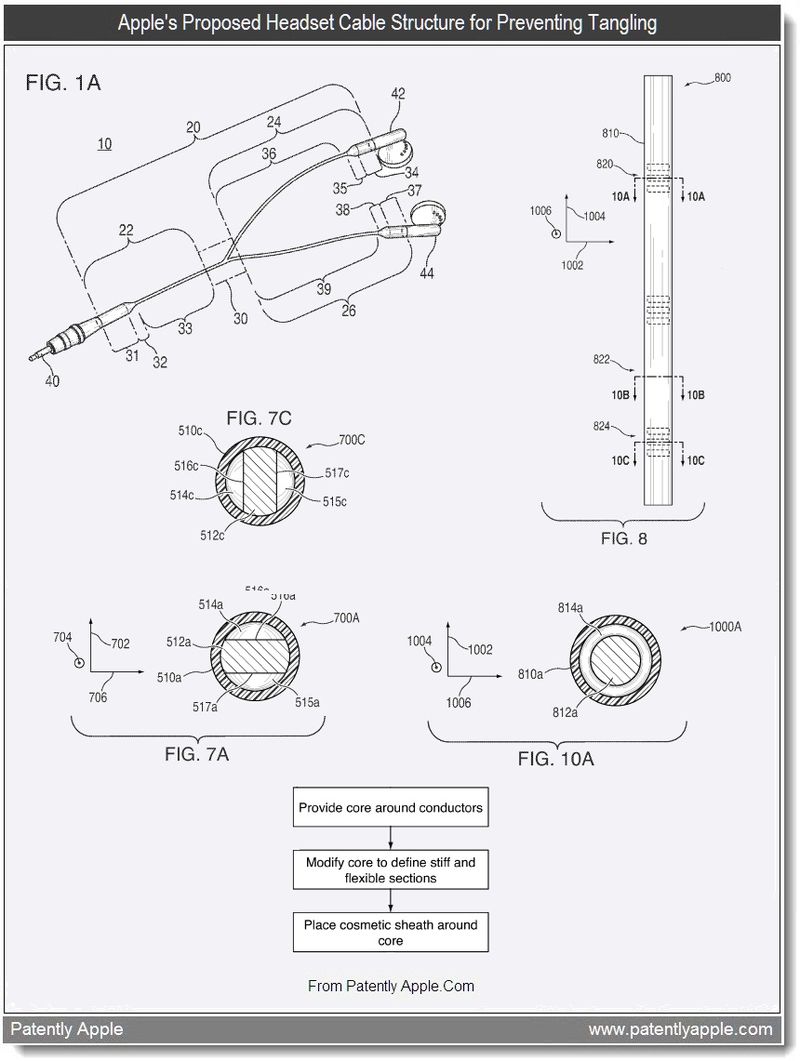 For more information on patent application 20110170733, simply feed the patent number into this search engine.