While Apple's "iTunes Live" and "FaceTime" Trademarks get published in the US, Apple Resurrects the Mighty "Pod" in Europe

On June 15, 2011, the US Patent & Trademark Office published Apple's "iTunes Live" and "FaceTime" trademarks into their Official Gazette. Usually within 30 days of this publication, the trademarks are officially registered. Apple's original video conferencing application called "iChat" was recently reinvented under the branding of "FaceTime" which also covers "FaceTime for Mac." On another trademark front today, we see that Apple has decided to resurrect their "Pod" trademark in Europe which was recently noted as having been abandoned in Canada. Whether the abandonment of the Pod trademark was strategic or a blunder is unknown at this time – but it's clear that the mighty "Pod" is back in play. 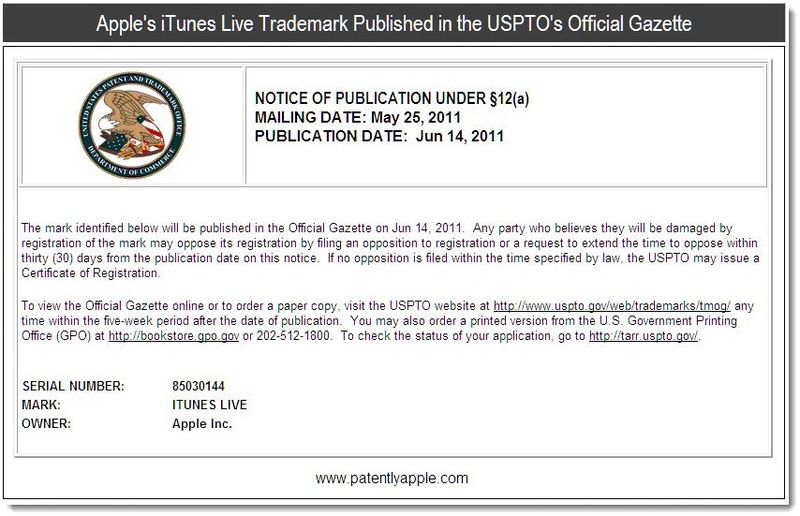 Apple's "FaceTime" trademark has been published in the USPTO's Official Gazette after undergoing a rigorous "Publication & Issue Review" process which allows time for competitors to oppose the application. Apple's original FaceTime trademark application was reported on a year ago. 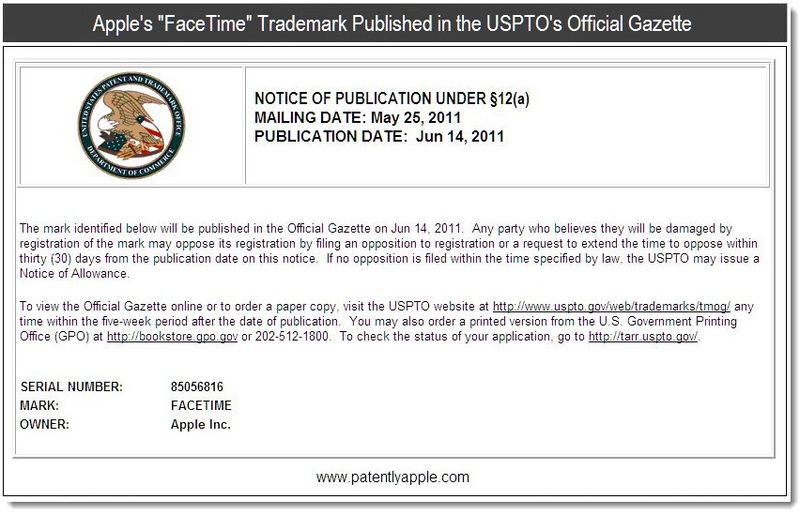 In April of this year, the Canadian Intellectual Property Office closed the books on Apple's "Pod" trademark and listed it as abandoned. The trademark's long history stretched all the way back to July 2004. Obviously Apple's Legal Counsel has had second thoughts on the "Pod" trademark and the application that resurrects this trademark was found in Europe's trademark database this week. The filing was actually filed on June 6, 2011. 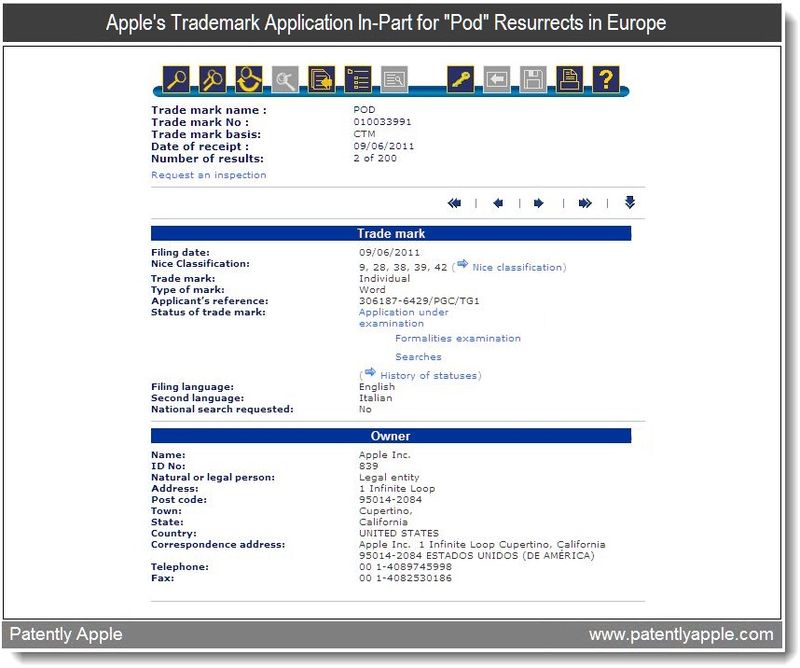 Apple's application for "Pod" was filed under International Classes 9, 28, 38, 39 and 42. Once again Apple's legal counsel has decided to list every conceivable possibility under the sun to protect the Pod trademark. It would be ridiculous to list them all, as class 9 alone took 3 full pages (8.5 x11 pages) to list them fully and other classes were fairly close in length. Therefore, for the sake of interest and brevity, we'll simply list a few of the more appropriate entries along with a few notable ones as follows:

If Apple is able to secure the "Pod" trademark, then they'll be better able to legally defend their iPod trademark against copycats who could attempt to sell iPod knock-off products under similar branding such as "ePod" or "MyPod" etc.

It should also be noted at this time that all of Apple's recent trademark applications pertaining to "iCloud" contained verbiage relating to a music subscription service just as we see above for "Pod." Obviously Apple wants to legally leave this door wide open for possibly increasing such services in the future. Apple's iCloud services definitely represent the winds of change that are about to sweep the industry over the coming years.