Pre-orders for Hewlett Packard's TouchPad begin today at Best Buy and Future Shop in Canada for availability on July 15. HP's WebOS could drive their upcoming tablet to third spot behind Apple's iPad within the next 18-24 months. Jonathan Rubenstein, who was Senior VP of Apple's iPod division, is behind the rise of WebOS and HP's TouchPad website which actually has some class. Rubinstein who worked with Steve Jobs as far back as NeXT understands Apple and how to compete with them. HP's ability to drive WebOS to their entire hardware line-up of desktops and laptops within the next 6-18 months is going to give them a huge advantage over competitors. And with HP's CEO Leo Apotheker hinting of licensing WebOS earlier this month, HP could be the dark horse to watch out for going forward.

Best Buy Pumps up the Arrival of HP's TouchPad

The official specifications were presented on this Best Buy webpage. Being that this is the first iteration of the TouchPad, I highly doubt that there's going to be much of a challenge to Apple's iPad. It's really about giving HP's huge base of PC owners a chance to own a quality alternative to the iPad and to give the enterprise some added security features to get that market kick-started with HP Tablets.

To further support HP's plan to drive WebOS to Window PC's, HP this week filed for new trademarks that would support this position. This week HP filed for both TouchPad7 (application 85340950) and the TouchPadPro (85340977) in preparation for this shift that should be arriving this fall. The trademarks hint of alternative hybrid TouchPads with WebOS and Windows OS. Many hinted that this would occur with Windows 8 and so having it earlier will be interesting to see unfold.

Other recent and interesting HP trademark applications worth noting include one called HP DuoPad and another called TouchPadFlex. HP has been working on flexible displays for some time now. In an HP video presentation we hear that Palm will be able to use these next generation displays to introduce new kinds of form factors in the future. These screens may eventually debut in context with coffee-table-computers, desktops, smart-wallpaper and so worth. Not that it'll be a threat in the short term, but it could be in the future.

During the recent D9 conference, HP's CEO Leo Apotheker hinted at licensing WebOS to other device makers. As recorded by Engadget at the 3:09 PM mark of the conference, Apotheker stated: "It's a great OS -- why wouldn't we want to offer it to other companies? Why wouldn't they want to use webOS? Appliance makers could use it to connect up normal home devices. We'd like to make webOS available to these people -- enterprises, SMBs, etc. Yes, webOS will be more than just a system that runs inside an HP product." 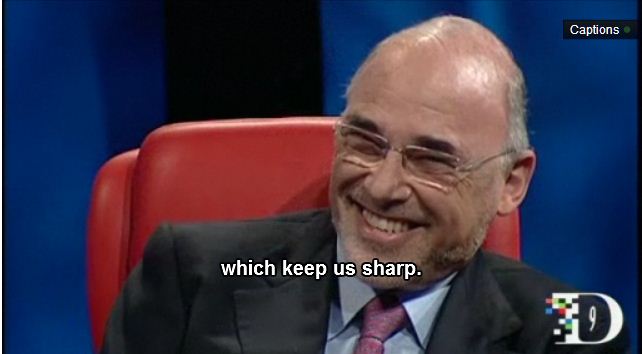 More on the future of WebOS was recorded on another segment of that interview, especially in the last 30 seconds. In that same video, Apotheker touches on HP's coming cloud services which we pointed to in our January 2011 report titled HP to Veer Right into Apple's Face.

At the end of the day, while I fully realize that Google has a huge following with their Android OS, I still think that in the bigger picture, HP will be Apple's greater competitor due to their reach into the enterprise space, their synergies with PCs in general and their not-so-secret thinker: Jonathan Rubenstein. Time will tell if this comes to pass.