The US Patent and Trademark Office officially published a series of 10 newly granted patents for Apple Inc. today. The three notables that stood out from the pack this morning include one for Apple's workflow Automator, Apple's keyboard with numeric pad design and a patent covering the laminated window assembly for devices like the iPhone and iPad. In addition to granted patents, Apple has filed for three US trademarks this morning covering their new Final Cut Pro X, Motion and Compressor icons. 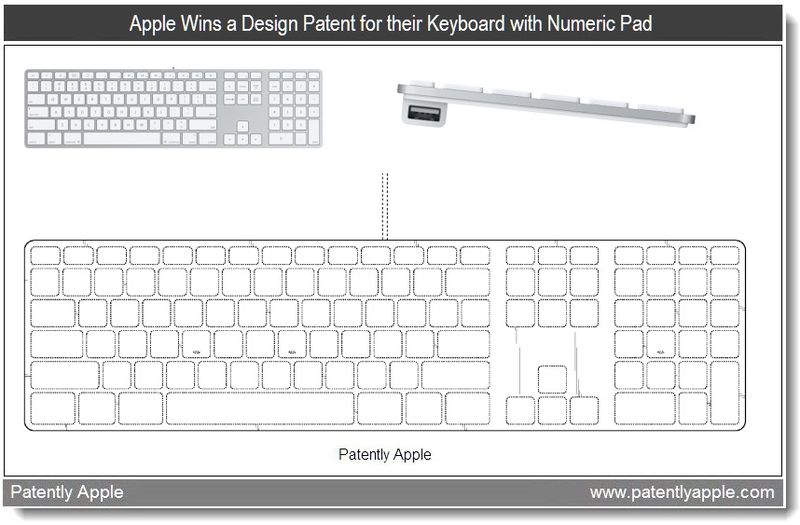 With Apple recently killing off Final Cut Express and de-emphasizing the PC, you have to wonder if the numeric keyboard has a future with Apple. Considering that Apple will be introducing new seamless multi-touch gesturing integration into OS X Lion this fall, perhaps Apple will replace the classic numeric pad area of their keyboard with an integrated Magic Pad. That would only seem like the right move here.

Apple is Granted a Patent Relating to Laminated Display Windows

Apple has been granted another classic 2007 iPhone patent. This time it relates to a laminated window assembly used on the display window of iOS devices. While originally crafted for the original iPhone, the patent illustrations demonstrate that Apple was already thinking of their future iPad. 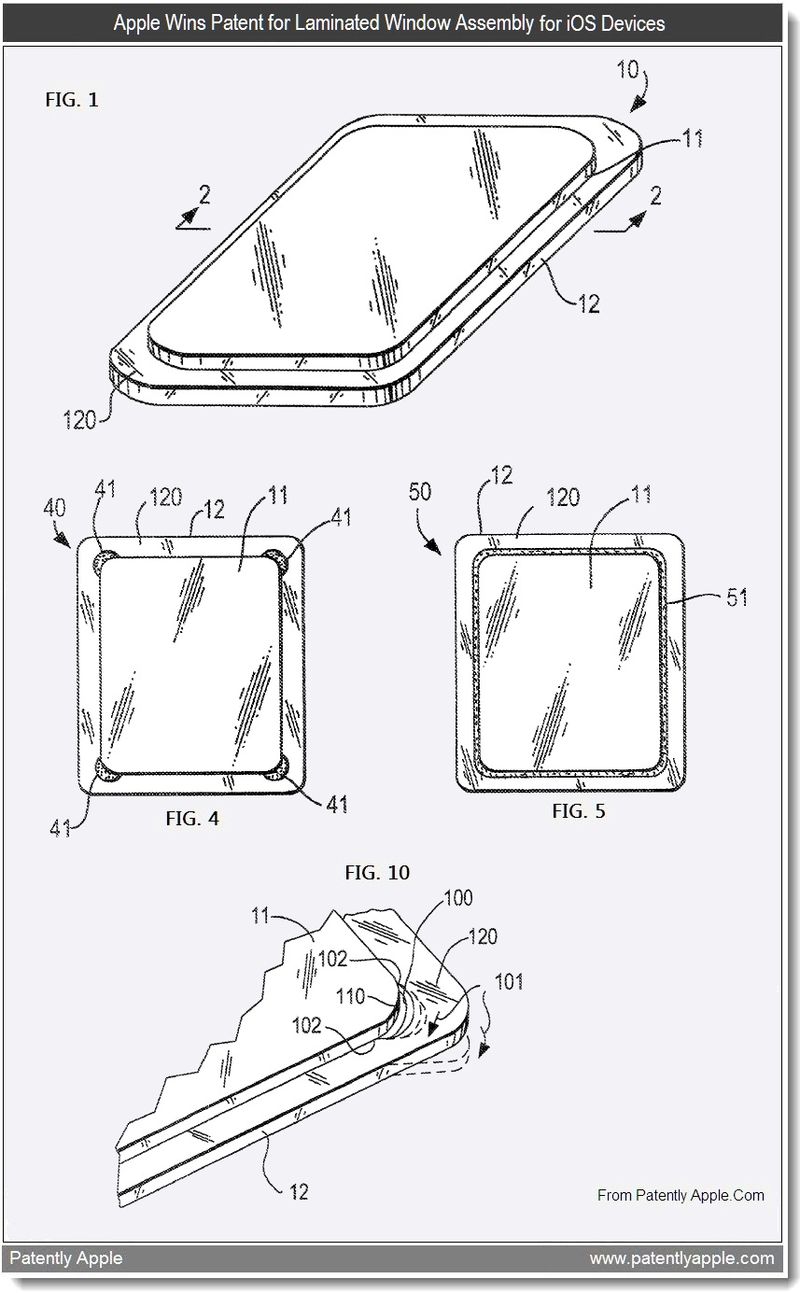 Apple's patent background states that the objective of the invention it to provide a glass display window in iOS devices that is more resistant to scratching than most plastic windows while being more suitable for certain types of touch-sensitive displays.

The traditional method used in manufacturing is lamination which is frequently accomplished by using a clear adhesive. However, many adhesives, while having high shear strength, have lower peel strength. Thus, any event, such as dropping of the device tends to separate the layers at the edges and cause delamination by peeling. This is particularly true if the laminated window structure is deformed at its corner, where the peel strength is lowest. Delamination is undesirable because it may compromise the strength of the laminated window or introduce defects into the visible area of the window, or, if there is a greater degree of delamination, it may create a safety hazard.

In accordance with Apple's invention, delamination resistance of a laminated display window is increased by reducing the susceptibility of the laminated layers to peel along the edge, in the corners, or both. Thus, in addition to whatever method is used to bond the layers to one another, an adhesive may be placed in the corners or along part or all of the periphery of the outer window layer where the lip formed by the lower layer protrudes. This adhesive strengthens the bonding along those edges or in those corners, resisting delamination.

In addition, holes or gaps may be formed in the lip adjacent the edges and/or corners of the window glass to provide strain relief. If the lip were to be deformed by an event, it would not, at least in the areas of the holes or gaps, pull on the interface between the layers, thereby avoiding peeling apart the layers. The percentage of the periphery in which such holes or gaps are formed should not be so large that the lip is unable to reliably perform its function of retaining the window in the bezel. Preferably, such holes or gaps are formed only in the corners, and in any event are not formed along more than about 33% of the periphery.

Apple credits Stephen Zadesky, Tang Tan, John Filson and Stephen Lynch as the inventors of Granted Patent 7,966,785, originally filed in Q3 2007. Knowing Apple, there's a good chance that the described process has already been replaced by yet more advanced processes. Apple was granted a more important 2007 iPhone patent last week which seemed to get under the skin of a few community pundits. At times, I find it quite humorous as to what irks some people.

Apple Files Trademarks in the US for Final Cut Pro X, Motion & Compressor

One: Automatic Execution Flow Ordering: Apple's invention pertains to computer programming, and, more particularly, to a visual programming tool for a computing apparatus. This 2004 patent likely relates to Apple's Automator.

Five: Synchronized transmission of audio and video data from a computer to a client via an interface

No comment @ this time, but the report on the new upcoming iPhone 5 and iPad 3 is Great news. It's to be released in September as I comprehend.I guess I did briefly comment.