Apple introduces us to the Smart Dock for the MacBook & More

On June 30, 2011, the US Patent & Trademark Office published a patent application from Apple that reveals one of the next chapters for docking stations. Apple's current docking solutions are primarily restricted to iOS devices and are basically passive in nature. Today's patent application reveals Apple's intentions of expanding docking solutions to the MacBook while introducing us to the smart-dock. This next generation docking station will be location-smart or location-aware. For example, the proposed dynamic docking station could automatically be set to work with your living room devices such as your HDTV and/or stereo and then switch its configuration to work with other peripherals when you transport it to your office, car or elsewhere.

Apple Thinks that the Passive Docking Station Needs Some Smarts

Many portable computing devices, such as notebook or laptop computers, personal digital assistants (PDAs), cell phones, etc. are designed to be lightweight and compact for ease in transportability. However, the compact and lightweight design of such devices often limits the number and types of peripheral devices that are available to the computing device.

Thus, it is often left to the user to configure the computing device for use at different locations by accessing or selecting the proper software applications and security measures for the computing device based on the location of the docking station coupled to the device. However, such configuration of the device may be both time-consuming and confusing to a non-sophisticated user.

In the past, a traditional notebook computer dock was dedicated to one general purpose dock with relevant PC ports to work with a home or work computer. Apple thinks that could be improved.

In Apple's patent FIG. 2 we see a block diagram of a plurality of docking stations that a computing device 200 may dock with to provide separate functionality and security features to the computing device. While the device shown here is that of a notebook, Apple clarifies the concept applies to any device, be it a a PDA (iPod touch), iPhone, iPad and so forth. The docking station is conceptual and therefore is likely to take on different design if and when this is implemented. 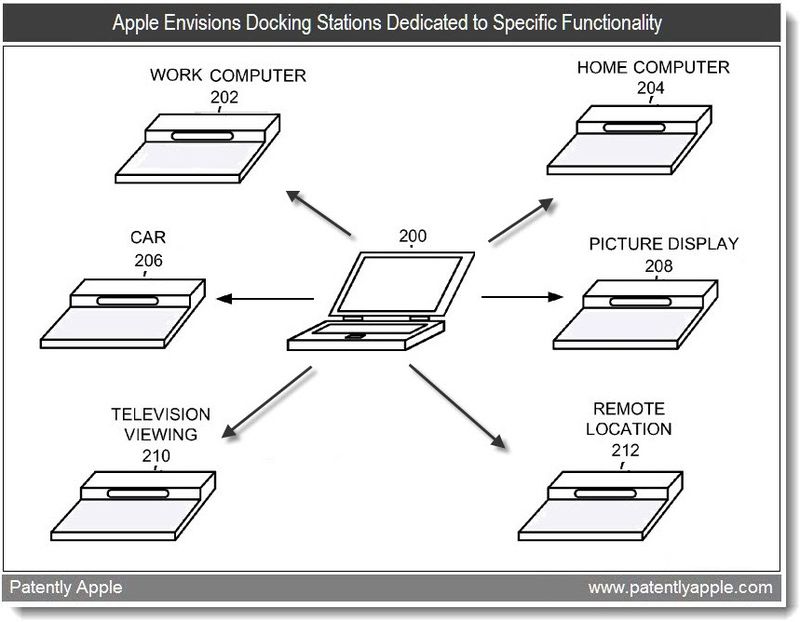 Apple states that the location of each docking station noted above may be such that a separate functionality of computing device 200 is desired at each location. For example, when docked in a docking station 202 located at a user's work, the user may desire to utilize the computing device as a work-related computer, capable of accessing the user's work emails and work calendar, along with several work-related software programs.

When docked in a docking station 204 at home, however, the computing device 200 is most likely utilized as a home computer, possibly accessing the user's personal email accounts, personal calendar, music management software, gaming programs, etc.

The Brains behind the Smart Docking Station 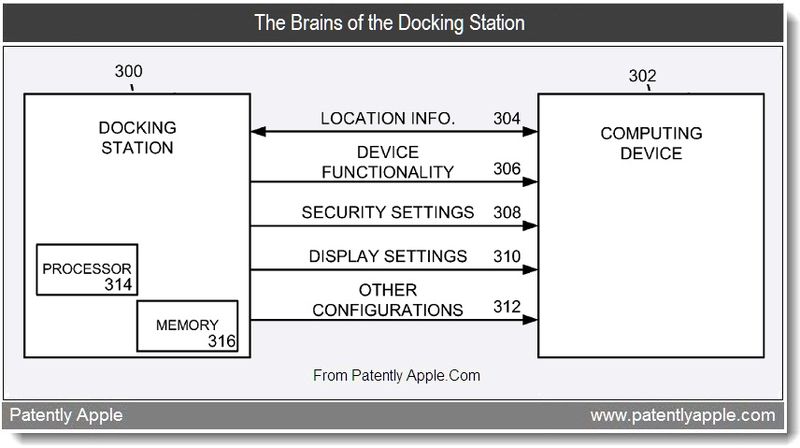 The Docking Station may Include Automated Setup

Alternatively, rather than providing a location, the docking station may provide a configuration suggestion, such as "computer", "television", "navigation device", or the like that directs the computing location to configure certain hardware components and adopt a particular group of settings associated with the configuration suggestions. The docking station may also provide a code or other identifier that represents or indicates the suggested configuration to the computing device

Flowcharts: Methods for Altering the Functionality of a Device 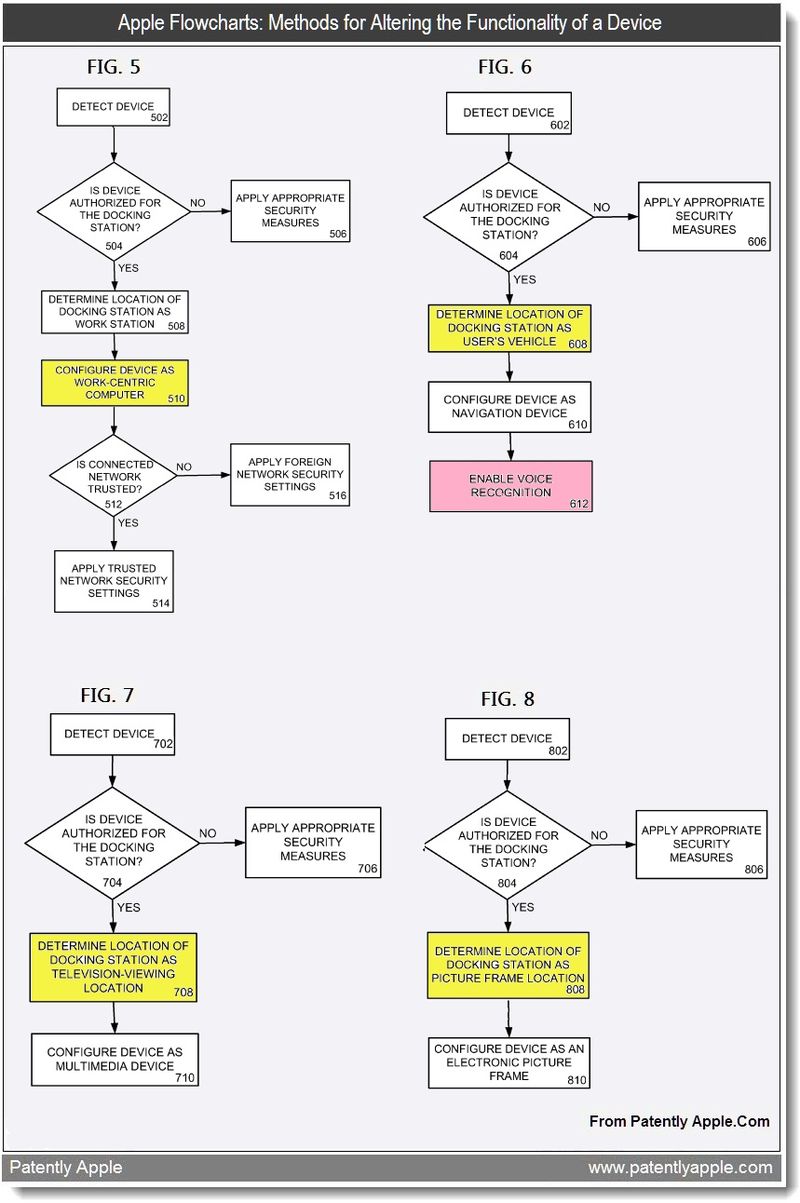 In our recent report titled "Intel, Apple & the Transformation of the PC," we covered Intel describing the need for next generation notebook docking stations for 2012-2013 when their revolutionary Haswell processor comes to market. This is the processor that could end the need for a traditional desktop as we know it. Apple's patent application would appear to be timely in context with Intel's recent keynote revelations.