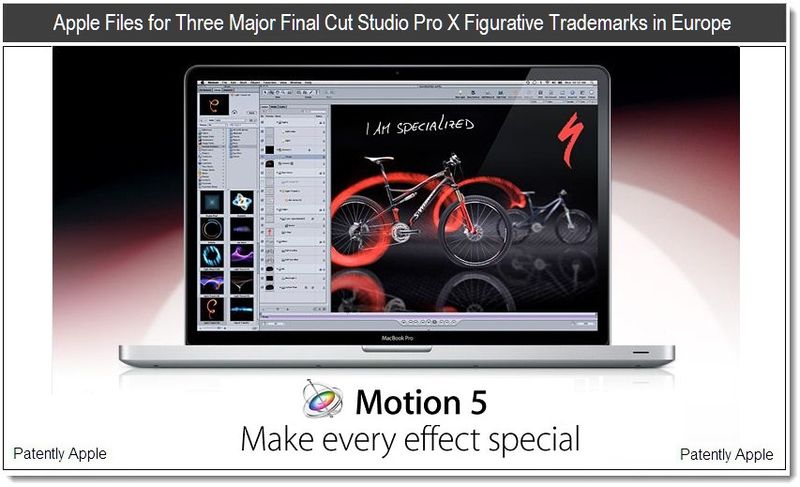 Below is an example of one of six new Figurative Trademark Applications that Apple has filed for in Europe. 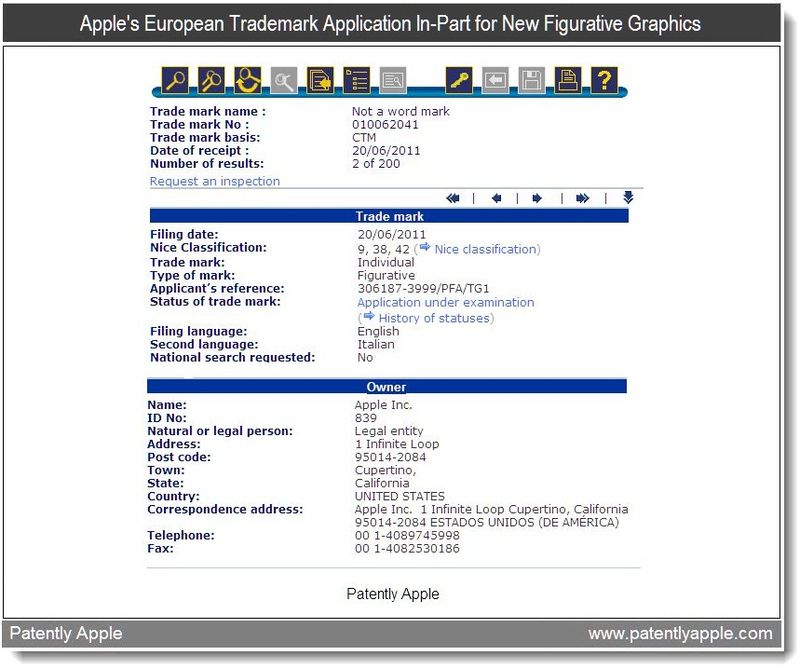 The Three Distinct Figurative Trademarks that Apple is seeking to Secure

China's Trademark Office database indicates that Apple has just filed for an iPhone 4 design trademark as detailed below. 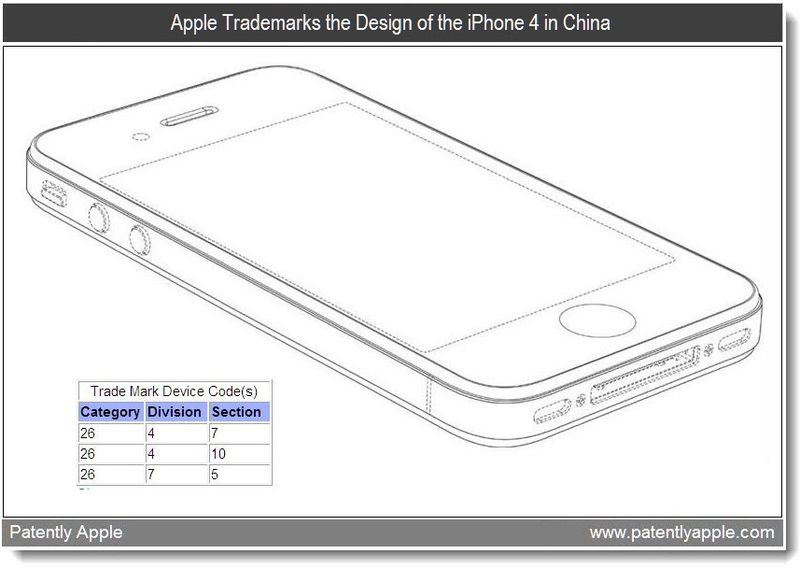 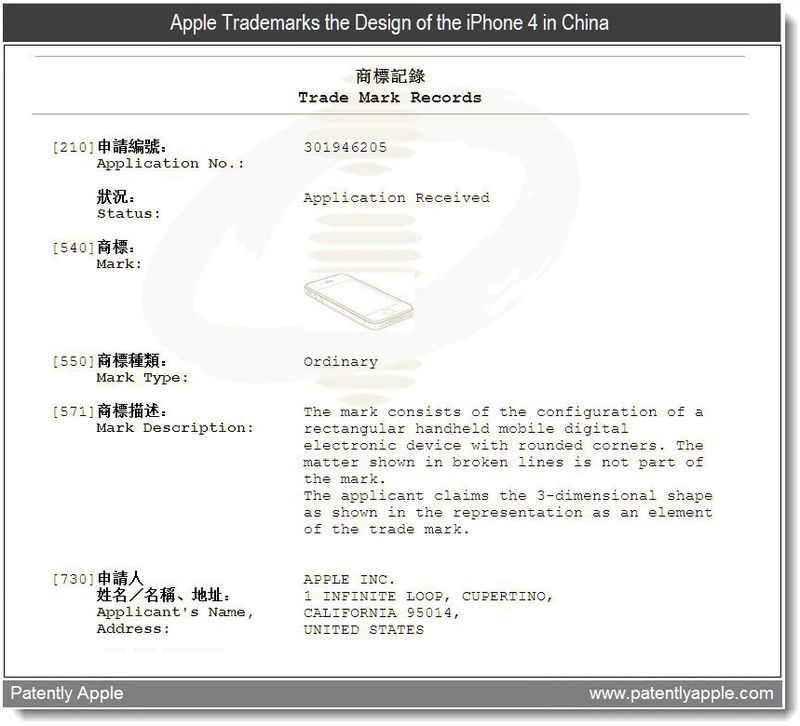