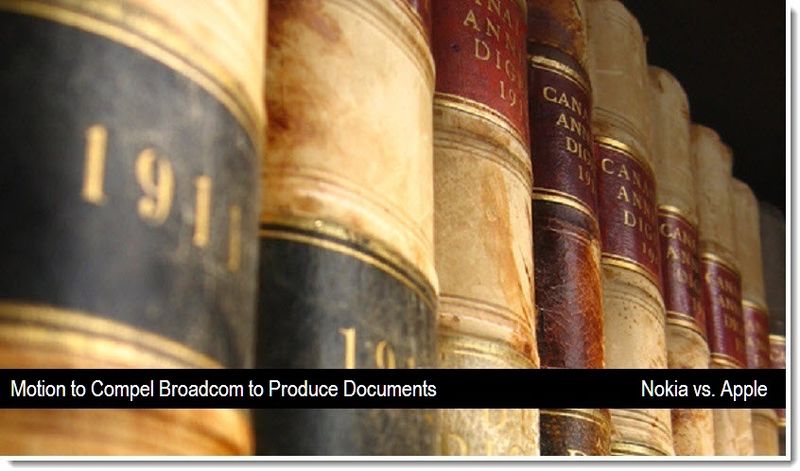 In February 2011we reported on how Nokia was seeking a Motion to Compel Infineon to produce documents relating to their baseband processor used by Apple's iPhone to prove that Apple was in fact infringing on Nokia's core ten patents known as the "Essential Patents." The case read like a spy novel with many twists and turns. While not as dramatic as the Infineon case, our report today covers Nokia's latest filing of a Motion to Compel Broadcom to produce documents relating to their involvement with Apple products. To put it mildly, Nokia isn't happy with Broadcom.

Nokia's Notice of Motion to Compel Broadcom's Production of Documents

Newly released court documents in relation to Nokia's patent infringement case against Apple now show that Nokia has another of Apple's iPhone suppliers in its crosshairs. The latest document that was filed in the Central District Court of California is aimed at Broadcom Corporation.

The document reads that "Nokia will and hereby does move the Court under Federal Rule of Civil Procedure 37 to compel the production of documents from third-party Broadcom Corporation. This motion is made on the grounds that Broadcom's conduct in the present action has so far mirrored the delay tactics it used against Nokia in two related proceedings Nokia brought Against Apple Inc. – an ITC investigation and another District Court action." If you remember, Apple won a U.S. trade ruling in the patent fight brought by Nokia over phones. In that light, is Nokia blaming Broadcom for losing their case against Apple?

The document goes on to state that "Nokia therefore brings this motion to compel Broadcom to produce by a date certain (i.e. June 10, 2011) documents responsive to the document requests set forth in the subpoena for deposition testimony and document production served on Broadcom on March 22, 2011." 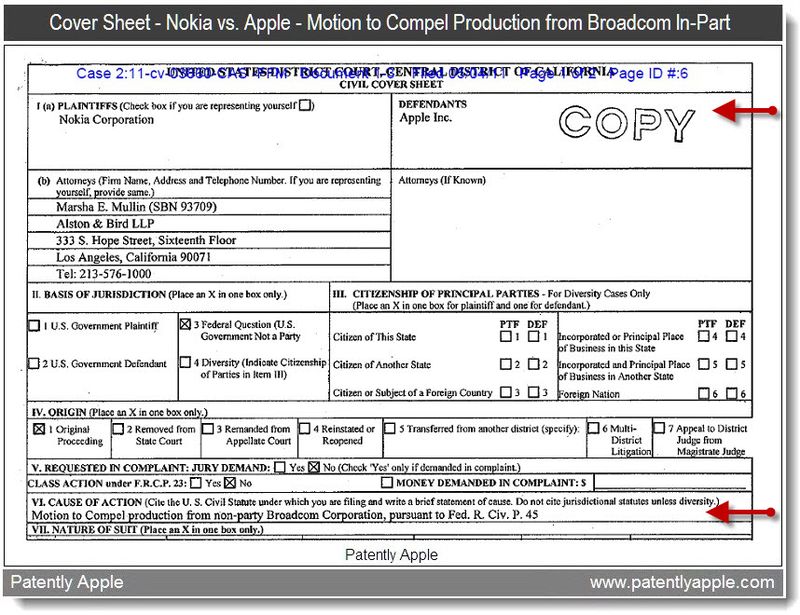 The case was filed in the United States District Court, Central District Court of California (Western Division - Los Angeles). The assigned Judge in this case is noted as being Judge Christina A. Snyder – and referred to Magistrate Judge Frederick F. Mumm.