Apple's Picture-in-Picture Patent for FaceTime & Beyond 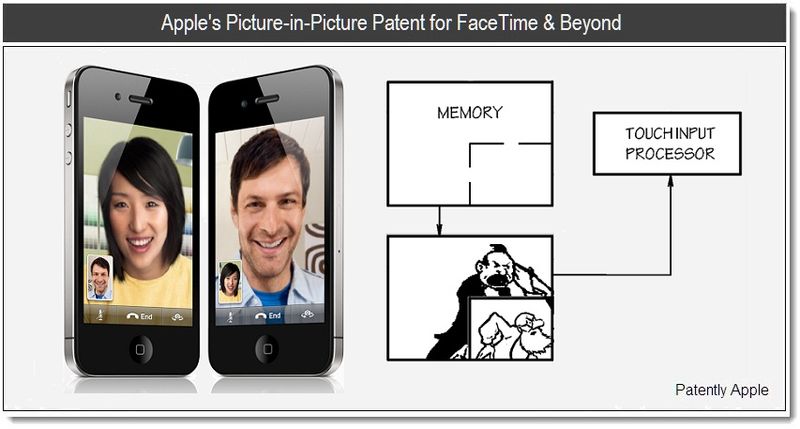 Today the US Patent and Trademark Office published Apple's patent which relates to FaceTime's picture-in-picture effect that is implemented on mobile devices like the iPod touch, iPhone and iPad. The patent mainly focuses on how to achieve this feature while conserving electrical power. Yet the patent hints that the scope of the patent doesn't limit this PIP feature to just videoconferencing.

A "picture in picture" display is a useful device for video conference calling applications like FaceTime in which a larger image shows a remote party and a smaller image shows a local party. A "picture in picture" effect may be created by using an image processor to create a composite image from the two images to be displayed. While this produces a good result, the use of an image processor increases the electrical power demand of the display system.

The aim of the patent is to provide a "picture in picture" display that could be used in mobile devices, such as cellular telephones, where it is important to conserve electrical power which is provided by a battery.

Apple's patent ends with this broad statement: "While certain exemplary embodiments have been described and shown in the accompanying drawings, it is to be understood that such embodiments are merely illustrative of and not restrictive on the broad invention, and that this invention is not limited to the specific constructions and arrangements shown and described, since various other modifications may occur…" 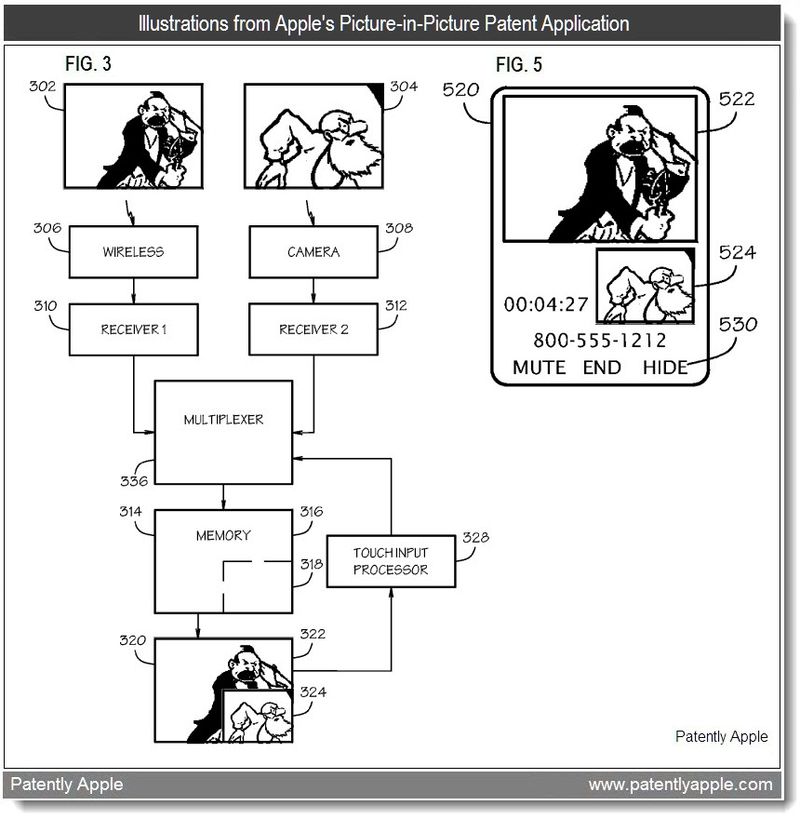 It's that last statement of the patent which opens the door to possibilities for Apple's PIP feature in the future. I don't know about you, but when I first saw Apples use of this feature in iChat and then FaceTime, I never thought of it as a PIP feature for some reason. Yet once you realize that in fact that's what it is, you quickly realize that Apple has already figured out how they'll be able to use this on mobile devices in context with possible future TV services. In fact, the most prominent hint of this is in the very imagery that Apple chose for this patent. The imagery doesn't support a videoconferencing application in the least. Need I say more? 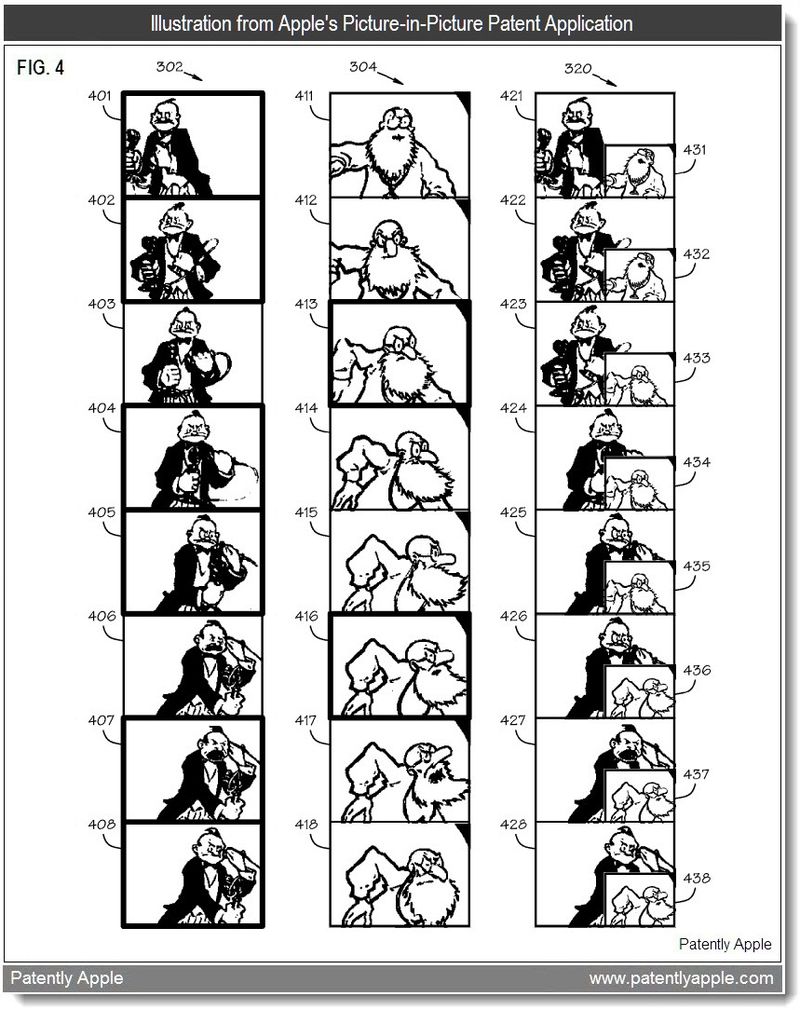 For more information on the technical merits of Apple's FaceTime picture-in-picture patent, see application 20110102671, originally filed in Q4 2009. Apple credits Richard Tsai as the sole inventor of this patent.

Apple's continuation patent 20110104945 describes a super-thin USB connector receptacle. While the patent's news isn't as sexy or as interesting as Apple's Hybrid DisplayPort and 3.0 connector patent, it does describe Apple's new methods of manufacturing various cables (USB, DisplayPort, FireWire, Ethernet and likely Thunderbolt) so that they could be more scratch resistant and provide an improved tactile response when inserting the connectors. The connectors would likely be palladium-nickle plated. 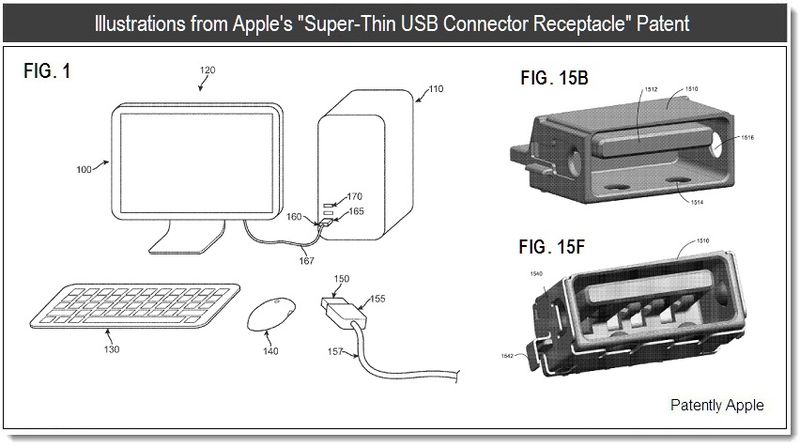 A Series of New Aperture Patents Come to Light

The last patent of minor interest today is that of patent application 20110106418 which covers navigational systems for location aware iOS devices. Apple is evidently advancing GPS navigational accuracy incrementally. It doesn't, however, look like it'll be a threat to TOMTOM anytime soon.