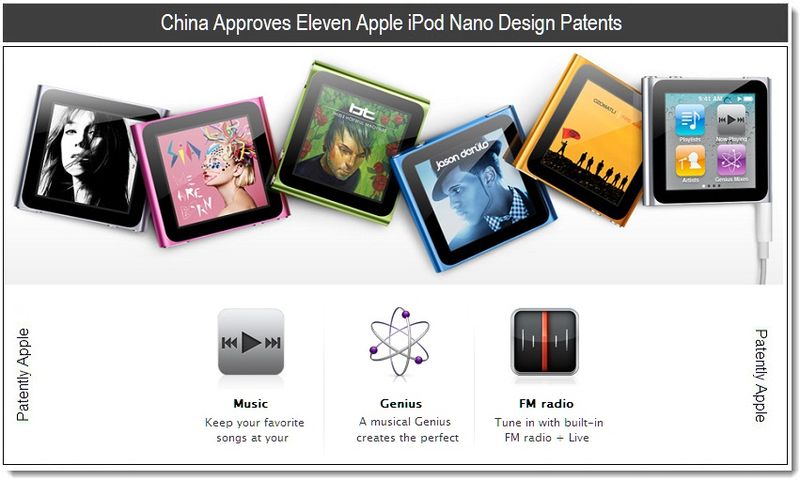 Today, eleven iPod Nano Design Patents were published in China. Apple applied for the design in February and received registered status on Friday. The designs cover such elements as music, genius mixes, FM Radio and others. Apple launched the iPod nano with Multi-Touch in September 2010. 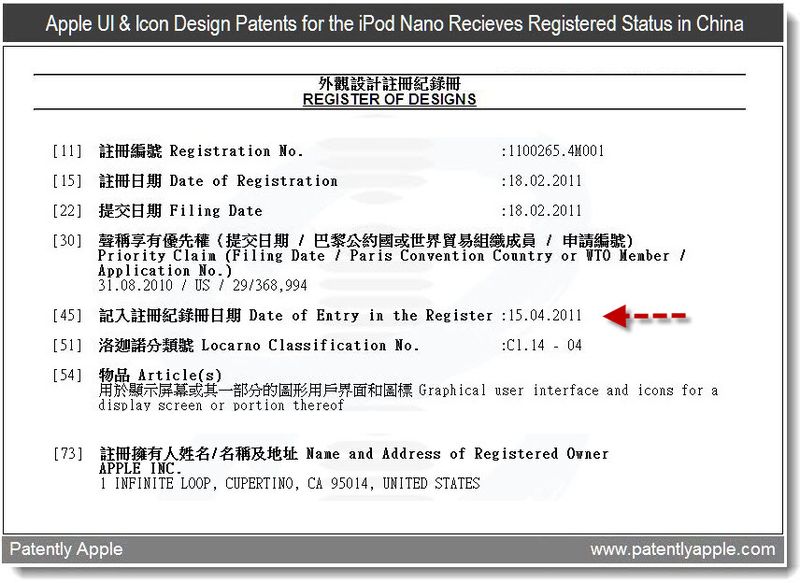 Eleven of Apple's design patents for UI elements and Graphic Icons were given granted status on Friday. They include such elements as music, genius mixes, FM Radio, Now Playing, Playlists and Artists. The design patents are only valid until 2016. 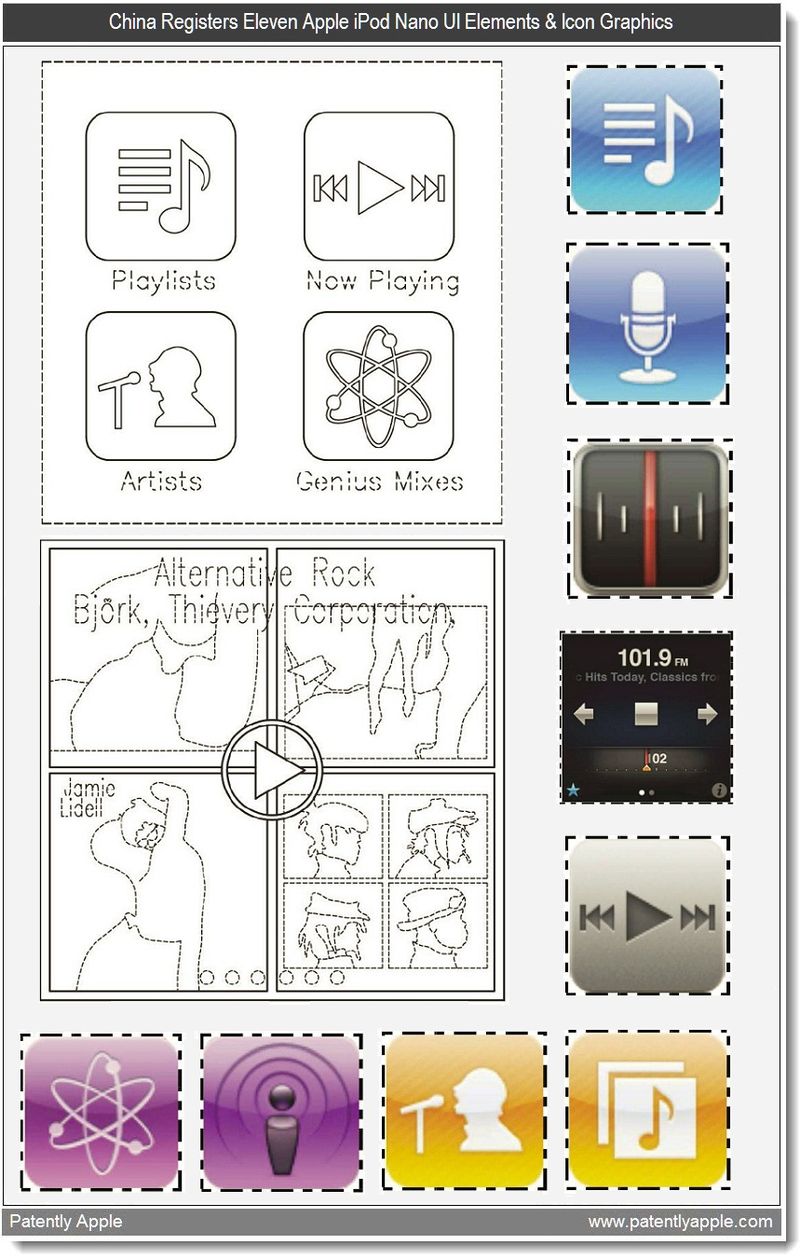