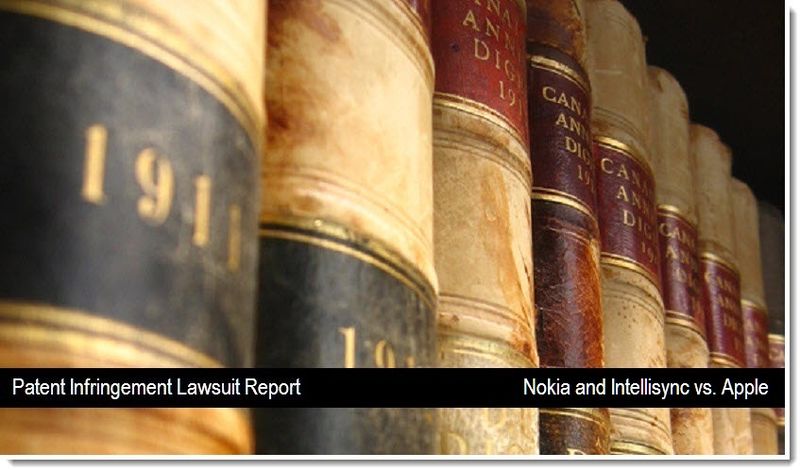 Patently Apple has been keenly watching the ongoing patent war between Apple and Nokia for some time now. We began in May 2010 and again this past February with a report titled "Nokia vs. Apple: Hunting Down Infineon's Documents." Although the patent wars between these two parties have only begun, the fact remains that Nokia lost a key case against Apple last Friday. Although flabbergasted with the verdict, Nokia wasted no time in continuing their scorched earth approach against Apple. In fact, according to new court documents, Nokia and their subsidiary Intellisync have filed a new complaint against Apple alleging Apple has infringed on six additional patents. Patently Apple gives you easy access to all of these patents for your review.

This is an action brought by Nokia against Apple Inc. ("Apple") for Apple's infringement of Nokia's patents. Intellisync, the other party mentioned in this lawsuit is a wholly-owned subsidiary of Nokia Corporation.

Nokia's official complaint lists the following six counts of patent infringement against Apple Inc. Interestingly, the complaint not only notes the owner of the patents, the patent name and numbers and the specific Apple devices in question – it also lists the wireless network that they're associated with.

Patent Owner: Puma Technology, Inc – and not Intellisync as referenced in the complaint).

Patent Owner: Puma Technology, Inc. – and not Intellisync as noted in the complaint.

Re: Apple's iPhones for the AT&T network, iPads, and iPod Touches.

Re: iPhone 4 for the Verizon Network

Re: Apple's iPhone 4 for the Verizon Network. 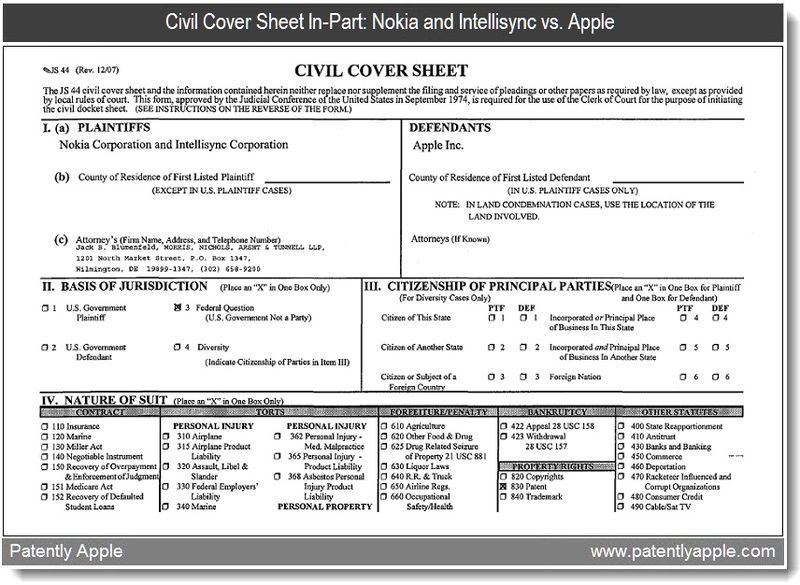 The case was filed in the United States Delaware District Court. The Judge has yet to be named in this case. For some interesting background on this ongoing war, check out Florian Mueller's report titled "Nokia vs. Apple: impact analysis of ITC determination, next steps, and an updated visualization."

In case you missed the news last Friday, the United States International Trade Commission ruled that Apple did not violate 5 Nokia Patents as was alleged in a filing on January 28, 2010. The five patents and their respective claims that were not violated by Apple Inc. are noted below: