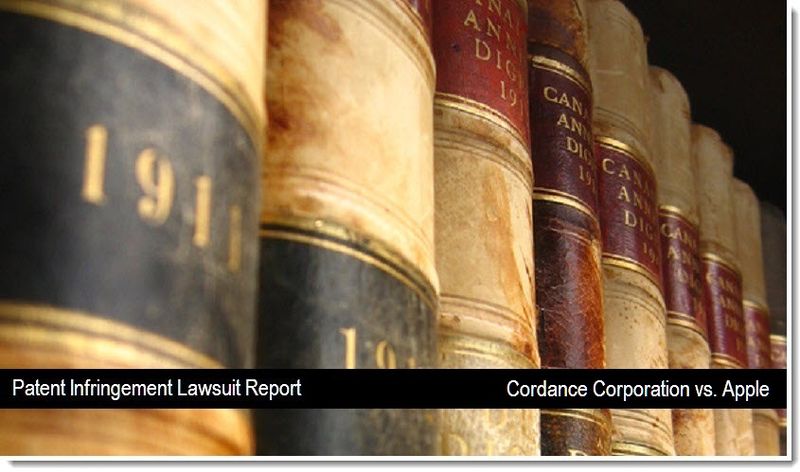 Cordance Corporation, formerly known as OneName Corporation, is the pioneering developer and provider of digital addressing technology. Digital addresses (commonly known as "i-names" and "i-numbers") are essential for a new layer of safe, private, trusted identity and data sharing services.

According to Cordance's website, they were the ones who created the original digital addressing technology that became the basis for the XRI (Extensible Resource Identifier) and XDI (XRI Data Interchange) open standards at OASIS.

Their CEO, Vince Caluori was once the Manager of Space Division Business Development at the Boeing Corporation. So it's clear that Cordance is a serious player in their field.

In their legal complaint, Cordance states that Apple offers digital products such as songs and movies through their online store accessed by the media organization and purchasing platform known as iTunes. After deciding what product is desired, an Apple customer can purchase digital media (e.g. a song) through the iTunes platform with the single click of a mouse.

On information and belief, Apple has infringed, and continues to infringe, literally or under the doctrine of equivalents, the patent 6,757, 710 entitled "Object-Based On-Line Transaction Infrastructure," at least by implementing its iTunes purchasing platform. 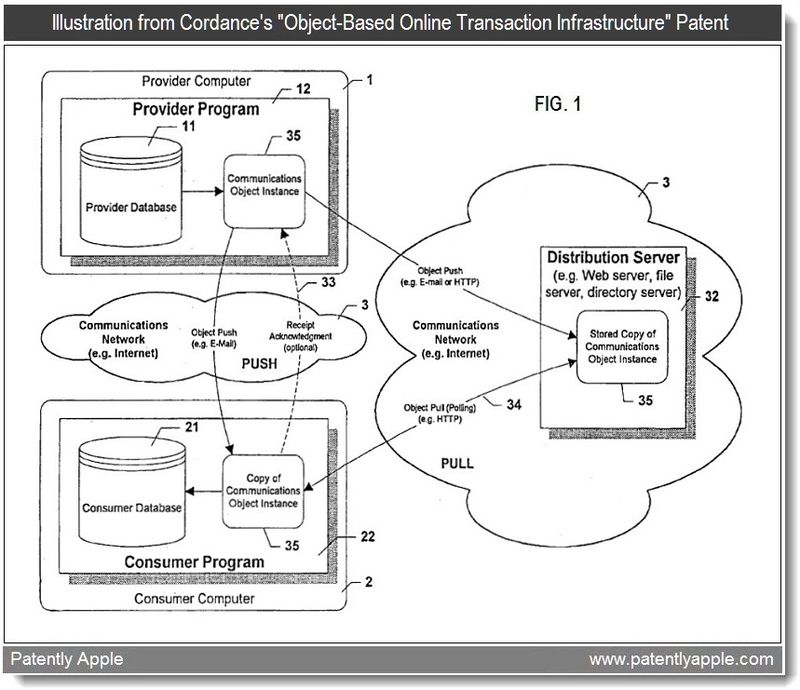 This could be an interesting case because Cordance's patent wasn't officially granted until June 2004, though filed in 2002. In between that time Apple launched their iTunes Music Store in April 2003. Apple had already conducted business with their own transactions system for more than a year before Cordance was granted their patent. I think that will give Cordance a headache in court.

Update 11: 50 AM, MST: From what we could gather, the transactions system that Apple employs in iTunes is based on Amazon's one-click system, though that could have changed over the years. But for the sake of argument, if it remains true that Apple is using Amazon's system, then there's an interesting twist to this lawsuit that may take some time to iron out. The twist is outlined in Florian Mueller's latest blog entry on this very same case. The bottom line is that Amazon beat Cordance in court over this same patent. However, it appears that the judge in that case overruled the jury's decision. The case is now apparently being looked at again by the Court of Appeals. This will be the case to keep an eye on as it could directly influence the outcome of this current case against Apple. 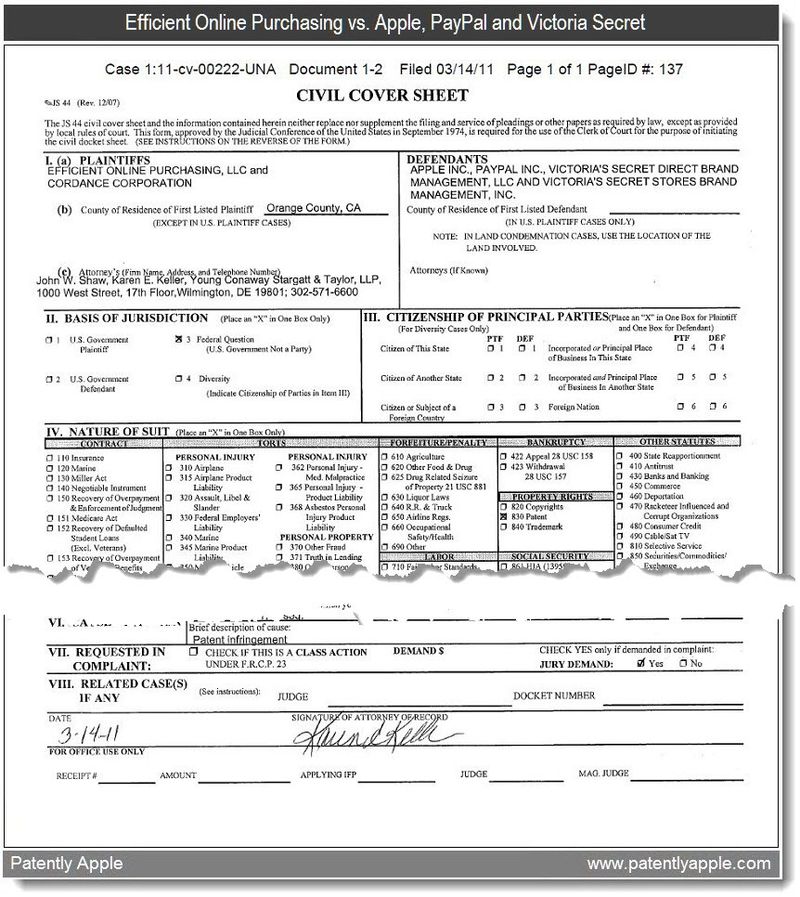 The case was filed in the US Delaware District Court. The presiding Judge has yet to be determined at this time.

The case against PayPal involves their "Check-out with PayPal" purchasing platform while in the case with Victoria's Secrets, Cordance is suing them over their "1-step express checkout" functionality.

@ Veggiedude. Excellent point, excellent feedback. In fact, it was so good, that we've just updated our report to cover that very point.

Apple pays a license fee to Amazon for the one-click check out. Why isn't Amazon being sued as well?