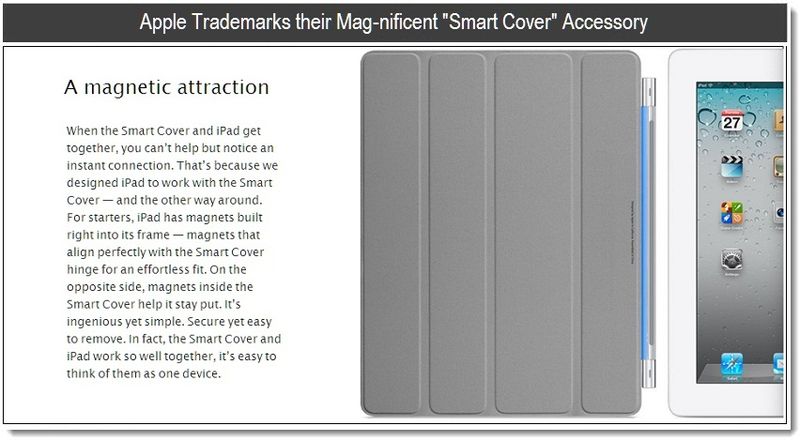 On March 23, 2011, Apple's trademark application for "Smart Cover" was made public in the Canadian Intellectual Property Office database. The trademark, which was originally filed for in Jamaica this past January, came under the spotlight during the launch of the iPad 2. This isn't our typical trademark report as there's a unique twist to it that's definitely worth noting.

On launch day, Apple's press release stated that the iPad 2 was "designed with a unique self-aligning magnetic hinge that makes it easy to attach and remove." Apparently Apple's engineers have a new fascination with using magnets and that was made evident in one of yesterday's newly issued patents.

It seems that Apple is thinking of introducing a new antenna system for their MacBook line up so as to smartly integrate telephony. One of the key methods of implementing this new antenna involves, you guessed it, magnets. Although the antenna patent didn't' discuss the design in terms of being implemented in a "Smart Cover," it's clear that it could be one of many options at their disposal.

Theoretically, Apple's new inventive magnetic system doesn't have to be limited to being that of an iPad cover. It could very easily be used to add solar power to their MacBook lineup as well. It's an idea that's been rolling around in Apple's Cupertino labs since 2008. Solar power panels built into a magnetically attachable smart cover would be the ideal method of execution. It could be an optional accessory just as it is today for the iPad 2. If Apple didn't think of this yet, then I'll just ask them to send me the royalties when they do roll it out in the future. Hmm, I'm feeling a little richer already.

Apple's "Smart Covers" may also be headed for the iPhone and other idevices in the future if Apple's legal trademark verbiage is any indication. You could read about that further below. 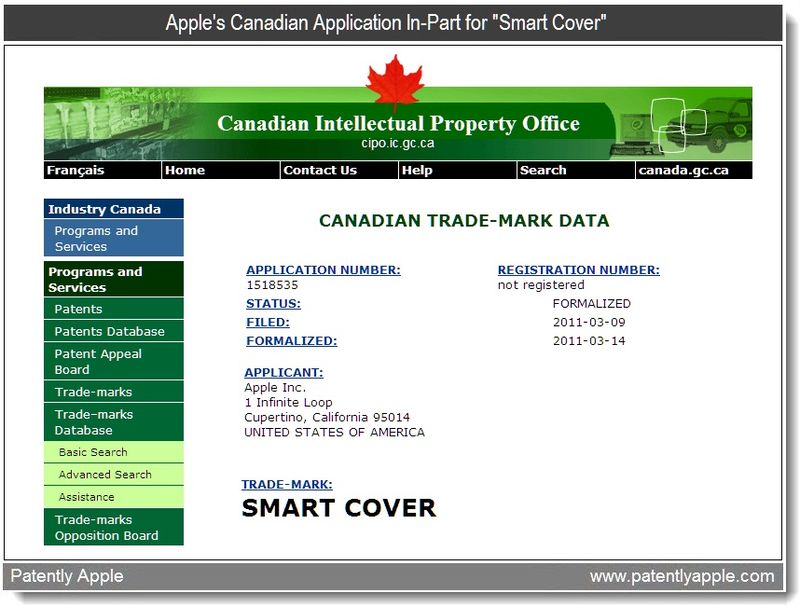 Apple's "Smart Cover" trademark application was filed under the classification of "Wares" and legally covers the following:

Update July 5, 2011: Apple has filed for the "Smart Cover" trademark in the US under application 85359955. The trademark has been filed under the single International Class 9. 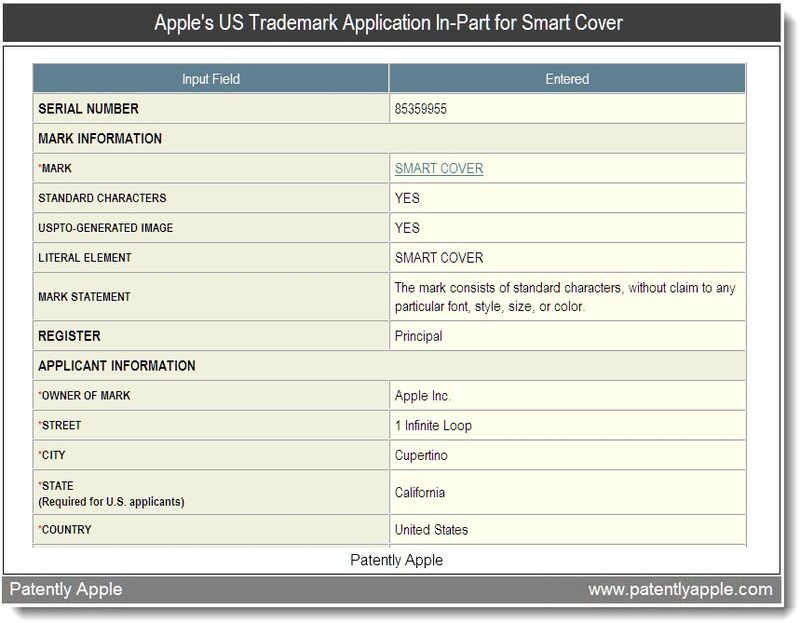