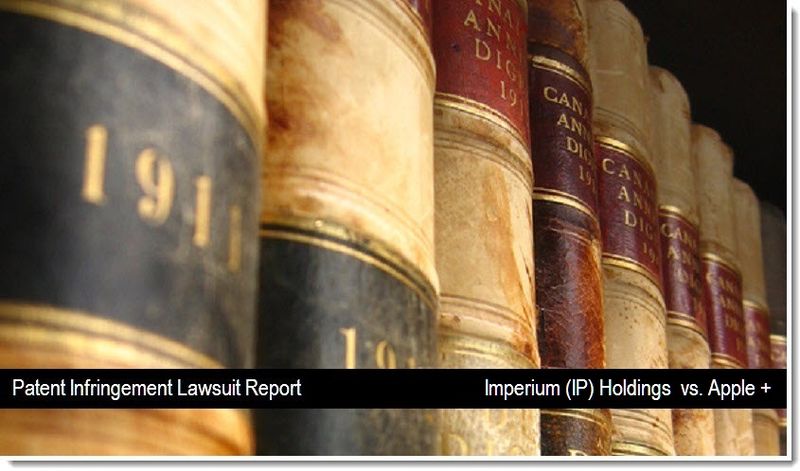 Imperium (IP) Holdings, Inc. has filed a patent infringement lawsuit against Apple and other smartphone heavyweights such as Kyocera, LG Electronics, RIM, Sony Ericsson, Nokia and Motorola. Yet the case really isn't about smartphones as it is about the cameras they incorporate. Imperium Holdings holds five distinct patents that primarily deal with image sensors. 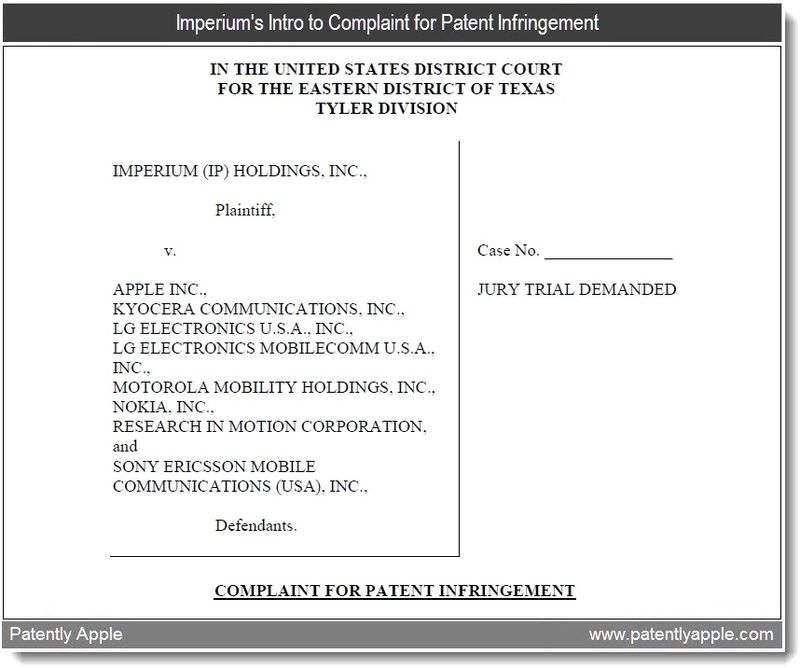 A simple Google search returns nothing on Imperium (IP) Holdings, Inc. What we know is that they're a Cayman Islands corporation with a simple "place of business" in New York. While the actual party or parties behind the suit aren't officially known at this time, the listed assignees on the actual patents are Conexant and ESS Technology which are viable existing companies. Whether these parties have hired Imperium to represent their case or have sold their patents to Imperium is unknown at this time.

The case is likely the most straight forward case that I've seen whereby they list the five patents that they believe are being infringed by all parties and seek judgment. No long drawn out story, no preaching, just a plain and simple case.

According to their complaint, Imperium believes Apple Inc, by selling the iPhone and other devices with image sensors, infringes on the five following patents:

1. Patent 6,271,884: Image Flicker Reduction with Fluorescent Lighting. The assignee on this patent is noted as being Conexant Systems, Inc.

Imperium's claim against Apple in respect to "other devices with image sensors," is clarified in patent 6,271,884. In this patent, their primary patent figure, as shown above, illustrates a desktop incorporating a camera. One of the complaints against Apple therefore would be that their entire Mac line-up of computers incorporating the iSight camera system would be considered an infringement on their IP. The patent was granted in 2001, prior to Apple's iSight debut in 2003.

The Next Four patents list the assignee as being ESS Technology Inc.

5. Patent 7,109,535: Semiconductor Device for Isolating a Photodiode to 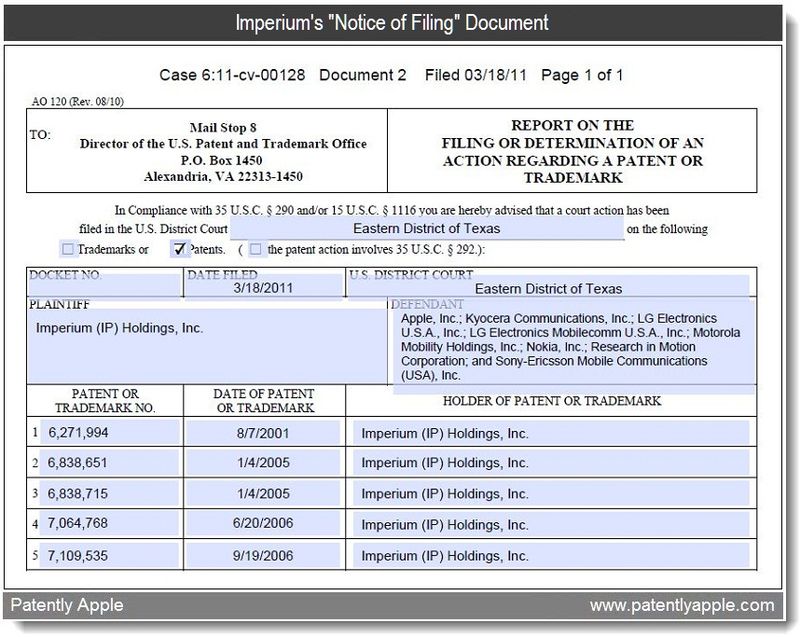 The case was filed in the US Texas Eastern District Court by Kaye Scholer LLP of Washington, D.C. March 18, 2011. For those in the legal community, you could find more information under case number 6:2011cv00128.