Apple Advances the Antenna System for the Telephonic MacBook 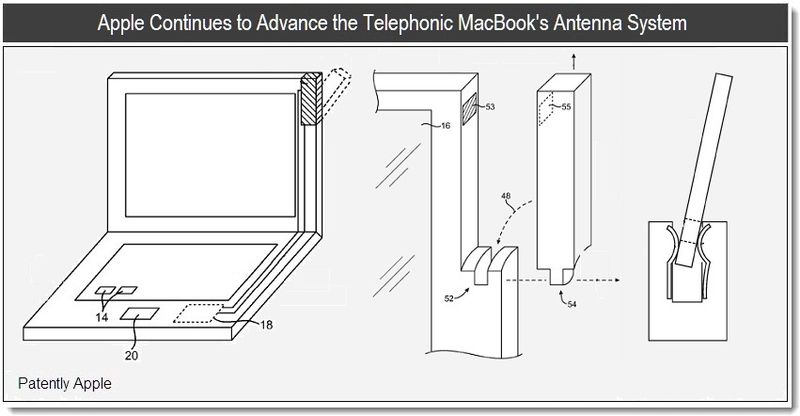 The US Patent and Trademark Office officially published a series of 22 newly granted patents for Apple Inc. today. The most interesting patent came to us as a complete surprise this morning as it wasn't originally covered. More than likely, the patent was filed in a way so as to escape the regular channels. The good news is that this patent advances Apple's new antenna system from previous applications. We were first introduced to Apple's intentions for a Telephonic MacBook back in August 2010. This was followed up with two related granted patents for a cellular antenna for a MacBook that were published respectively in September 2010 and February 2011. Apple continues to advance the concept of a Telephonic MacBook which will hopefully see the light of day sometime in the future – hopefully sooner rather than later.

Once again, Apple has snuck through another new piece of the Telephonic MacBook in relation to its proposed antenna system. Although we've chosen to call it the Telephonic MacBook because it relates best to Apple's illustrations, the fact is that it could also be applied to a future version of an iPhone, ultraportable device yet unnamed and yes, the iPad.

Apple's antenna system would be ideal for a Telephonic MacBook or some form of MacBook Tablet combination. Yet it's the Telephonic MacBook that still remains the favorite for the adoption of this proposed antenna system – especially for when MacBooks leap to LTE or 4G wireless technology sometime in 2012. These next generation wireless networks are geared for heavy data/internet traffic in contrast to today's voice based networks like 3G.

The MacBook's Removable and/or Extendable Antennas 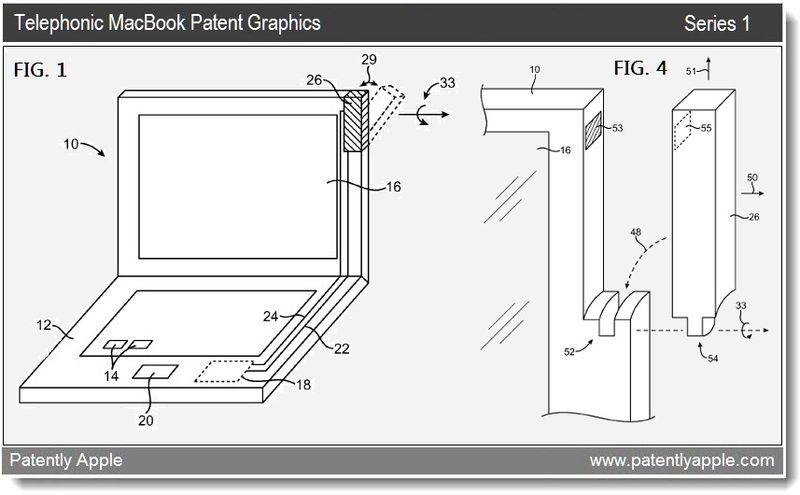 Apple's Patent FIG. 4 also shows us that the Telephonic MacBook's antenna may use a magnetic coupling structure (patent point #53) corresponding to magnetic coupling structure (patent point #55) to hold the antenna in place. It appears that Apple may employ the very same type of auto aligning magnet system which was first introduced with their new iPad 2 Smart Cover.

It must also be understood that this is a patent graphic describing an invention and concept and not an industrial design patent. Meaning, don't get caught up into the fact that the patent graphics shown here are illustrating a clunky notebook. I think the majority of Macites understand by now that whatever device that Apple will eventually use this antenna system on, will end up having an impeccably implemented and almost invisible look to it. 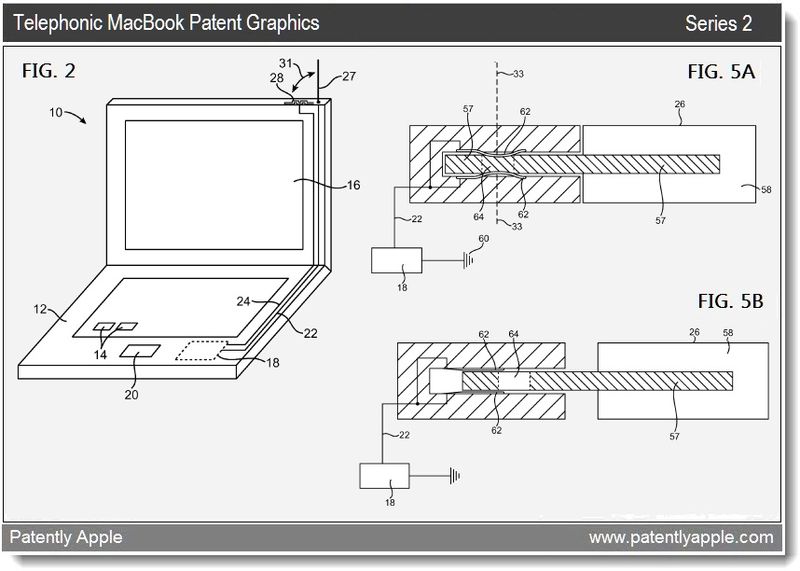 The Three Stages of Coupling 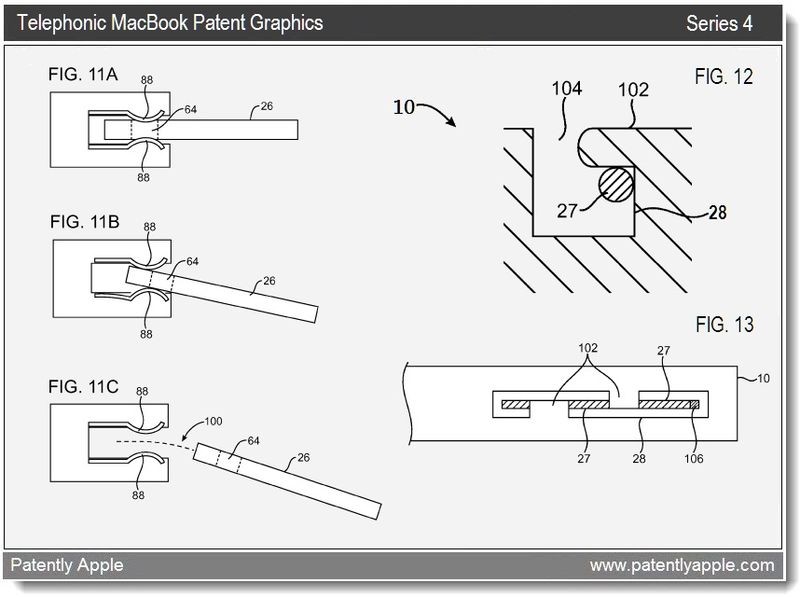 Apple credits Brett Degner and Matthew McDonald as the inventors of Granted Patent 7,911,397, originally filed in Q2 2008. Apple was also granted another antenna patent that is related to the iPhone under patent 7,911,387.

I am looking forward to MBP 2012. And i love Apple's attention to detail in patent doc's.