The US Patent and Trademark Office officially published a series of 18 newly granted patents for Apple Inc. today. The notables within this first group includes one that relates to Apple's portable device retail packaging that Steve Jobs lent a hand in somehow and another for invisible light transitive displays that have, in-part, already been put into action on MacBooks. Lastly, Apple has won their fourth and fifth Light Sensitive displays in the last four months. The proof of a future display working with an advanced light-pen is certainly gathering steam.

Apple has been granted their fourth and fifth Light Sensitive Display patents in the last four months. Behind the scenes, there's even more proof of Apple working on touch display specific pens and we'll discuss this again in the near future. All of Apple's granted patents on this invention appear to have been acquired from three Oregon based engineers slightly after the release of the iPhone and ten months after Steve Jobs scoffed at using a "stylus." The distinction here, however, is that these new Light Sensitive Displays and associated pens are not your typical "stylus" type pointers. It's all part of Apple's "Magic Show" marketing verbiage to keep the competition off their track. 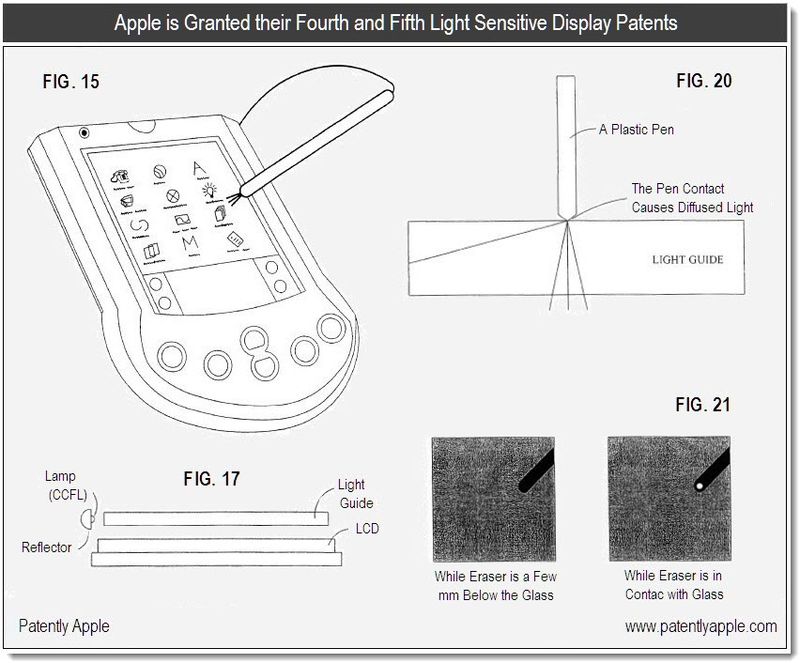 Apple has been granted a patent for an invisible, light transitive display system that becomes visible when illuminated from behind. Apple's patent covers a laser beam system that could be used to create microscopic holes in specific designs so as to create shapes in devices like the iPod or MacBook Pro. The designs could include creating the Apple logo so that it's flush with the surface of the MacBook. Additionally, some designs, like the power button of the MacBook, would actually become invisible when the MacBook is off. This extends to other functions as noted below. 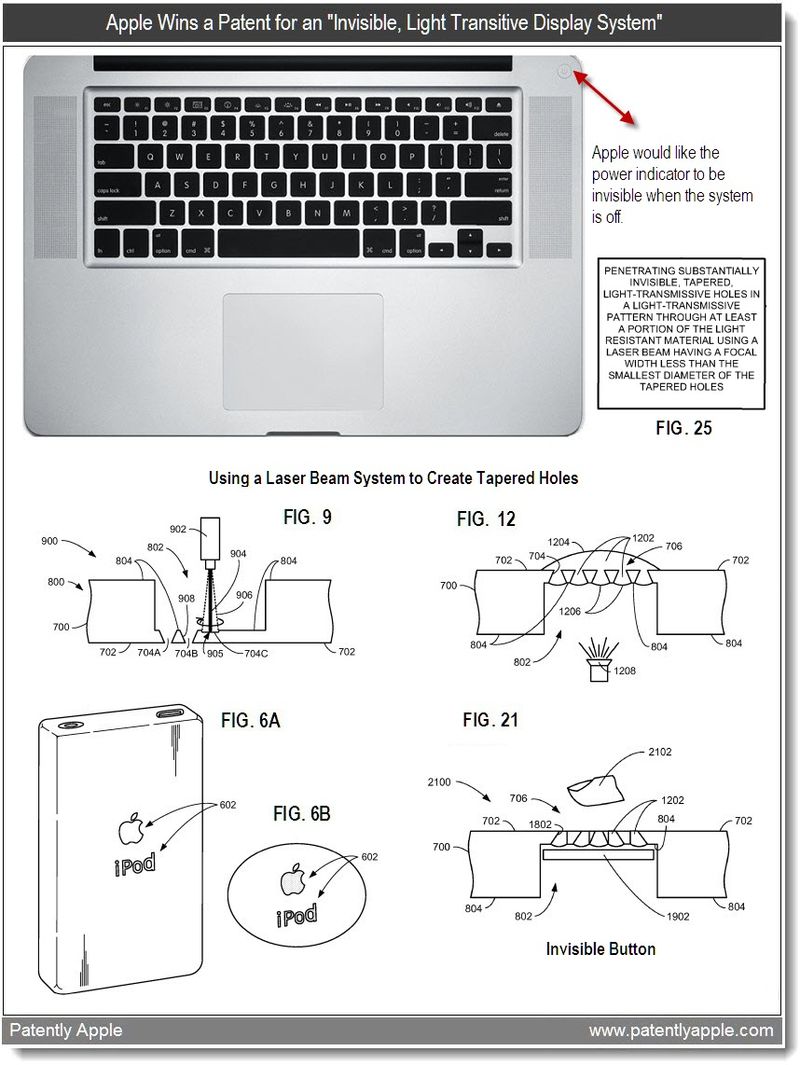 Apple's MacBook webpage on design states the following: "Then there's the sleep indicator light. An indicator is functional only when it's indicating something. Look to the right of the thumbscoop. You see nothing. Until you close the display and your MacBook Pro goes to sleep. Then an LED glow appears from inside the enclosure. How? During the CNC process, a machine first thins out the aluminum. Then a laser drill creates small perforations for the LED light to shine through. These holes are so tiny that the aluminum appears seamless when the light is off.

One of Apple's original patents on this goes back to 2008 where they describe how they could use this on a metallic iPod. Apple's patent describes the power button being made invisible when the MacBook is off. Patent FIG. 21 shows the intent of creating an invisible button. The question becomes what Apple meant by invisible. The Power button on the MacBook and iMac is flush with the body of these devices and is almost invisible to the eye when off. So it's hard to know if this segment of the patent has been totally fulfilled.

Apple states that branding could be particularly important in the highly competitive marketplace of consumer electronics. Consumers of such devices tend to be discriminating and savvy. As a result, competition for their loyalty is fierce. For example, consumers have become familiar with the clean, minimalist appearance of the iPod which is known for its elegant, yet simple design. It may diminish from the aura of such a well designed product to present it to consumers in a standard cardboard box. A package that is more fitting of the high-tech design of the product is what consumers have come to expect. 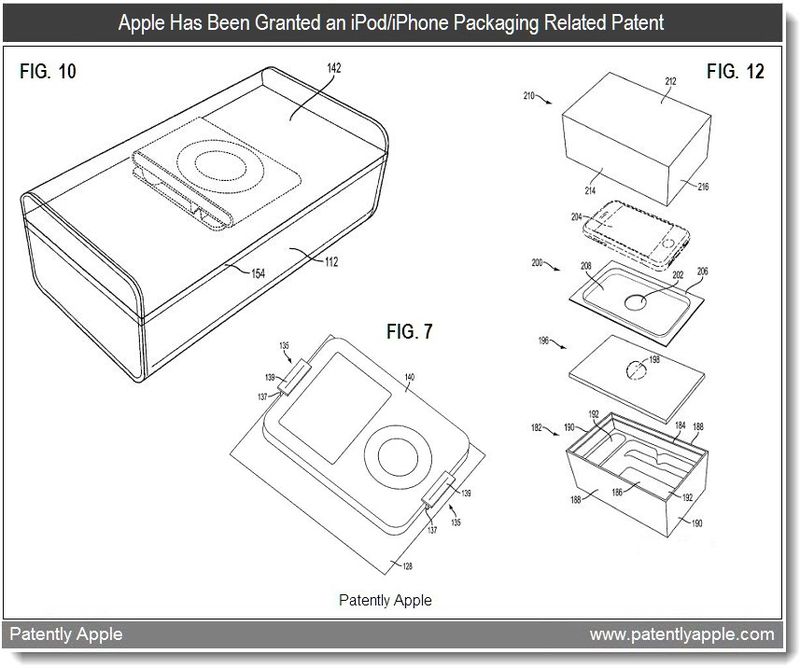